<img src="http://www.qromag.com/wp-content/uploads/2011/09/wilcothewholelove.jpg" alt="Wilco : The Whole Love" /><br /> A certain lofty point of success, longevity, and influence, music acts reach the point where they can only really be... 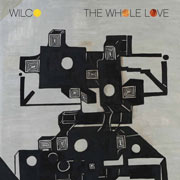 A certain lofty point of success, longevity, and influence, music acts reach the point where they can only really be compared to themselves.  Chuck Klosterman had it best in his mock-review of the remastered Beatles catalog, "A band that can only be described as ‘Beatlesque’."  Alt-country mainstays Wilco have reached that point – at more than a quarter-century, their music is best described as ‘Wilco-esque’.  The Whole Love doesn’t reach the groups prior heights, but does make for an appealing record as they add in/heighten the sixties pop & folk flavors.

Note that this does not apply to opener "Art of Almost", which is a real departure for the band thanks to its techtronica and darkness, relying on keys and bass (live, singer/guitarist/frontman Jeff Tweedy even goes without a guitar for the song – QRO photos).  It is actually quite interesting, but no Wilco fan would want a whole record of this "Art".

Click here for photos of Wilco at Central Park SummerStage in New York, NY on September 22nd, 2011 in the QRO Concert Photo Gallery

Instead, the rest of The Whole Love sticks to the Wilco formula that made them kings of the alt-country world, while leavening it with softer sixties sounds.  Sixties keys are wrapped into the pop of single "I Might" and rockabilly of "Standing O", while the decade’s chordal harmonies come to play on "Sunloathe".  The quiet and sad loss of "Black Moon", "Rising Red Lung", and extended closer "One Sunday Morning (Song for Jane Smiley’s Boyfriend)" all feel right out of the Wilco playbook, as does the bright sway "Born Alone" and relaxed sway follower "Open Mind".

All the pieces on The Whole Love are enjoyable, but they can struggle to be memorable.  "Open Mind", for one, feels too relaxed; better is the alt-country trot "Whole Love" that serves as the eponymous album’s anthem.  "Capitol City" is a great ‘wish I was with you’ Wilco ditty, but one can’t avoid the comparisons with "Hate It Here" (QRO video) from 2007’s Sky Blue Sky (QRO review).

If, "Almost" aside, Wilco aren’t reinventing themselves at this point, there’s no reason that they should – and a legion of fans that’d rather that they didn’t.  The band may never again reach the original heights of Yankee Hotel Foxtrot or A Ghost Is Born, or even the highs & lows of Sky Blue Sky, but have kept up their standard on The Whole Love.