The entrance to 50 Kent is on North 12th Street and Kent Avenue, just off the East River.  It is the replacement for Williamsburg Waterfront three blocks to the... 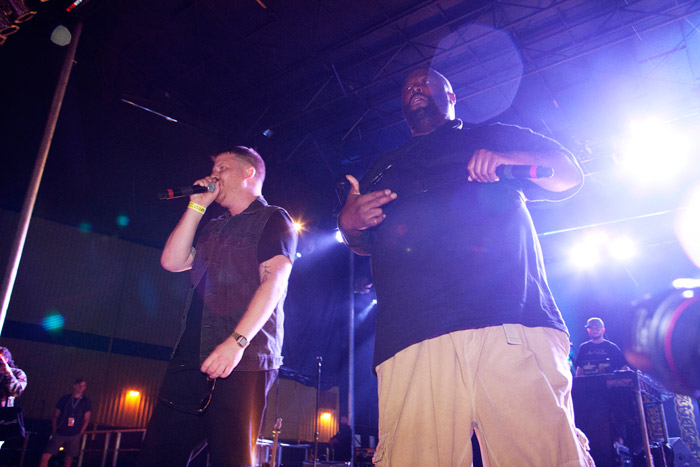 The entrance to 50 Kent is on North 12th Street and Kent Avenue, just off the East River.  It is the replacement for Williamsburg Waterfront three blocks to the southwest on Kent, and opened on July 17th, 2012 with Counting Crows, We Are Augustines, Field Report, and Kasey Anderson & The Honkies.  In 2014 its name was changed from Williamsburg Park to 50 Kent (it’s address, akin to the closed 285 Kent).

Stretching over two blocks south, and from Kent Avenue to the East River, the ground is concrete, and fences surround all four sides.  Unlike Williamsburg Waterfront, 50 Kent is a city park, not a state park, and thus there is no separate ‘beer area’, just 21+ wristbands (though the beers run seven to eight dollars).  There are booths selling food and drinks at the Kent Avenue and North 12th sides, with the stage itself next to the river, though closer to the North 10th Street.  There is a VIP area between the front of the stage and North 12th.

Just as Williamsburg Waterfront replaced McCarren Park Pool, 50 Kent replaced Williamsburg Waterfront, and the Waterfront as a venue will not be highly missed, as it never emerged from the shadow of McCarren Park Pool, and in 2011 saw the loss of the relocated Pool Parties.  There are still a few free shows at 50 Kent, but it is mostly a ticketed venue.  However, it is not on par with NYC’s similar-sized summer outdoor venues such as Central Park SummerStage or Prospect Park Bandshell, as it has neither those venues extensive free concert series, nor their impressive sound system (and a concrete floor is never good for sound).  Still, it is new and has room to grow, plus keeps a big outdoor venue in Williamsburg.

The entrance is on North 12th Street & Kent Avenue 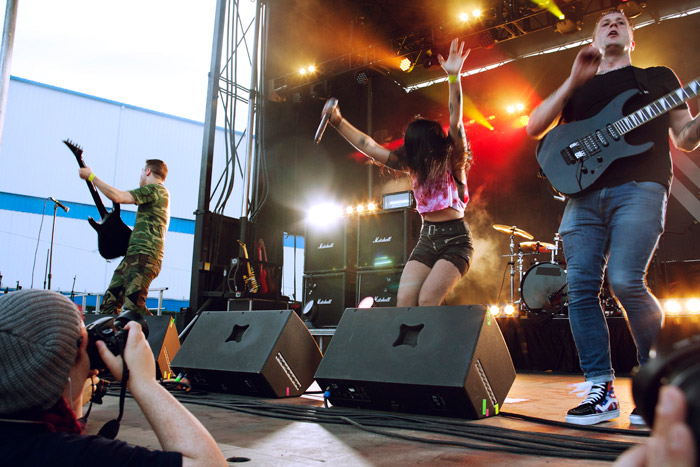