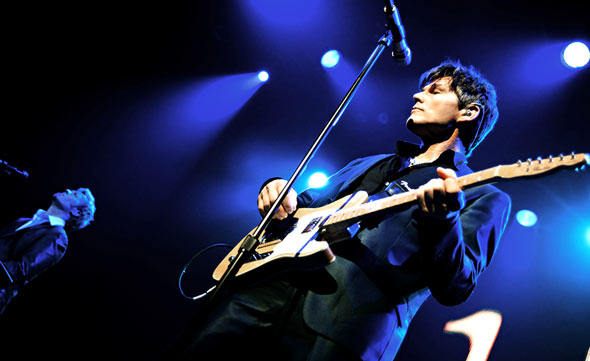 Norway’s greatest exports, a-ha, are touring the globe in support of their farewell tour, the aptly named “Ending On a High Note”, which references both the band’s illustrious career, and perhaps a nod to lead singer Morten Harket’s vocal range as well.  The band hadn’t played North America in nearly twenty years, and with only five U.S. dates on the tour, it was the last (and quite possible the first) chance for many American fans to catch the band before a-ha is laid to rest. 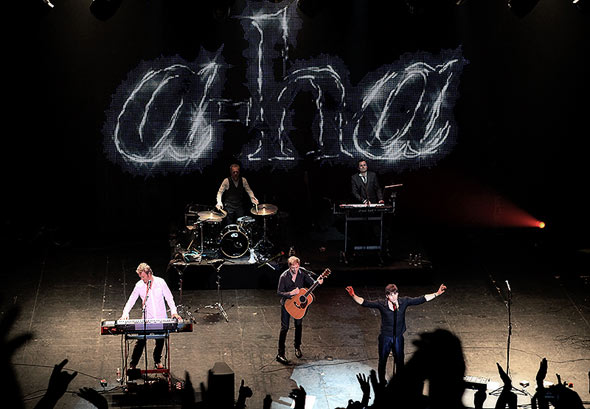 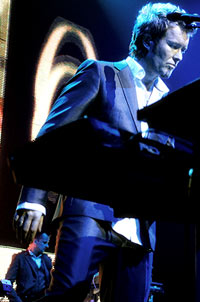 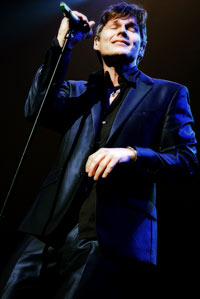 The show began with a selection of newer material, and for anyone who believes a-ha’s relevance ended with the ‘80s and that the band faded into oblivion, the sold out crowd at Los Angeles’ Club Nokia on Sunday, May 16th begged to differ.  The majority of those in attendance knew every word to every song, new material included.  While the band was never able to recapture the commercial glory that occurred stateside with 1985’s Hunting High and Low, they have enjoyed continued success around the globe with their eight additional studio albums. 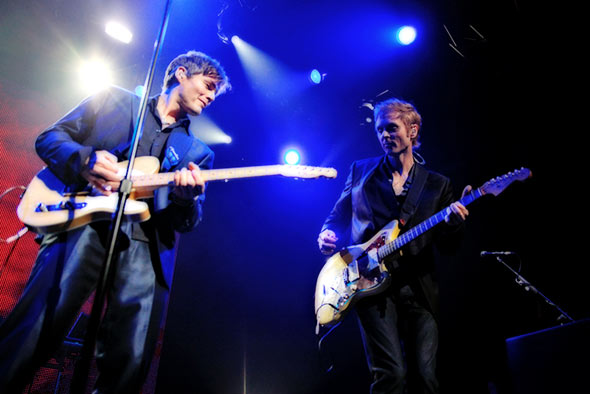 Paul Waaktaar-Savoy, the main songwriter and guitarist, was seemingly content to try to stay in the shadows for the night, where he has preferred to be throughout the band’s career.  Ever the shy one, he scarcely uttered a 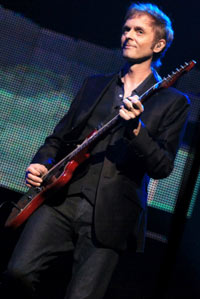 word.  Harket had a few thank yous for the fans toward the end of the show, but remained relatively quiet as well.  The master of ceremony for the evening was handled by keyboardist Magne Furuholme, the most effervescent of the bunch.  He expressed his heartfelt gratitude to the fans, and continually encouraged the crowd to have fun.  And have fun they did – most notably, the fifty-something white haired man in the front row, who busted out many a move not seen since the eighties, complete with 360° spins.

Nearly half of the one hour and forty-five minute set focused on selections from the Scoundrel Days and Hunting High and Low albums, but the band worked in at least one track from every record.  Even after all of these years, Harket was still able to hit the high notes with remarkable accuracy.  The night’s most magical moment allowed the band to demonstrate the beauty of their songs at their core, when stripped away of all electronic elements.  A breathtakingly beautiful acoustic medley of “And You Tell Me” and “Early Morning” thoroughly impressed. 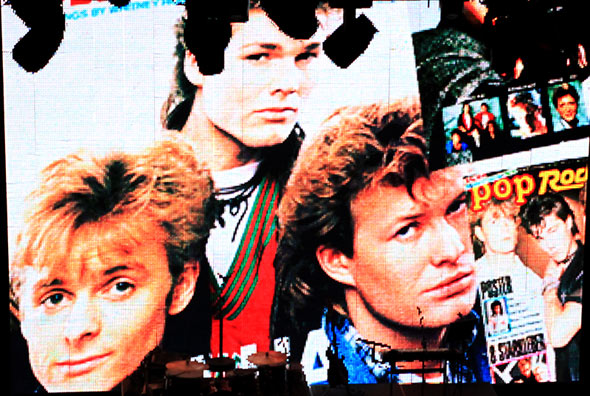 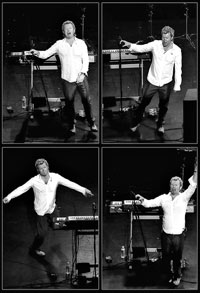 The most amusing moment came from the giant photomontage that was splashed across the big screen.  It was comprised of some of the dozens of teen based magazine covers the band has graced throughout the past twenty-five years, with bad hair and fashion on full display.  It was quite a sharp contrast from the modern suiting all three members chose to wear for the evening’s performance.  One striking similarity between the past and present were Harket’s cheekbones, which could still cut glass today, even at the age of fifty.

Twenty-five years after taking the world by storm, a-ha gave a fitting tribute to songs that sound just as good today as they did at their inception.  It was pure pop perfection.  Though slightly bittersweet seeing it all come to a close, was it ending on a high note?  Absolutely! 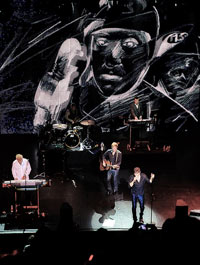 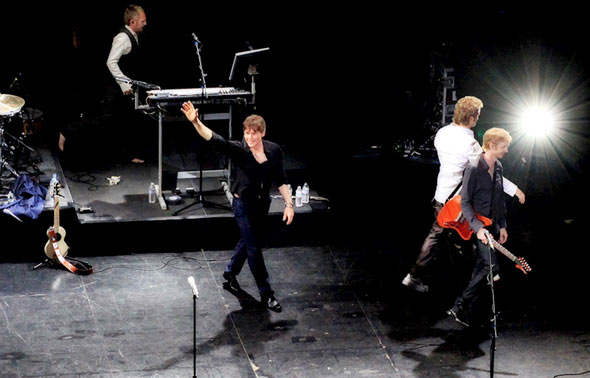