APTBS have progressed and still offer fresh, flickering music, with a sound you can recognize because it’s genuine, not a copy or a self-parody.... 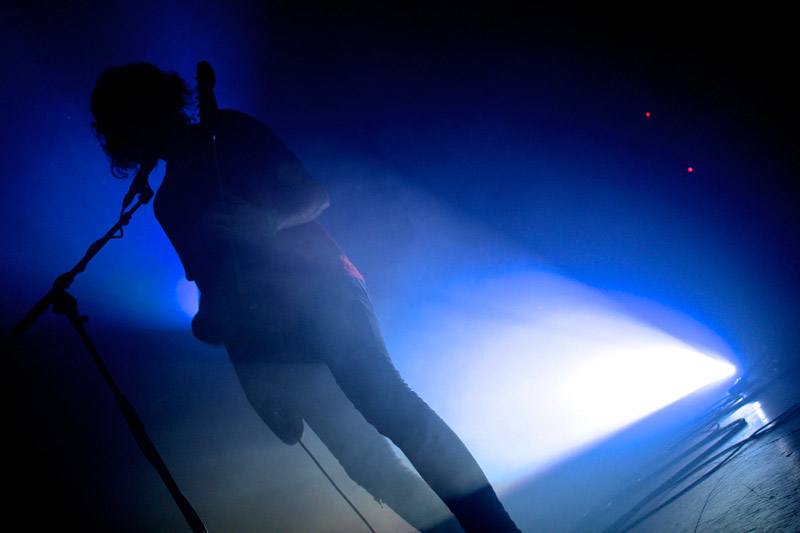 I clearly remember the first time I watched A Place to Bury Strangers in a small room (the real first time was at the Primavera Sound 2008). A wall of sound & noise and a disruptive lightning made for a concrete-like texture and experience. Surprisingly, they were like a noise version of Sunn O))), the kind of band you wanted to keep playing, because they were the most ear-shattering players you have ever witnessed.

Years later, APTBS have gone through different line-up changes in their rhythm section but with their new-found stability, they have progressed and still offer fresh, flickering music, with a sound you can recognize because it’s genuine, not a copy or a self-parody. They came to Melkweg in Amsterdam on Saturday, April 24th. 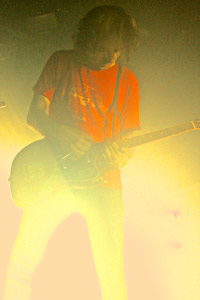 Anyway, their subtlety on record is not entirely displayed onstage. As usual, the band goes out possessed and armed with sonic axes. “We’ve Come So Far”, from new record Transfixation (QRO review), opened the set but Oliver Ackerman (QRO interview) and Dion Lunadon (QRO interview) just waited another number to throw their guitars to the floor, in the first of the many moments of anger and power, à-la The Who. And as usual, they seem too big a band to be playing small venues. Almost a decade and six gigs later, they’re still an exciting and unpredictable band to watch.

The more direct approach they have in recent records left some space to old tunes like “Drill It Up”, sung by Lunadon, or “Ego Death” from Exploding Head (QRO review), arguably their tribute to The Jesus And Mary Chair or Love and Rockets (you choose). 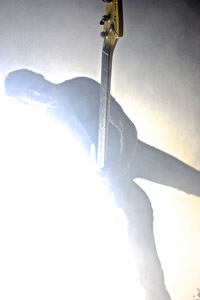 The hysterical “I Live My Life To Stand In The Shadow of Your Heart” reset their historical clock back to their first record ended the set. Then, as QRO narrated a couple of weeks ago in the U.K. (QRO live review), Lunadon and Ackerman took a couple of amps with them and with the help of some laser beams improvised a 15-minute electro-goth thing (to wrongly define it, somehow) that was dark, tense and far away from their usual sound. It reminisced one of their earlier tracks, “Sunbeam”, but without the benevolent, catchy riff. Incredible.

Alas, according to drum master Robby Gonzalez, they haven’t properly recorded any of those impromptus.

A shame, as those really are something else and constitute a new facet in their already dense career. 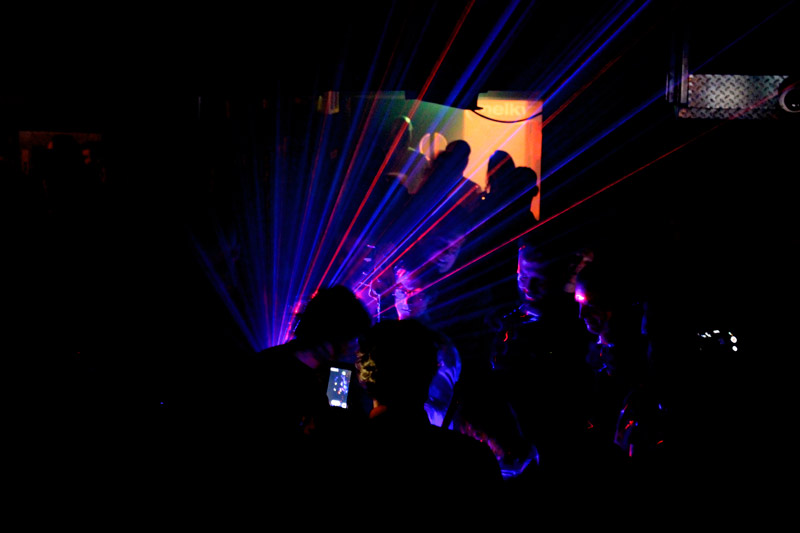