The most aggressive remedy for dislodging yourself from a chocolate egg stupor is a night with ‘New York’s loudest band’.... 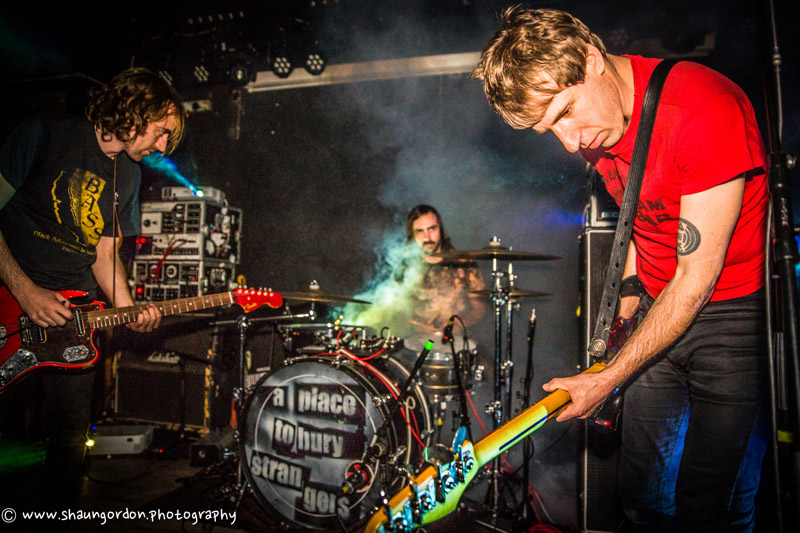 The most aggressive remedy for dislodging yourself from a chocolate egg stupor is a night with ‘New York’s loudest band’. Nottingham’s Bodega played host to a raucous finale to the lazy Bank Holiday Monday with A Place to Bury Strangers’ trademark aural onslaught for the city’s most ambitious sound-seekers on April 6th.

The humble earplug became an oracle of the APTBS’ impending set. Those tiny squidgy cylinders, squeezed knowingly into noise-hungry ears were the proof: the rumours were true. So as guitarist and singer Oliver Ackermann (QRO interview) struck the first chord of “We’ve Come So Far”, the crowd was shook into the present. A chest-jolting, brain-rattling din sent people backwards with the impact. 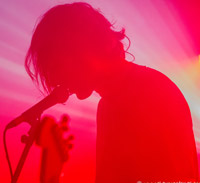 In the darkness, with only the streaks of strobe lighting, the trio cut a chaotic silhouette. Ackermann’s guitar was glimpsed abandoned mid-air and the short bursts of bright light showed glimmers of raw mania. The surging buzz and sporadic feedback of “Straight” ricocheted through the crowd and set the level for an hour of harsh, but intricate, industrial noise pop. 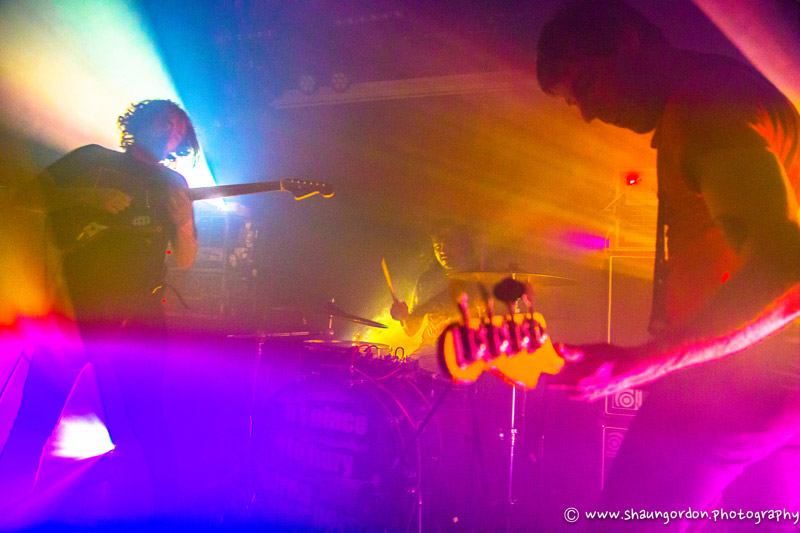 Hushed lyrics blurred by stratospheric guitar screeching and the atmospheric fury of “You Are the One” ended the set, or so the crowd thought. But when bassist Dion Lunadon (QRO interview), slid an amp into the crowd, the audience’s curiosity pulled them closer. Tinged with an element of sadism, the audience enveloped the band, regardless of the expected savagery from the speaker. From the intense, sweaty nest centred in the audience, APTBS ignored curfew and spent another twenty minutes in a huddle of spontaneous layered fuzz, framed by a halo of smart phones. 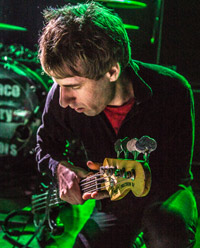 Their latest album, Transfixiation (QRO review), is a suitable analogy for the band’s live shows: close to the bone. APTBS approach their gigs like curators, not musicians. They’re a band that moulds their set to the space.

It seems unfair to brand the band as simply loud, when there’s detail and intensity underneath all that reverb. It’s not surprising how seriously they take the live sound when Ackermann’s designing and creating with his effects pedal company, Death By Audio, back home.

Hear that? That incessant ringing bouncing through your eardrums is APTBS’ parting gift; a souvenir from a show well done. 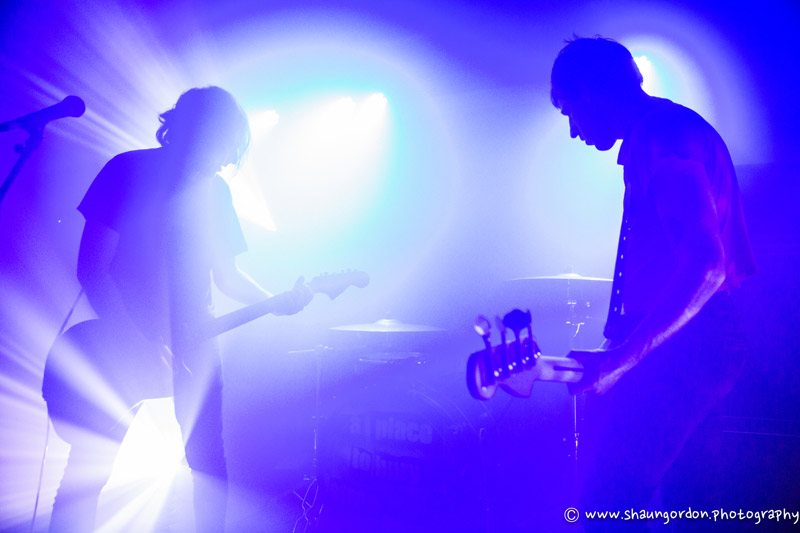