A Place To Bury Strangers : Live

<img src="http://www.qromag.com/wp-content/uploads/2012/05/aplacetoburystrangersmay6.jpg" alt="A Place To Bury Strangers : Live" />When you have seen a band several times, it almost seems inevitable that they won't surprise you anymore.<span>  </span>But... 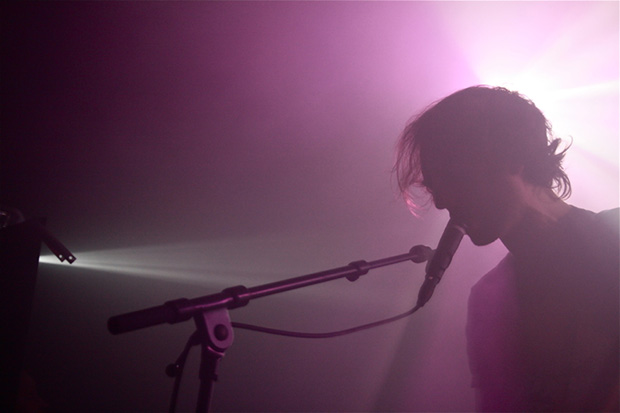 Click here for photos of A Place To Bury Strangers at Terminal 5 in New York, NYo n March 28th, 2012 in the QRO Concert Photo Gallery

Click here for photos of A Place To Bury Strangers at Bluebird in Bloomington, IN on March 22nd, 2012 in the QRO Concert Photo Gallery

When you have seen a band several times, it almost seems inevitable that they won’t surprise you anymore.  Just look for your own examples.  But that doesn’t mean they give a bad performance.  It’s just that, once a band establishes a certain personality, it’s a bit complicated not to sound familiar.  But if you listen carefully, you can really know if a band works on their set list, if they try new sounds or new arrangements for their songs…

So Paradiso in Amsterdam on Sunday, May 6th was the sixth time that yours truly watched New Yorkers A Place to Bury Strangers live, one of the very few bands that really do what’s described in the preceding paragraph.

Two years ago, it was original bassist Jono Mofo who left the band to marry his life-long girlfriend, being replaced by Kiwi musician Dion Lunadon, former member of The D4 and NYC’s The True Lovers.  Now, drummer Jay Space also left the building recently, and has been replaced by Anchorage specialist Robi Gonzalez.  Anyway, those changes didn’t change the competence of the band onstage.  On the contrary, they still look compact and extremely solvent live.

APTBS are in the last stages of releasing their third record and their gig at Amsterdam’s Paradiso was useful to see the current creative stage they’re in.  Surrounded by tones of smoke, the band started their set with "In Your Heart", one of their more approachable tracks, but the tone of the concert fluctuated between the accessible and the simply blunt, which in their case, tends to be more fun.

Continuing with the accessible side, if that makes any sense in the APTBS context, "I Lost You" and "Drill it up", sung by Lunadon – and both from their latest EP, Onwards To the Wall (QRO review) – were as ‘easy-listening’ as they (and we) could get, as the group quickly reminded the audience why the Washington Post described them as, "The most awesome, ear-shatteringly loud garage/shoegaze band you’ll ever hear."  Older tracks like "Don’t Think Lover", "Ego Death" or "I Lived My Life To Stand In The Shadow of Your Heat" felt like the essence of APTBS are about: noise, chaos, tension, anger, asphyxia, suffocation, hypnotism… 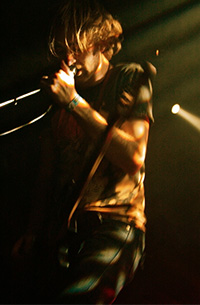 "I Lived My Life…" had a long ending that gave way to the song that usually ends their set, "Ocean", which sounded slower than usual, like reminding their first days of existence.  APTBS only played for an hour but with them it’s always enough as it’s not only about enjoying the gig but also assimilating what they offer.

"Everything is constantly changing, man," said singer and guitarist Oliver Ackermann once the gig was over, in reference to the line-up changes.  But now, more than ever, APTBS are in a position where everything looks possible.  They can range from their trademark distortion to clear and effective post-punk songs, onstage it’s not only Oliver being the main and reckless character, as Dion Lunadon is also singing and joining Ackermann in their instrument-and-pedal-destroying feast, and they can either play club or festival venues with the same strength.

So now, more than ever, if they keep changing things, they’ll make the right choice. 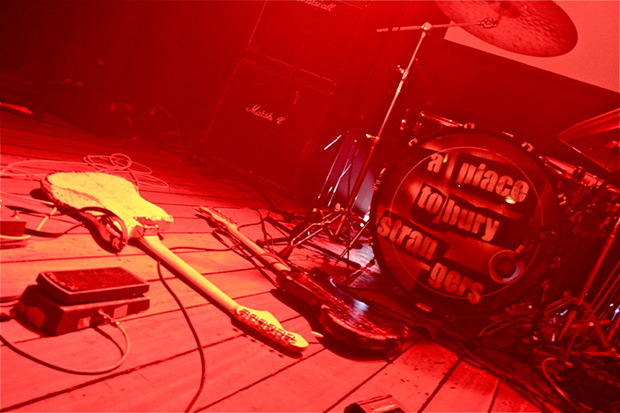