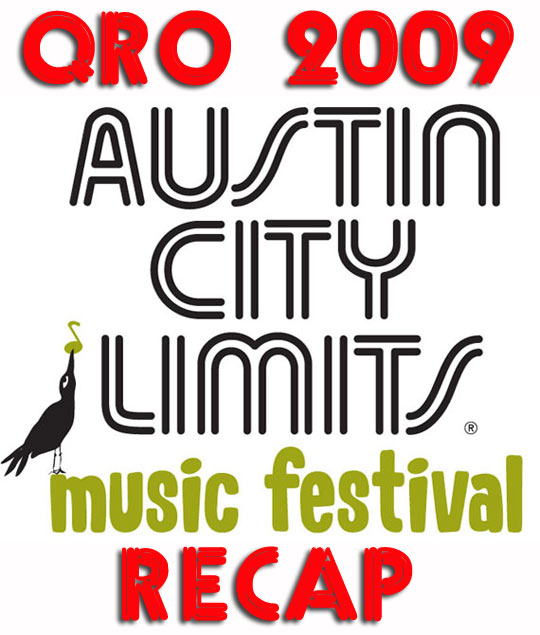 Despite potentially detrimental line-up shifts, the Austin City Limits festival maintained a stellar cast of bands that had all-access passes for the three-day festival sold out in early May.  Boasting more diversity than ever before, the festival drew everyone from hippies to hipsters.  Every day over 65,000 fans flooded Austin’s Zilker Park, creating a nostalgic love-all Woodstock-ian feeling that was only strengthened by the layers of mud caked on visitors’ feet.  An unexpected deluge aside, ACL may have had its finest year yet, handling stumbling blocks gracefully and pulling together for an amazing weekend:

Who was seen & what was said:

Avett Brothers – Day One:  “The Avett Brothers‘ chemistry is an amazing thing to experience.  They perform with such warmth and care, and they bring you into the family with them.“

Blitzen Trapper – Day One:  “Blitzen Trapper is the modern equivalent to a jam band.  Their songs have that sing-a-long quality, but with the talent to give them longevity.”

Andrew Bird – Day One:  “There are no words to adequately describe Andrew Bird‘s shows.”

The Dodos – Day Three:  “The Dodos‘ vibrancies made up for a washed-out early afternoon bunch by providing endless energy in their 45-minute set.”

Girl Talk – Day Three:  “Arguably the biggest crowd of the day … was for an artist that doesn’t even use real instruments, Girl Talk.“

Grizzly Bear – Day Two:  “Grizzly Bear‘s career finally seems to be garnering attention from a wider audience.  The set, unfortunately, was somewhat of a disappointment.“

The Low Anthem – Day One:  “The Low Anthem has commented on their subtle sound’s inability to compete with the constant techno beat in ACL’s background, but their early morning set was the perfect start to the festival.”

Passion Pit – Day Three:  “Although for many it was one of the most anticipated performances of the festival, Passion Pit fell way short of expectations.”

Phoenix – Day One:  “While not necessarily a stellar show, the energy and obvious gratitude Phoenix showed made up for technical flaws.“

Yeah Yeah Yeahs – Day One:  “Kings of Leon caught the attention of most of the festivalgoers, but a fair amount relied on the Yeah Yeah Yeahs as their closers.“