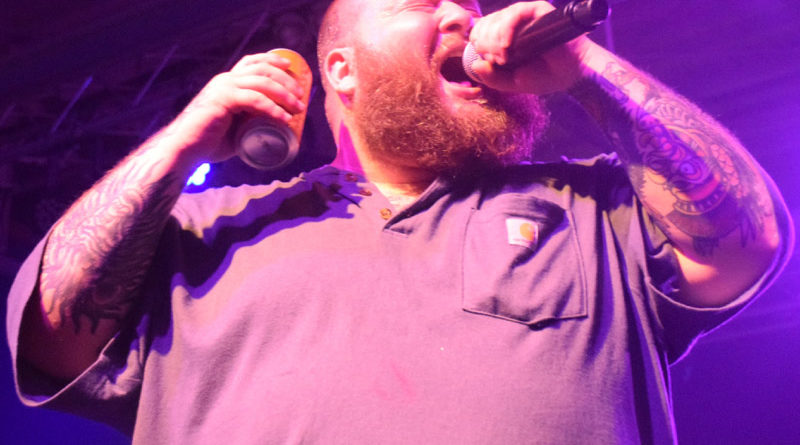 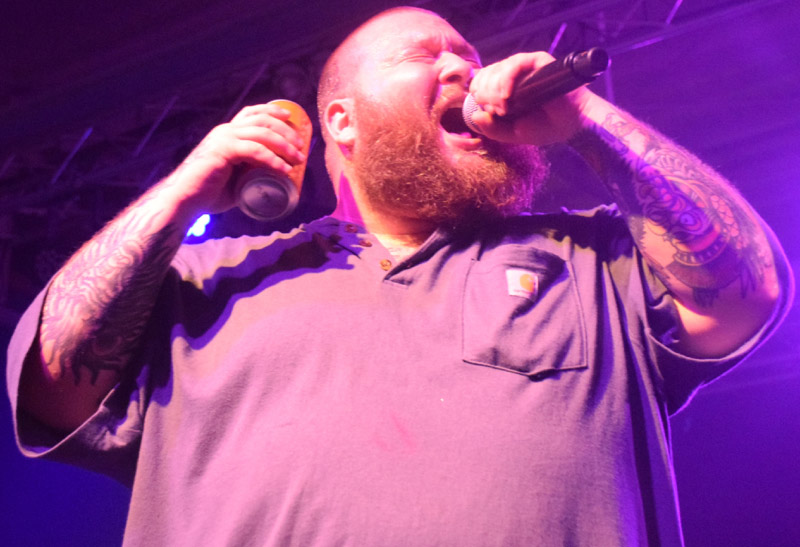 Since opening in 2011, Brooklyn’s House of Vans (QRO venue review) has become a summer staple. It’s not a high-minded, family-friendly, only a few shows for the young people place like Central Park SummerStage (QRO venue review) or Prospect Park Bandshell (QRO venue review). Indeed, it more brings to mind the late Pool Parties at McCarren Park Pool (QRO venue review), before that nearby space was transformed into an actual pool. And, as always, free beer doesn’t hurt.

But what does hurt is that this is the last year of House of Vans. While there have been events there earlier in 2018, including skateboarding (QRO photos), video premiere (QRO review), limited edition shoe sale (QRO photos), and a killer show by The Kills (QRO live review), Thursday, June 14th was the kick-off to the official final summer season, with Action Bronson and Darnell Williams. 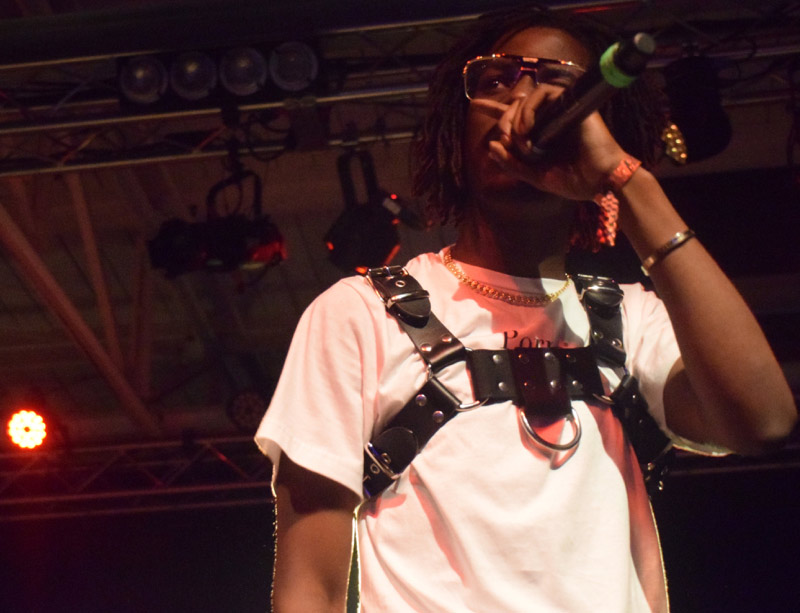 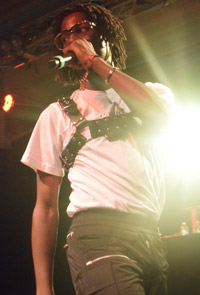 One issue that House of Vans has long had has been capacity. Because half of the warehouse space is outdoors, if it rains those folks head inside – so the place can only let in as many as the indoor space allows (and it’s not like the free RSVP event is making money selling tickets…). However, that also means that, when it is nice outside, like it was on Thursday, a lot of people stay out there (which is also where the beer tent, taco truck, and porta-potties are), and not inside where the stage is. This can lead to a light crowd, particularly for an opener like Darnell Williams, who did have some initial trouble warming up the audience. However, he eventually pulled it off (though what was that leather strap thing he was wearing over his shirt?). 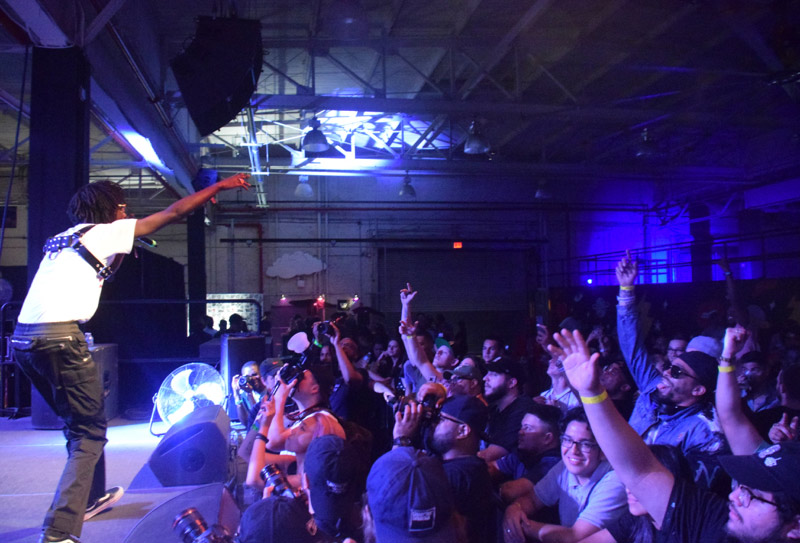 Click here for photos of Action Bronson from 2017 Riot Fest in Chicago, IL in the QRO Concert Photo Gallery 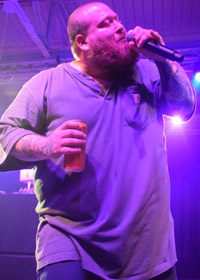 But the fans were there for Action Bronson. The rapper/chef/TV personality has become decidedly big in the last few years, thanks not just to his music but also his book & VICELAND TV show, Fuck That’s Delicious. Yet he hasn’t forgotten what brought him here, and it was impressive watching him command the stage at House of Vans, just him, his DJ, and his can of (presumably) beer. He did invite some friends on at points, though instead of other rappers, it was first crew to throw out not just t-shirts, but sweatshirts and even sandwiches. There was a saxophone solo; there was a guitarist for the cover of Peter Gabriels’s eighties classic “In Your Eyes”. There were even rather blatant photographers up there.

And yes, Bronson signed a fan’s copy of Fuck That’s Delicious – taking the chance to note that the new season of the show premieres on July 12th. 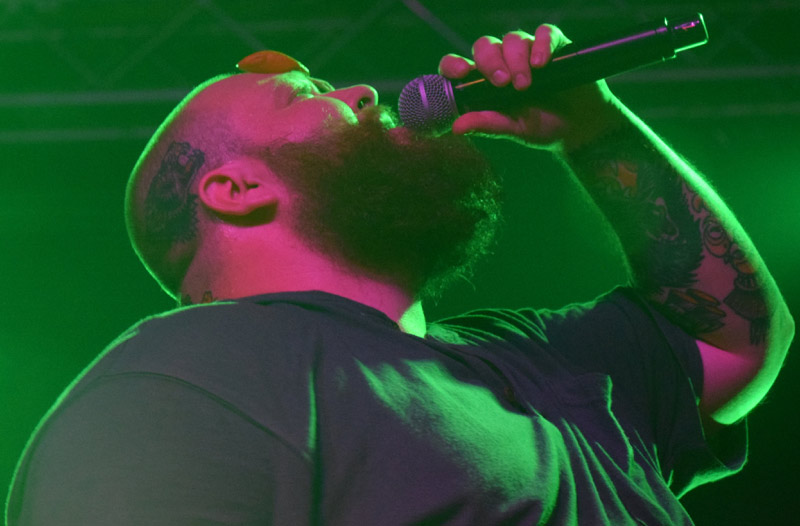 For its final season, House of Vans has lined up a slew of great, big name artists, ranging in genres from the hip-hop of this starting night to older alternative next up with Slowdive, and closing with before-they-headline-Madison Square Garden Interpol in August. Gonna be one final, hot summer. 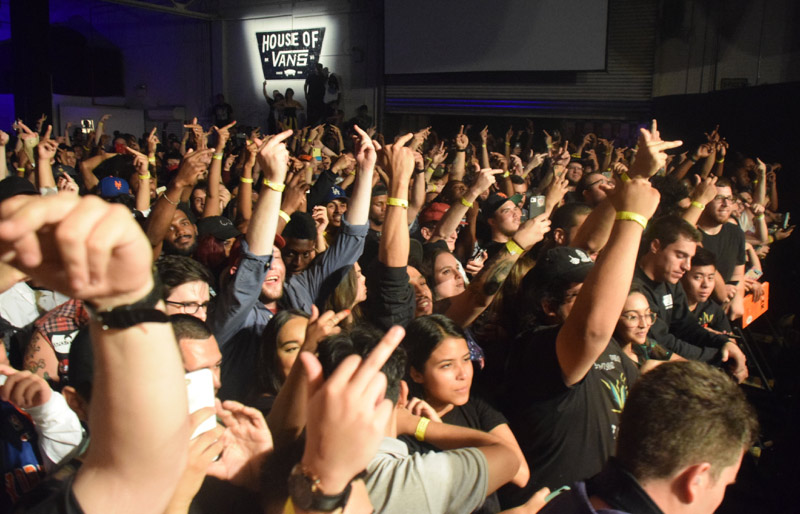