Aerosmith returned to the Borgata Hotel, Casino, and Spa in Atlantic City, New Jersey for the second and final tri-state area show of their ‘Deuces Are Wild’ East Coast run.... 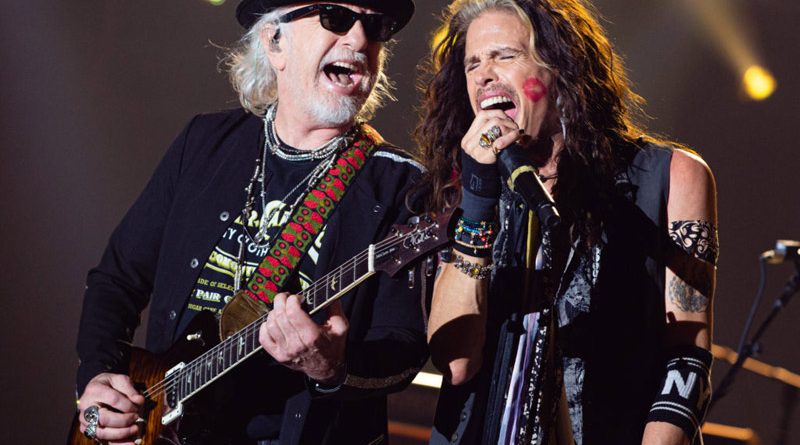 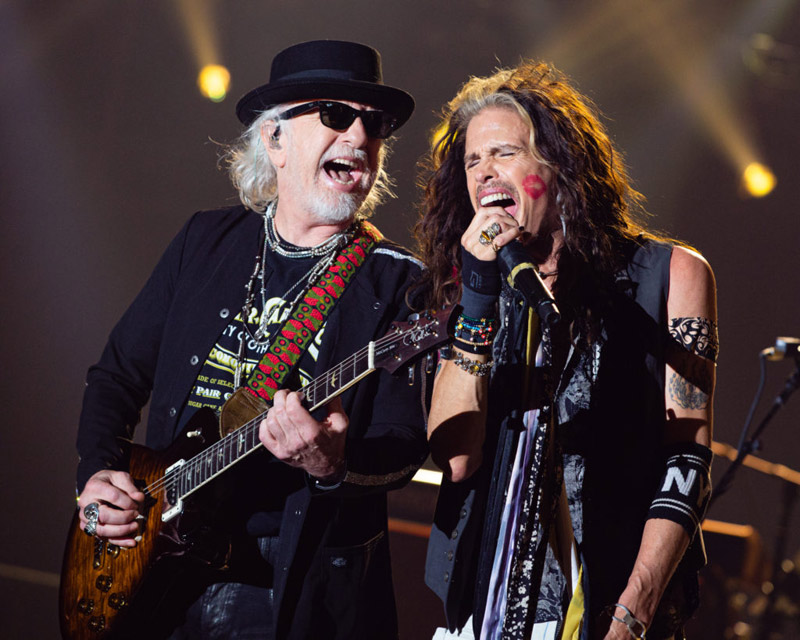 Aerosmith returned to the Borgata Hotel, Casino, and Spa in Atlantic City, New Jersey on Sunday, August 18th, for the second and final tri-state area show of their ‘Deuces Are Wild’ East Coast run. The limited engagement, with just nine dates in three cities, offered the Las Vegas residency experience to the opposite side of the nation for those unable to make the trip out West. Fans lucky enough to score tickets were awarded with a unique opportunity to see an arena-rock band in such close quarters.

The room at the Casino was split into several sections, with not one bad sightline in the house. Seating risers lined the back section of the room, while a standing-only general admission area filled a majority of the floor. A smaller VIP-section lined a triangle-shaped catwalk, which jutted out into the middle of the audience. Within this catwalk was a smaller penned-in crowd of a few dozen who were fully immersed with a panoramic view of the show. Those slightly more exclusive sections were rewarded with a lot of up-close interactions with the band once they took the stage.

Before entering the room however, there was confusion among those waiting patiently in the lobby as to the actual door-open time. As fans debated times, others nervously checked their watches in hopes of not missing a moment. It was just after seven o’clock when queued lines were let upstairs and led into the venue. At eight o’clock, a thirty-minute countdown clock appeared on screen accompanied by a visually stunning animation voiced-over by, and about, the quintet. Audio snippets of each member recalled certain aspects of their storied past and were laid over visually-stimulating motion graphics. The graphics complemented and gave life to the words, which made the wait decidedly more manageable.

Once the clock and the video concluded the screens rose as drummer John Douglas, who was filling in for an injured Joey Kramer, sat at the kit while the rest of the band ascended through a high riser near the rear of the stage. Once they geared up the show kicked off with the Tiny Bradshaw cover “Train Kept A-Rollin’” as heard on Aerosmith’s 1974 Get Your Wings album. Throughout their seventeen-song set, the group mostly bypassed the deeper cuts, instead opting to crank out the hits. At one point, prior to playing their hit love ballad “I Don’t Want to Miss A Thing”, front man Steven Tyler took a moment to declare that is was twenty-one years to the day of the song’s initial release.

Despite the overtly sensual lyrics from Tyler and the seductive moves of bandmate Joe Perry, the duo only had to effectively dodge one airborne brassiere hurled in Perry’s general direction. During another portion of the show, as Tyler stood atop a baby grand piano, security held back a woman from the inner VIP area as she tried to accompany the singer. Once the song concluded without incident, Tyler laid into the guard with an obviously snarky comment, admonishing his holding back the women — lest he may be publicly groped mid-song. Other obvious annoyances shown by the singer were directed towards a crewmember that missed a cue with the spotlight, as well as a constantly running dialogue with the off-stage engineers in charge of adjusting his in-ear monitors.

Despite any gripes, in the end the group put together an amazing live performance. The set was evenly split with a varied collection of older and newer hit tracks that spanned their entire catalogue. They even squeezed in a few bars of Led Zeppelin’s “Whole Lotta Love” as they jammed though the set-closing “Walk This Way”. As the balloons and confetti fell from the ceiling and the evening concluded, Steven Tyler had to personally address one disappointed fan in the audience who held up a sign all night requesting one specific song that unfortunately his request was not going to be played. Most everyone else made their way out through the casino as the maze of slot machines became inundated with a sea of people wearing shirts and hats adorned with Aerosmith logos.

Of Monsters and Men – Fever Dream