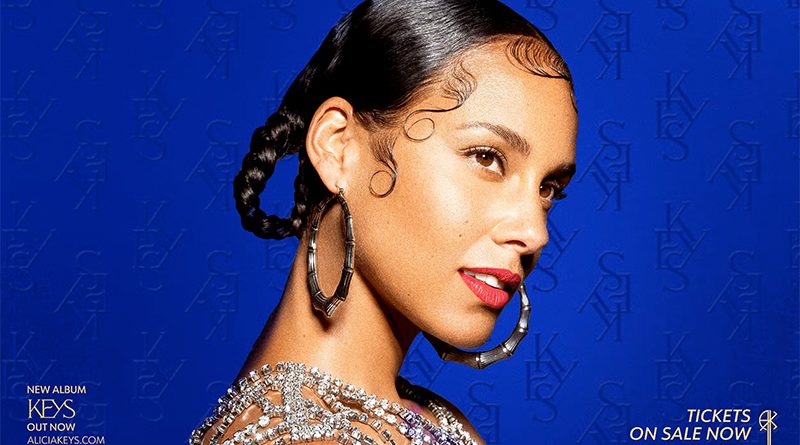 From the opening notes of “Nat King Cole”, Ms. Keys belted out hit after hit, mostly celebrating the music of Keys and Keys II. The stage, dark except for a light on her grand piano was empty save for a group of backup singers and an electronic keyboard. At one point she told the crowd that “this is for the originals, pointing to the grand piano and this is for Keys II,” signaling the keyboard. True to her word she switched between both instruments depending on the album each song came from.

The artistry of Alicia Keys lies in her piano playing and luckily she spent a lot of time seated at it. Moving from ballad to powerful anthem she showed off her talents to a packed house. Whether the crowd was there to hear new tracks, old tracks, piano or keyboard they were not disappointed for this show had it all.

The Black Keys & Band of Horses