Summer almost began at House of Vans with The Julie Ruin & Bleached.... 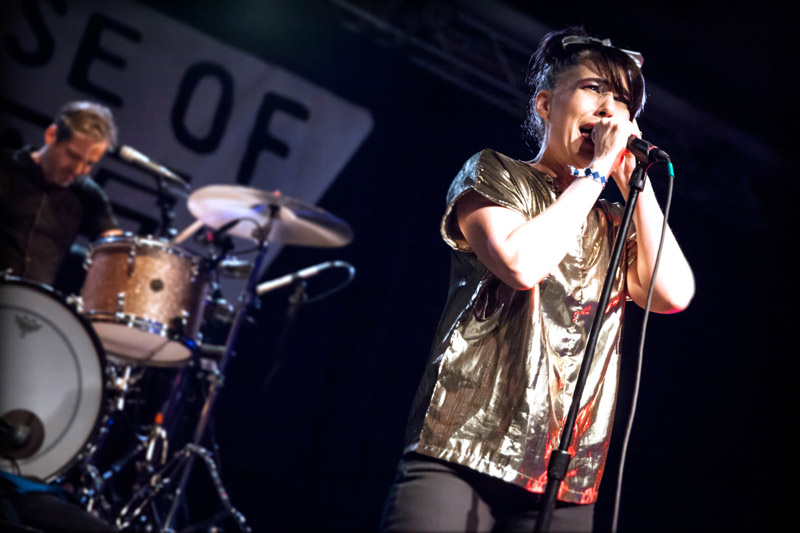 It was a brutal winter in New York, and everyone in the Big Apple has been enjoying the final arrival of warmer weather, even as stop-start as it has been. So Brooklyn’s House of Vans (QRO venue review) decided to start concerts there early this year with the ‘Almost Summer’ concert series, opening up on Saturday, May 9th with The Julie Ruin and Bleached.

Starting so early did have a major drawback: the L train was not running in Manhattan or nearby stops Lorimer & Bedford, as it’s been closed for repairs on weekends this month, in anticipation of a greater load during the summer. So subway-using Manhattanites had to either find a way to the G train, the only other line that stops near (which goes from Queens straight to Brooklyn, skipping Manhattan entirely), or handle the shuttle bus from the Marcy Avenue stop to the south; either way a major detour.

However, this had the upside of keeping the number of people at House of Vans relatively low (also helping to keep the crowd smaller than expected were threatening, humid skies and the whole event being announced just days before). Usually there are a bunch of attendees who just show up for the free beer, creating a massive scrum at the beer tent in the back and port-o-potties on the side, not to mention a long line to enter. But instead entry went smoothly and the lines inside were never a problem. 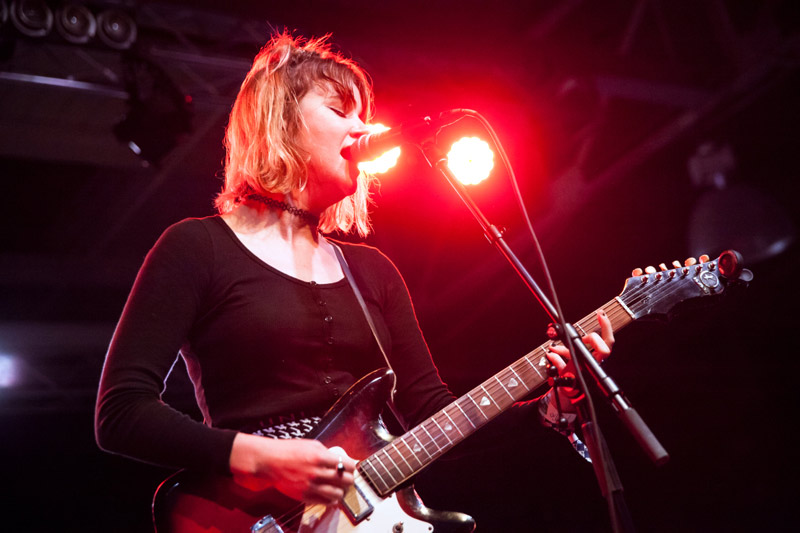 It was especially nice such beer-drinking bros weren’t in heavy attendance, as they would have been particularly ill fitting with the girl power line-up. Opener Bleached delivered some poppier girl-garage rock in the vein of Dum Dum Girls and others, though have gone from grungier to more straightforward punk with their newer songs (and did back-to-back covers of The Misfits & The Damned). 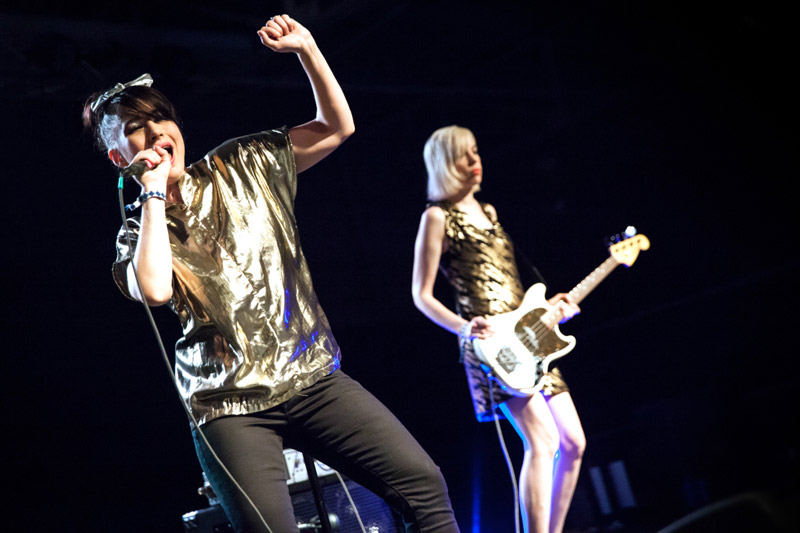 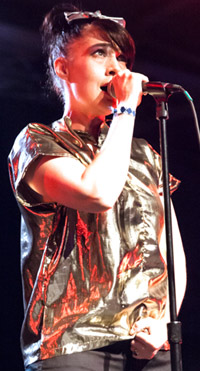 XX chromosomes stayed in charge with headliner The Julie Ruin, best known as the new band from the original Riot Grrrl, Kathleen Hanna. While the group began & practiced right there in Greenpoint, it was their first NYC show since 2013, after having to cancel headlining last year’s 4Knots Fest (QRO recap) due to Hanna’s struggle with Lyme Disease. It made for an exuberance on stage and off, with lots of girls dancing (the guys there didn’t want to try to join in and be ‘that creepy guy,’ at a show like this…). The Julie Ruin also found time for a solo Hanna song after the encore break, along with one or two each from Hanna’s prior act, Le Tigre, plus her famed original band, Bikini Kill – and for keyboardist Kenny Melman (the only non-drummer male who played on stage that night) to be the one to name check the new Lily Tomlin/Jane Fonda NetFlix series, Grace and Frankie (where the two meet after discovering that their husbands, played by Sam Waterson & Martin Sheen, respectively, are leaving their wives for each other…).

It was hard to take off once the music was done, and not just because they stopped giving out free PBR and many had a circuitous route home. But Almost Summer continues on the Saturday after next (May 23rd) with Parquet Courts, Radioactivity & Pill, plus one more event on Saturday June 13th with Pusha T & a “top secret” guest. And then the summer has only just started… 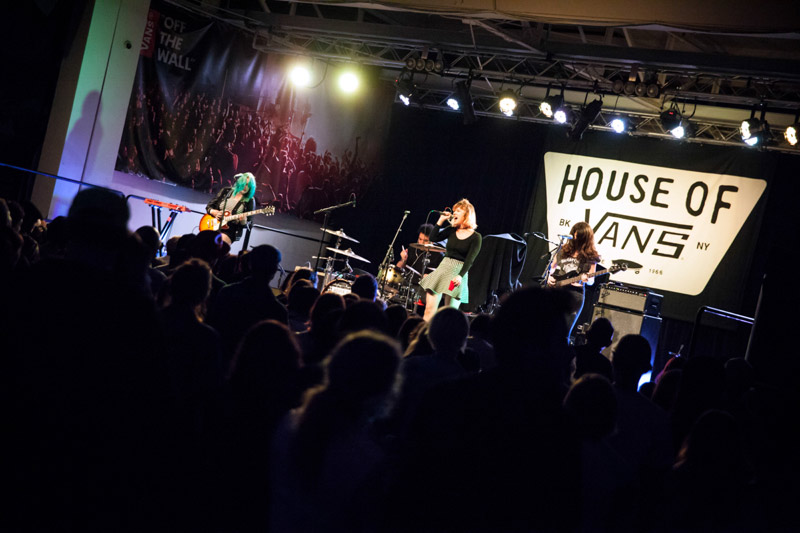