Andrew Bird – My Finest Work Yet

Andrew Bird has long been a ‘musician’s musician,’ a multi-instrumentalist doing everything from violin to whistling, a solo artist with grandeur.... 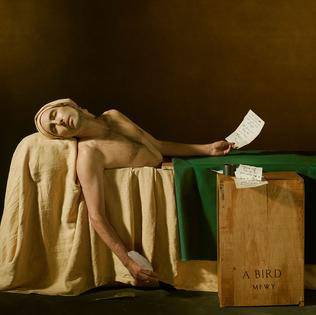 Photos of Andrew Bird at Fox Theater in Oakland, CA on October 22nd, 2019

Photos of Andrew Bird at Fillmore Live in Miami, FL on October 8th, 2012

Photos of Andrew Bird at Barbican Centre in London, U.K on March 5th, 2012

Andrew Bird has long been a ‘musician’s musician,’ a multi-instrumentalist doing everything from violin to whistling, a solo artist with grandeur. But for the first time he ventures into the political with My Finest Work Yet.

Photos of Andrew Bird at Converse Hall at Tremont Temple in Boston, MA on December 10th, 2010

Now, this isn’t some piece of agit-punk rhetoric rock – it’s still Andrew Bird. Indeed, Work begins with a whistle on “Sisyphus”, and Bird’s wry attitude and impressive instrumentation keeps up throughout the record, from the way of “Sisyphus” to the sweeping closer “Bellevue Bridge Club”. Yes, there are some songs about today’s world, like mentioning “an uncivil war,” quoting W. B. Yeats’ apocalyptic poem “The Second Coming”, and comparing now to the Spanish Civil War on “Bloodless”, but the piece is actually smooth jazz, and Bird sings “Ca-ta-lo-ni-aaaa” just as you want him to. Some of the political notes are a little heavy-handed, such as, “With no one to hate / They’d be out of a job” in the maudlin story-telling “Archipelago”, but better when bringing people together for the road ahead on “Olympians” and even “Don the Struggle”. Meanwhile, Bird’s diverse musicality is still on display.

Naming his new record “My Finest Work Yet” and having the cover be Bird in the famed French Revolution painting, The Death of Murat, fit with Bird’s wry sensibilities – but also with his more overt intent. All done with his strong music.