Angels & Airwaves comes back with the synthetic pop-punk of 'Lifeforms'.... 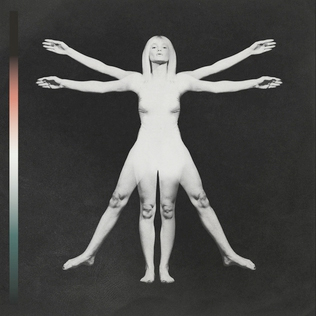 In the long-ago time of the turn-of-the-millennium, Tom DeLonge was the singer/guitarist for emo-punk hit Blink-182, before leaving for his own band Angels & Airwaves – and to search for UFOs, the latter of which he has become more famous for these days, as his group has gotten the U.S. government to admit to many sightings that are unidentified. He even rejoined Blink-182, only to leave again. Angels & Airwaves has suffered in those shadows, but comes back with the synthetic pop-punk of Lifeforms.

Declared a return to DeLonge’s rock roots, Lifeforms still has the electronic sounds, but largely doesn’t overdo, a major problem across popular music these days. Opener “Timebomb” is a nice showcase for the balance, while the darker political press (including referencing alien cover-ups) to “Losing My Mind” works at not going overboard. The following “Automatic” is some of the catchy lost teen girl pop-punk that made DeLonge famous, as well as pop-synth anthem to a “Rebel Girl”.

DeLonge has had a history of overpromising, whether with aliens or Angels, but also with actually delivering, from government disclosures to actual music. Lifeforms might not quite be a close encounter of the third, or 182nd, kind, but it is a solid delivery.