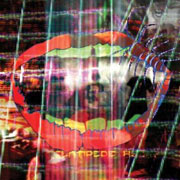 In the wake of what one could refer to as the online era of music, moral panic concerning downloading spread throughout record companies and the artist community.  The digital revolution made music more accessible for the audience, but wasn’t such a positive thing for artist and bands that made a living from it.  The music industry was told it had to adapt, as new music flowed through the internet faster than any record company could say “copyright.”  The revolution was not only seen in the artist/consumer relationship but in the way music thrived, which was a phenomenon in itself.  Genre distinctions became less vivid and music writers had to invent a new vocabulary to keep track of the growing number of new music directions.

When Animal Collective released their 2009 album Merriweather Post Pavilion (QRO review) they seemed to have incorporated all the musical innovation that this new era had generated.  At this point the band had already been experimenting with sounds for a decade, extracting songs from noise, distilling multifaceted psych folk from an eclectic mix of styles.  By Merriweather, they had refined their experimenting skills, thus achieving organized chaos.  Blazing in your ears was a colorful and vivid clash of electronic pop, psychedelia and freak folk that handled afro-beat as easily as a mellow rock moments.  The album ultimately juxtaposed the band into mainstream success and Animal Collective was on the lips of everyone looking for a soundtrack to modern times.

Releasing an album labeled a ‘modern classic’ naturally imposes certain expectations on its follow up.  Animal Collective’s latest effort, Centipede Hz, is their ninth studio album (having released a visual live album in between) and it has some big shoes to fill.  From the moment the album starts you can sense the tension in the air.  “Moonjock” kicks off rather disoriented and only momentarily the band is able to catch up with the aggravated rhythms and scattered sounds.  It becomes clear that you immediately have to adjust your expectations.  Approaching is an intensified Animal Collective and they’re not about to take you on a smooth ride around their dream worlds.

The tensions works especially well on lead single “Today’s Supernatural”.  Heavy, pulsating drums layered with Dave ‘Avey Tare’ Portner grunting, “Sometimes you gotta go get maaad.”  They move further away from dreamy freak folk on tracks like “Monkey Riches”, which is full of aggressive beats and sharp edged, droney electronica.  The same traits are found in the manic percussion of “Mercury Man” and “Amanita”, which closes the album in a whirlwind of industrial sounds and psychedelia.

There are moments on Centipede when the layers of noises or erratic percussion demand so much attention that it disrupts the natural flow of the songs.  Animal Collective seem content with simply hypothesizing the unthinkable routes of their music instead of following them all they way.  On a track like “Applesauce”, however, they have no problem with either structure or dynamics and you hear close-knit band working hard tirelessly to tie the song together.  The same naturalistic feeling comes through in the tranquil “Wide Eyed”, on which recently returned guitarist Josh ‘Deakin’ Dibb provides vocals.

On Centipede Hz, there are only remnants left of that contagious escapism bliss that characterized their earlier works.  With sharp indie rock taking forefront, Centipede Hz is visually more in tune with busy urban streets than surrealistic dream sequences.  Although, when keeping in mind that Animal Collective ultimately are a band of their time, the underlying aggression and impatience simply translates into cultural alertness.  This climate of turmoil have undoubtedly stirred up this musical collective but nonetheless diminished their creative wanderlust.  Yet at times it might make you long for a time when their skies seemed a bit bluer and their naive exploring brought them, as well as the listener, a little further away from the outside world.