<img src="http://www.qromag.com/wp-content/uploads/2009/02/animalcollectivempp.jpg" alt=" " />Hype and backlash threaten to get in the way of Animal Collective's latest, <i>Merriweather Post Pavilion</i>. ... 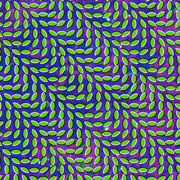 Animal Collective’s mix of organic and technological sounds has always been out there, to say the least, but it has also always been rooted in something graspable, as well.  That approach garnered the four-man group an underground cult following this decade, as their balance of electronica, alt-ambience, and nature very clearly stood out.  One would think that this would leave record after record in the comfortable, if limited, cult-appeal niche: beloved by their devotees, but ignored by everyone else.  Yet somehow their latest, Merriweather Post Pavilion, has been thrust into the hype spotlight – which unfortunately ends up detracting from an otherwise solid, relatively successful album.

Too often in the indie music world, hype is taken as fact, and when the mainstream gets a hold of it, watch out!  Suddenly regular acts and records are thrust into not just the spotlight, but a divisive, ‘you’re either with us or you’re against us’ – said act/record is either the greatest thing since slice bread (or even Radiohead…), or is the worst example of group-think over-hype hysteria this side of New Coke/Vanilla Ice.  Witness the nauseating over-acclaim given today to bands like Vampire Weekend or Fleet Foxes (QRO album review), or the severe reaction against yesterday’s alt-heroes like The Strokes or M. Night Shyamalan.  Animal Collective at least have a longer track record before breaking (Merriweather is their eighth full-length studio release), but indie music hype has taken hold, from Pitchfork to Rolling Stone – can an appearance on Saturday Night Live be far behind?  Now it seems like everyone must either consider Merriweather Post Pavilion already the greatest record of 2009, or this year’s biggest, most nauseating piece of blog-hype – when, in reality, the truth lies somewhere in the vast middle in between.

Like many unusual-sounding records, Merriweather starts strong, when the sound is fresh and new.  “In the Flowers” is an eye-opening opener, thanks to its growing, bright electronica-tech and pumping beats, and “My Girls” follows that by being even better, staying in the high, shiny atmosphere with technical expertise.  But also like many different-sounding albums, Merriweather slips when it gets too experimental and far out – the following “Also Frightened” is arrhythmic and somewhat confusing, without a fitting harmony, while “Daily Routine” is over-complicated in its outright tech-work.

The only real hook that the hipster hypesters (and backlashers) have for their current take on Merriweather is that Animal Collective does show their grandest ambitions yet.  While their mid-career staples Sung Tongs and Feels (their last two full-lengths on former label FatCat) were more of an introduction and greetings to their sound for a wider indie audience, 2007’s Strawberry Jam (on new label Domino) was over-reaching and under-delivered.  That still sometimes comes out on Merriweather (like with “Daily”), but other times the band makes good on their promise, like with “My Girls”.  Yet there are also moments of relative simplicity, sometimes unremarkable, as with the high but not spectacular “Summertime Clothes” or “Guys Eyes”, but in other instances the group shines through, like on the interesting and also compelling atmosphere of “Bluish” and “Taste”.  The stripped twinkle, rustle, and echo that make up the penultimate “No More Runnin’” does it best, living up to the band’s grand ambitions better than most of the actually bigger pieces.

There were a few signs back in 2007 that Animal Collective was approaching heights or depths, but they were mostly bad: not just the annoying Strawberry Jam, but Avey Tare (David Portner) of the band also released the terrible Pullhair Rubeye with his wife (that’s the record where all the songs were played backwards – QRO review).  However, Panda Bear (Noah Lennox) also put out Person Pitch that year (QRO review), an ‘out there’ record that could actually stand up on its own.  Still, nothing really prepared for the extreme feelings that Merriweather has generated.  Instead, the album is best summed up by final track “Brother Sport”: its somewhat African rhythm and choral, with higher electronica keys and building press is not as reinventive or amazing as people claim, but it is neither a retread nor without merit.  Hopefully people will see clearly through both ends of the fog hanging over Merriweather Post Pavilion.