Anti-Flag – Lies They Tell Our Children 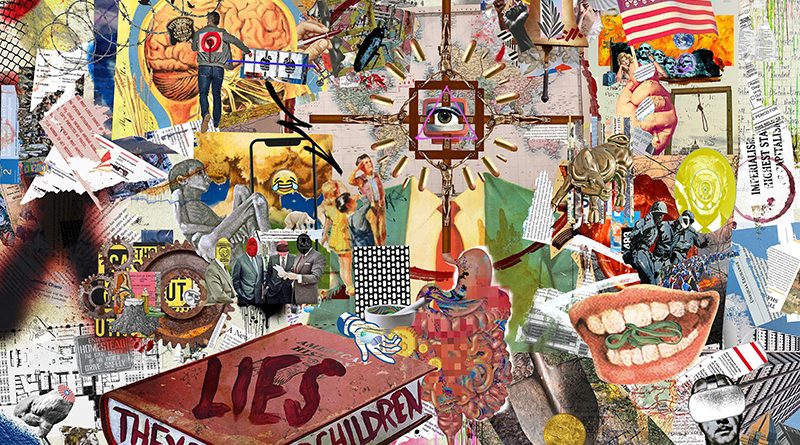 Click here photos of Anti-Flag at The Masquerade in Atlanta, GA on February 6th, 2018 in the QRO Concert Photo Gallery

Click here photos of Anti-Flag at 2012 Groezrock in Meerhout, Belgium in the QRO Concert Photo Gallery

Tough times make for great music, particularly eras filled with lies, from the Vietnam War to the War on Terrorism to today’s war on everything. Pittsburgh’s Anti-Flag have been calling it out for three decades now, a powerful agit-punk that fits for any war. They continue with their thirteenth full-length, Lies They Tell Our Children.

Anti-Flag’s long-standing ‘calling out in anger’ runs through Lies, from the sweet fuck ‘em of opener “SOLD EVERYTHING” to the finish “ONLY IN MY HEAD” (yes, all the song titles are in all caps). Naturally, some pieces work better than others, such as the evocative “THE FIGHT OF OUR LIVES”, but also where the album adds in something more, such as the almost Celtic punk sing-along anthem “VICTORY OR DEATH (WE GAVE ‘EM HELL)” to the sorrow to go with anger “SHALLOW GRAVES”.

Being thirty years & thirteen records in, Anti-Flag aren’t going to reinvent their wheel, and why should they, when there’s always more war, always more Lies.