<img src="http://www.qromag.com/wp-content/uploads/2012/04/apparatapr19.jpg" alt="Apparat : Live" />Apparat's current tour landed in Amsterdam, and, immediately, it was evident the new density and organic feel to the new songs and the... 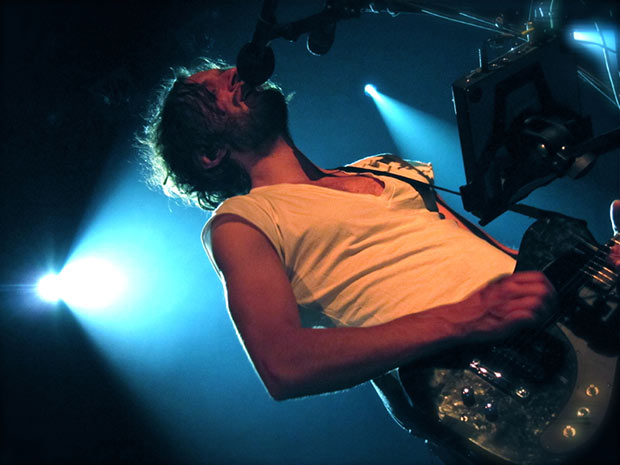 Click here for photos of Apparat at 2019 Primavera Sound in Barcelona, Spain in the QRO Concert Photo Gallery

I’ve been making music for the last twelve years.  I’ve always been doing things step by step, sometimes taking smaller steps, sometimes taking bigger steps.  But I started my current project with a full band and rock instruments after playing with Modeselektor and Ellen Allien.  I realized that I enjoy being with somebody else onstage rather than being alone, that I enjoy that emotion of facing the audience a lot more when I interact with somebody else onstage.  As of now, I don’t want to go back to a club, only if I have to work, and maybe I wouldn’t even do that.

This is a quote from a 2011 interview to Sascha Ring, a.k.a. Apparat, about the new creative stage he’s in.  Yes, nothing new as he finished the record he’s promoting, The Devil’s Walk, around mid last year.  But it’s useful to remember how serious Ring has been about his new musical direction. 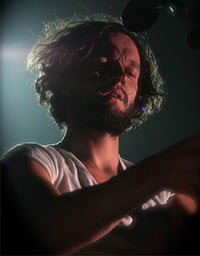 So Apparat’s current tour landed at the Melkweg venue in Amsterdam on April 19th, and, immediately, it was evident the new density and organic feel to the new songs and the translation of some of Ring’s older stuff into the live arena.

Most of the set list was built around The Devil’s Walk and the disjointed sensations one can feel when listening to the studio record disappear once the tracks are displayed live.  Emotionally dense songs like the single “Black Water”, “Ash/Black Veil”, or “Escape” flow softly, gaining in tension and space.  The tonal range of the record is widened by the use of two guitars, bass, drums percussion and a battery of effects, apart from the usual electronic sounds, courtesy of keyboardist Ben Lauber.  The band also counted on a violinist and a cellist for songs like “The Soft Voices Die”, enhancing and emphasizing the importance of organic sounds Ring seems obsessed about in this current artistic stage of his. 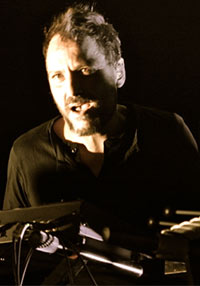 But there was also space for rhythms and more expansive tunes, like Moderat’s “Rusty Nails” in a killer longer version that put the whole of the audience on their feet dancing, and also “Limelight” and “Arcadia”, both from Walls (QRO review), and both becoming even more obscure beasts once translated into more electric versions.

The set list sounded quite cohesive, proof of the effort of all musicians involved but the element that united all the songs was Ring’s voice, used in different ways and with different tones but that sounded warm at all times, yet another feature that shows how human the current music of the German sounds and feels.  An excellent spring night in Amsterdam.

Jennifer O’Connor : I Want What You Want