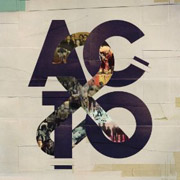 In 2003, former Virgin Records executive Jeffrey Remedios teamed up with Toronto musician Kevin Drew to form Arts & Crafts Records – and the rest is musical history.  One the key players behind the indie-rock ‘Canadian Invasion’ or 2003/2004, Arts & Crafts has collected key artists not only from Canada but also abroad (even that country to the south – and recently expanded to the country south of that, Mexico).  For its tenth anniversary, Arts & Crafts is throwing a great festival, Field Trip, in Toronto on June 8th (QRO preview), and has released a stellar collection of songs, Arts & Crafts: 2003-2013.

As with any label collection of songs by different artists, there are hits & misses, but what is surprising with 2003-2013 is just how many hits there are.  The two-disc, thirty-four track compilation starts, of course, with Broken Social Scene (QRO spotlight on), Drew’s band and the flagship artist on the label, and their killer single “7/4 Shoreline”.  That song was also the piece that introduced the wider world to Feist (QRO live review), before Apple put her on an iPod commercial and she reached mega-status – Feist gets two songs on the first disc, wonderful ditties “Mushaboom” and “I Feel It All”.  The first disc is mostly singles, and what great ones they are, like “Elevator Love Letter” & “Your Ex-Love Is Dead” by Stars (QRO live review), “You! Me! Dancing!” by Wales’ Los Campesinos! (QRO spotlight on), “Being Here” from Montreal’s unfortunately now-disbanded Stills (QRO spotlight on), not to mention solo material from Broken Social Scene’s The Apostle of Hustle (QRO spotlight on), ex-Scenester Jason Collett (QRO spotlight on), Stars’ Amy Millan, and more.  It also highlights some great local acts that aren’t as worldwide known, such as Zeus (QRO live review) and The Most Serene Republic (QRO spotlight on).  And the disc crisscrosses genres, from the epic Stills to intimate Timber Timbre (QRO album review), seventies rock of Zeus to the expansive love & loss of Broken Social Scene’s “Lover’s Spit” to end the disc.

The second disc is one of b-sides and other bonus material, starting fittingly with “7/4 (Shoreline)” b-side “Deathcock”.  Standouts include The Apostle of Hustle covering “I Want a New Drug”, neat bonus Ra Ra Riot (QRO spotlight on) and Los Campesinos!, the double-Arts & Crafts artist team-up of Feist and Constantines (QRO spotlight on) “Islands In the Stream”, a surprisingly road-country/nighttime eighties Dears (QRO album review) in “Raise the Dead”, fellow BSS founder Brendan Canning (QRO interview) getting fuzzy on “Secretaries’ Party”, and the twelve-plus minute “Apology” from Kevin Drew (which includes a bit of The Happiness Project – QRO review – from BSS mad musical scientist Charles Spearin – QRO interview).

At thirty-four tracks, there are bound to be a few that were unnecessary – Timber Timbre was already kind of affected in his folk on disc one’s “Demon Host”; didn’t his choral team-up with Tasseomancy, “The Darkness of Things”.  And “Apology” should have been the final track, not the penultimate one before Snowblink’s “Blue Moon”.  But those are minor issues on a great compilation from a great label – here’s to another ten years & more…

Feist and Constantines – Islands In the Stream