L.A.’s ASHRR are working hard to release some new tracks in anticipation of their forthcoming second record, due to release later in the year. Apart from the string of... 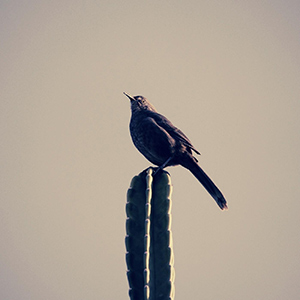 L.A.’s ASHRR are working hard to release some new tracks in anticipation of their forthcoming second record, due to release later in the year.

Apart from the string of indie rock tracks we delved into in past reviews (“Dark Eyes”, “Same Way”, and “WAVES”), the first two singles of this new work by the trio, “Sunshine Low” and “Bad Reasons”, had glowing reviews all over America and some well-deserved radio support.

Now, ASHRR have released an EP based on their second single, “No Garden”. This is a track that elegantly mixes funk, some disco drops and dreamy R&B.

The band insist on this nocturne, warm, sensual, urban mood, with some of the instruments appearing not entirely at the front of the mix, which allows for space and thus showcases again the resources and imagination and effort of Steven Davis, Ethan Allen and Josh Charles in every new track.

This time, the lyrics sung by Davis are feisty on the positive side. The short lines deal with a personal situation, and the chase for something the protagonist keeps and keeps looking for, with the quote, “I won’t let you take me down” repeated several times.

Guitarist Ethan Allen explained that, “We’ve all passed through periods when it seems Murphy’s Law seems to stack the deck against you at every turn. To me, this song is about human resilience, determination, belief, and hope in the face of unrelenting resistance and obstacles. ‘I won’t let you take me down’ is a personal declaration that you won’t allow your dreams or yourself to be defeated. ‘No Garden’ is a comment on how creativity and life only offer abundance when you place intention towards them. It doesn’t happen by accident. Self-awareness leads to manifestation.”

The EP also presents a radio edit of “No Garden” plus the “Eastside Remix”, a whole different, punchier, moodier, affair.

But the hidden gem in this 4-track release is the “Opal Remix”, a dub version blurring even more, the style lines described some paragraphs above, adding some early Simple Minds-sounding keyboards and some background, wah-wah metallic guitars which bring memories of the most elegant Psychedelic Furs. The best song for a road trip.

ASHRR are paving the way to what could be one of the releases of the year, hands down. A busy summer ahead promises to leave us with some new, exciting music that will surely put these craftsmen at the forefront of the indie landscape in the States.

Listen to the whole No Garden EP here: