<img src="http://www.qromag.com/wp-content/uploads/2012/01/atlassoundparallax.jpg" alt="Atlas Sound : Parallax" /><br /> Though <i>Parallax</i><span style="font-style: normal"> can get sometimes lost and disjointed, it is yet another strong release from the prolific artist.</span> ... 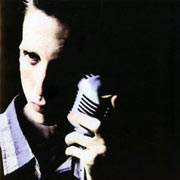 Click here for photos of Atlas Sound at 2012 Primavera Sound in Barcelona, Spain in the QRO Concert Photo Gallery

Click here for photos of Atlas Sound at 2011 Creators Project in Brooklyn, NY in the QRO Concert Photo Gallery

Click here for photos of Atlas Sound at Doug Fir Lounge in Portand, OR on November 1st, 2009 in the QRO Concert Photo Gallery

Click here for QRO’s review of Atlas Sound at Music Hall in Williamsburg in Brooklyn, NY, NY on February 24th, 2008

Singer/songwriter Bradford Cox has seen his star seriously rise in the past few years.  As frontman for Deerhunter, 2008 saw the release of the acclaimed Microcastle (QRO review), plus a full album’s worth of bonus material in Weird Era Cont. (QRO review), and last year’s Halcyon Digest (QRO review) saw them reach their biggest crowd yet.  2008 also saw the release of Cox’s solo/side-project Atlas Sound’s Let the Blind Lead Those Who Can See But Cannot Feel (QRO review), which exceeded his Deerhunter material in quality, and followed it up the following year with the more ambient Logos (QRO review).  Between all of that and all the touring, it’s no wonder Cox had a reported nervous breakdown.  But he still has managed to put together Parallax, which can get sometimes lost and disjointed, but is yet another strong release from the prolific artist.

Blind was more titled towards Cox’s Deerhunter songwriting, while Logos leaned heavy on his new ambience, but Parallax finds itself somewhere in the middle.  That’s partly due to its diverse nature, going from the meandering atmospherics of such pieces as “Flagstaff” and “Doldrums” to the Atlas twang of “My Angel Is Broken” or Atlas trot of “Lightsworks”.  There’s also Cox’s twinkling side in numbers like “Te Amo” and “Modern Aquatic Nightsongs”, and tech-fuzz in the title track.  The diversity gives something for all fans of Atlas Sound, even if it also means that there are some songs one is less interested in, but fans of all stripes with love “Mona Lisa”, which manages to be both soft and compelling, even driving.

Like all of Cox’s Atlas Sound releases, Parallax has the feel of a private solo effort that could have perhaps used another pair of hands before coming out into the wider world.  But given Cox’s ability and acclaim, Parallax will likely reach more ears than ever.