Friday at ACL started off with typical early October weather, hot and muggy with hardly a cloud in the sky.... 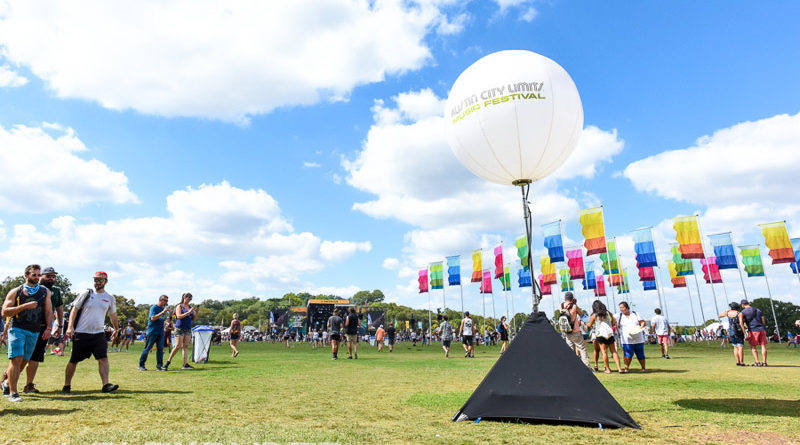 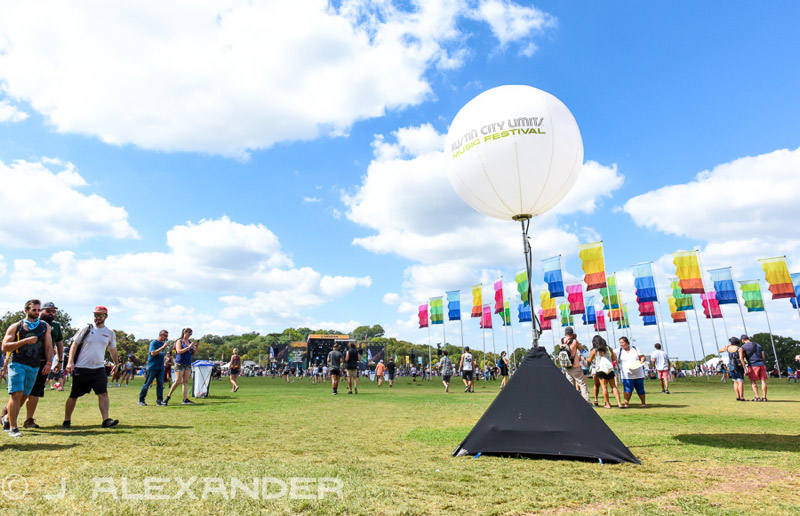 Friday at ACL started off with typical early October weather, hot and muggy with hardly a cloud in the sky. With a little more breathing room than in previous years, and adding a new Barton Springs stage across the street from the park, the fest felt way less crowded, apart from the TSA-style security checks at the gate that created long waiting times for anyone with a bag. Acrobatics ruled early in the day as New Orleans-based MUTEMATH’s front man Paul Meany, with fresh buzzed cut hair, bounced around stage and jumped into the crowd in their early afternoon performance at the Honda Stage, the main stage for early evening headliners on the far west side of the park. 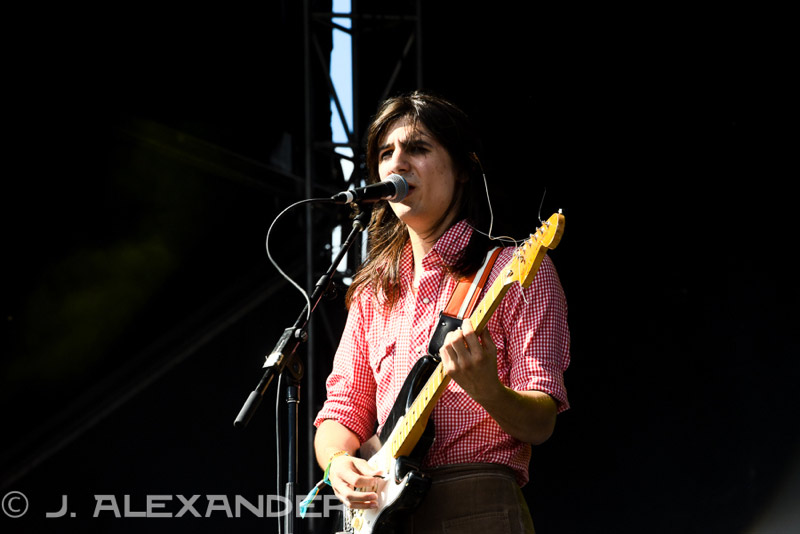 The Miller Lite Stage, adjacent to the larger Honda Stage, hosted a slew of powerful performances over the weekend, which started with up and coming ‘60s-tinted, pop rock band, The Lemon Twigs, led by multi-instrumentalist brothers Brian and Michael D’Addario from New York. Garnering attention from their South by Southwest sets earlier in the year for their stage presence, the band, who attended the same high school at Billy Joel, put on a high-energy performance with plenty of leg kicks as they moved through “As Long As We’re Together” from 2016’s Do Hollywood and the Of Montreal-sounding “Why Didn’t You Say That” from Brothers of Destruction, an EP they released just last week. 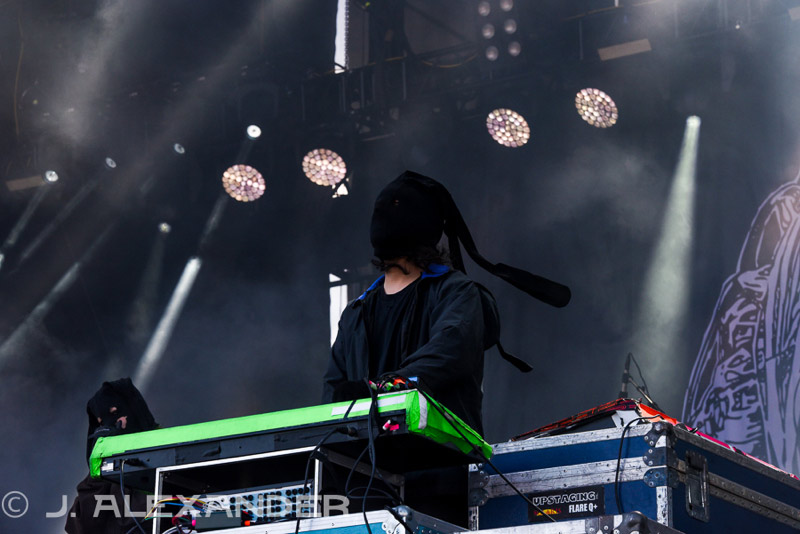 Dramatically shifting gears in what could be said to be a rather safe and mainstream festival curation was the electro punk of Canadians Crystal Castles, featuring both keyboardist Ethan Kath and singer Edith Frances coming on stage in all black with stockings over their faces, cut with holes for their eyes and mouths. The darkness of their tunes sharply contrasted the brightness of the late afternoon sky, with revelers bouncing around to “Crimewave” from their 2008 self-titled debut at the Honda Stage, and others just standing there. Dropping her black gown to reveal a baby blue puritan ankle-length dress and dog collar, Frances jumped around singing and banging buttons with Kath, and then pouring a bottle of water on her head as she sang the deep echo-y track “Enth” from their 2016 release Amnesty. 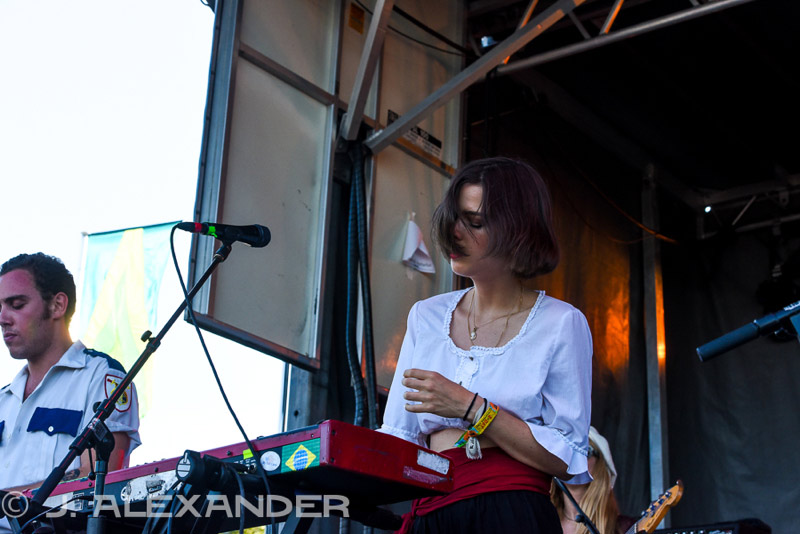 The synth vibes continued as the day approached magic hour at the modestly sized BMI Stage, nestled in a stand of trees on the festival’s south side, with La Femme from France. The BMI Stage has a history of presenting some of the best under the radar performances and La Femme was a hit. A pleasing combination of super dancey krautrock with a Daft Punk disco vibe, the band killed it! The nine-member group was impressively dressed with thrift store finds ranging from gypsy pants to Shriners bowling shirts to berets. “It’s Time to Wake Up” from 2013’s Psycho Tropical Berlin coated the crowd in dreamy syrup of sexy vocals and melodic fuzzy synth work – perhaps the best to grace the BMI Stage this weekend and worthy of catching again at ACL Weekend Two. 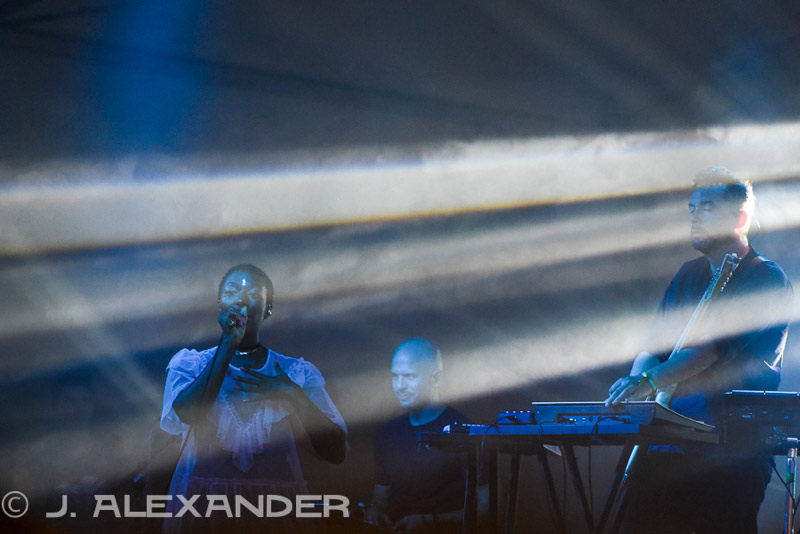 As the only covered venue at the fest, the Tito’s Stage provided a nice refuge from the sun during the day with vibes on the smoother side, and a Silent Disco at night that was anything but silent. Fresh of the Migration Tour, a highly anticipated performance by British musician and producer Simon Green, a.k.a. Bonobo, featuring live backing band drew a large crowd as day turned to night on Friday. The ambient electronic beats thrown down by Simon on “Cirrus” from 2013’s The North Borders and “Migration” from the this year’s album of the same name were complemented nicely by a quartet of drummer, guitarist, keyboardist, and flutist.

Fans were torn as the fest got deeper into the evening with tough choices between two rising stars. At the Homeaway Stage, adjacent to the top headlining American Express Stage, throngs of people poured in for the buildups and breakdowns of 21-year-old Dutch EDM DJ Martin Garrix. Complete with on-stage pyrotechnics, his set had a sea of fans pumping their fists into the air as they moved into position for elder statesman Jay-Z. 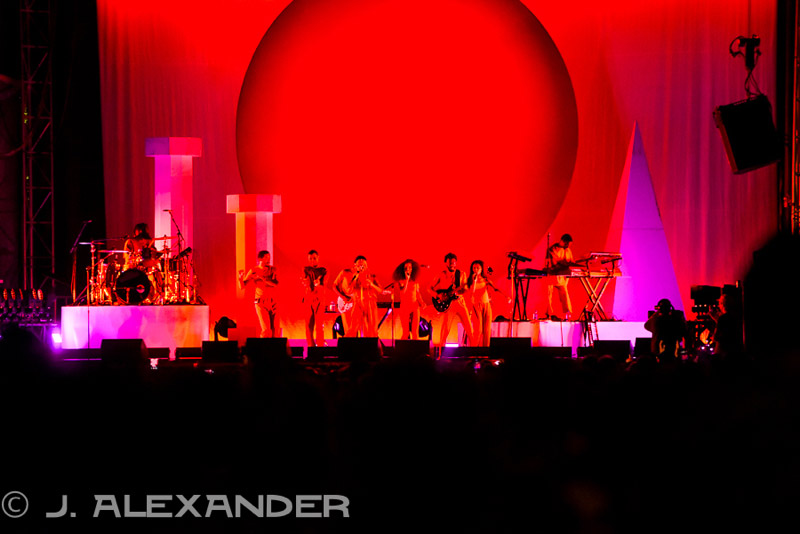 Emerging diva and sister-in-law of Jay-Z, Solange reigned at the Barton Spring Stage, the new venue under large heritage pecan trees intended to reduce festival noise bleed. Fresh off a series of summer festivals including Panorama (QRO recap), Mo Pop, Bumbershoot, and Outside Lands (QRO recap), Solange was as polished as ever. Accompanied by modern dancers and a gentle horn section and coated in an atmosphere of red, Solange crushed it with “Mad” from this year’s Seat at the Table with her soulful sultry voice and white dreadlocked mane. 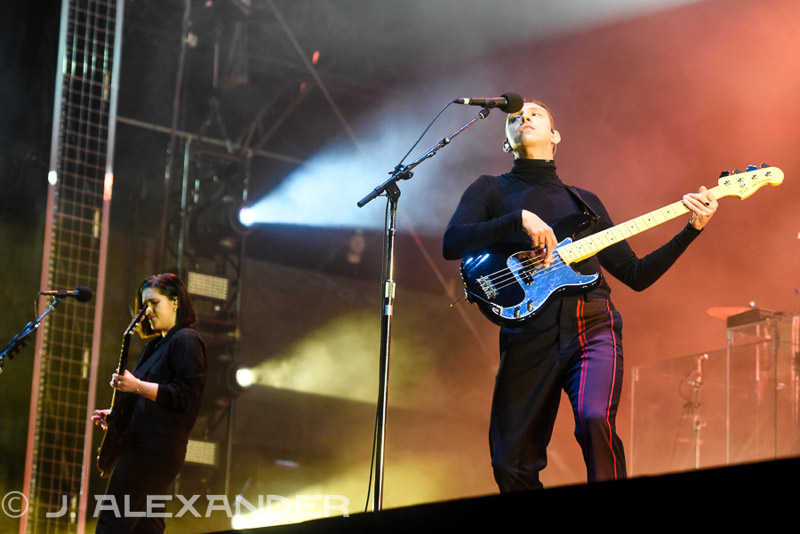 British indie pop trio The xx had the unenviable position of being up against Jay-Z in the top slot for the night. The broody and emotive set kicked off with the atmospheric instrumental song “Intro” and then “Crystalized”, featuring the breathy vocal stylings of Romy Madley Croft and Oliver Sim from their self-titled 2009 album (QRO review). Decked in black and facing each other as they jammed out on guitar and bass, Croft and Sim traded turns singing “Lips,” “Dangerous,” and “On Hold” from their latest release I See You (QRO review). As the clock approached 9:30pm, a cascade of rainbow colored lights enveloped the stage making for a dramatic close to their set. Many fans cut out a little early to catch the end of Jay-Z’s set on the opposite end of the park. 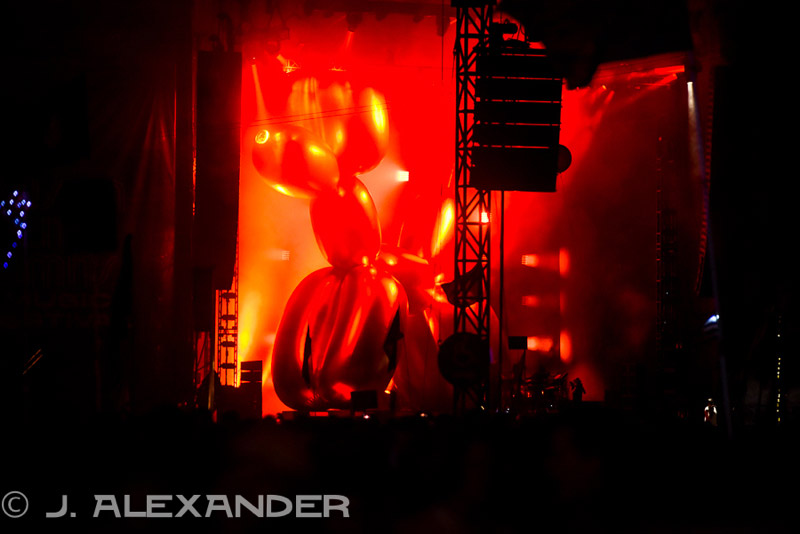 Encapsulating at least three quarters of festival attendees, the hip-hop legend Jay-Z commanded not quite a full set as advertised, closing with about 15 minutes short of the hour and forty-five minutes granted. Notable from hundreds of yards away was his backdrop that featured a three-story tall metallic balloon dog by the artist Jeff Koons. Compared to previous years, the late Friday sets conveyed a chill vibe that was sustained throughout the rest of the weekend.