With the number of Tom Petty covers reaching half a dozen on Friday, Saturday would feature a very literal tribute to the recently departed rock star by festival organizers.... 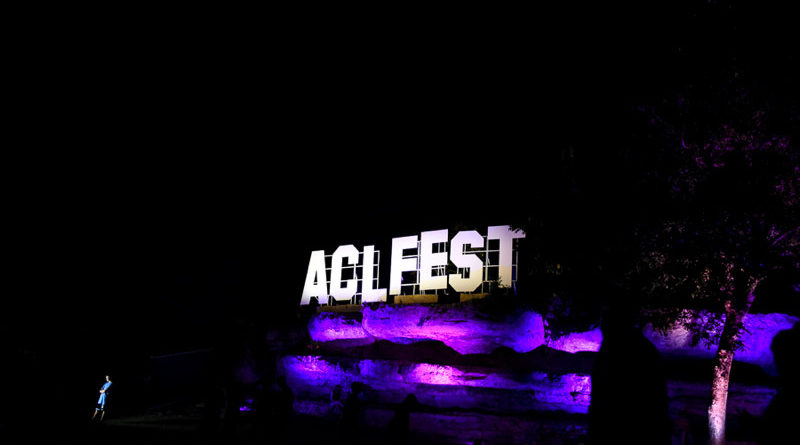 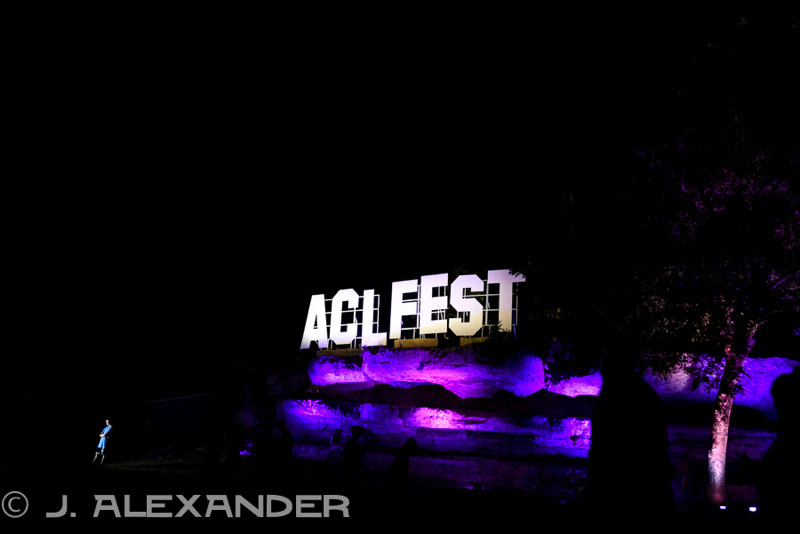 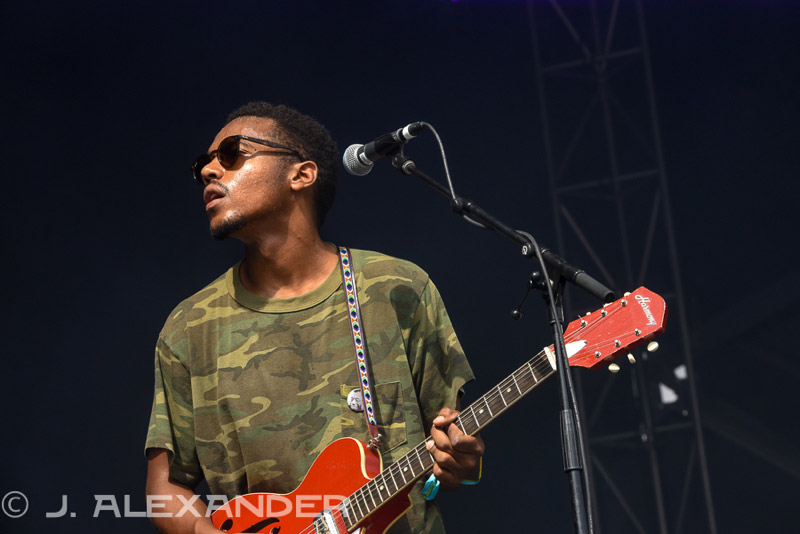 With the number of Tom Petty covers reaching half a dozen on Friday, Day Two, on Saturday, October 7th,, would feature a very literal tribute to the recently departed rock star by festival organizers. Saturday, the only sold out day of the festival, started off with a thick blanket of clouds which didn’t do anything for the humidity, but the sun wasn’t so much of an issue as many festival goers ditched their sunnies and picked up paper fans. The crowds were thick at the gates with stepped up security from the day before. Full-on body touches and metal detector screening jammed up the lines during the afternoon as a noticeably larger crowd descended on the grounds. 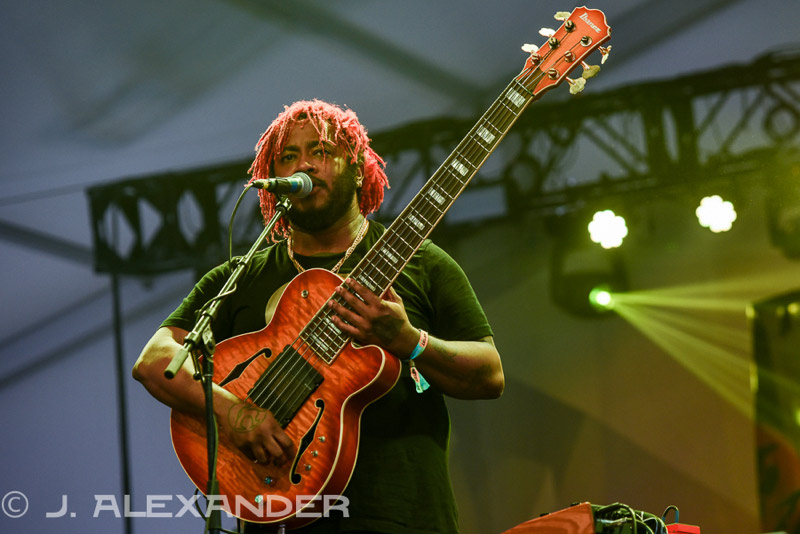 Over in the chill zone that was the Tito’s Tent, six string bass virtuoso Stephen “Thundercat” Bruner laid down a set of spaced out jazzy R&B tunes. He kicked it off by asking the crowd, “Are you ready to go down a rabbit hole,” then commencing with “Rabbot Ho” and “Captain Stupido” from 2017’s Drunk. Sporting a thick gold chain, blond dreads, and silky gold trimmed shorts, Thundercat had the crowd bumping when he laid down the bass lines from his sunburst orange Ibanez bass to Kendrick Lamar’s “These Walls”, one of the L.A. musician’s most well-known tracks. 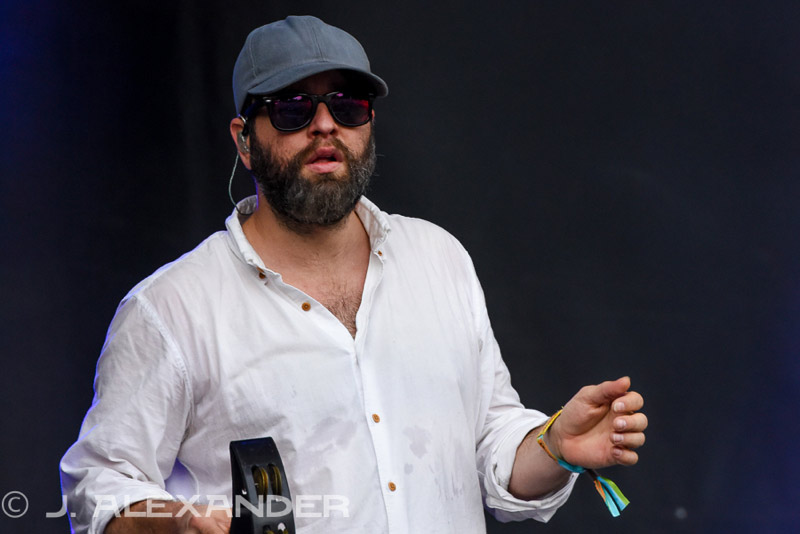 Continuing the psych rock legacy of Roky Erickson and The Thirteen Floor Elevators, Austin’s own The Black Angels levitated a mid-afternoon crowd in the pecan tree-lined Barton Springs Stage. A medical emergency caused the band to cancel its ACL late night show with Erickson on Thursday night at Emo’s, so that one-two punch had to wait for another time. Fortunately, their haunting set on Saturday afternoon went on as planned. Sharpened by a summer worth of touring in support of their 2017 release Death Song, the Black Angels flexed their muscles on powerful new tracks “Currency”, “Half-Believing”, and “I Dreamt”, before revisiting a smattering of older tripped out songs such as the opening track from 2010’s Phosphene Dream (QRO review), “Hunt Me Down”. 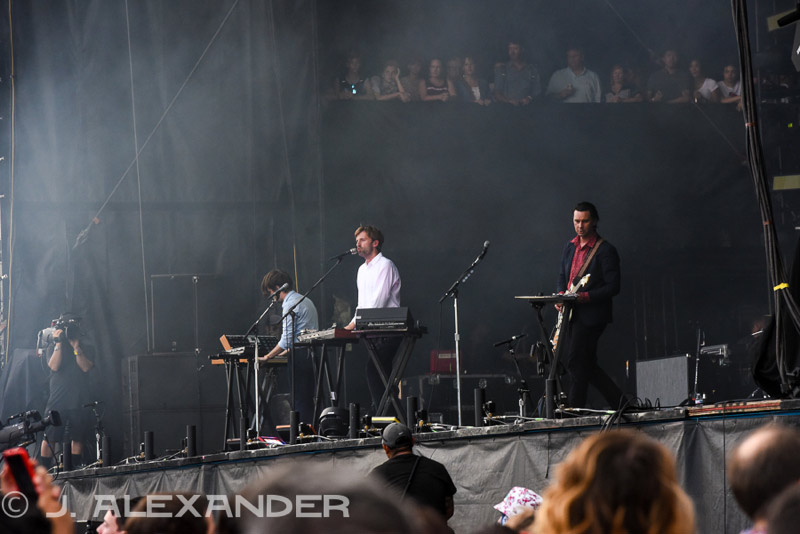 Australian synth-pop band Cut Copy got the dance vibes going as the sun began to set on the west end of the park. Easing into their set with the slow bounce of “Need you Now” from their 2011 album Zonoscope (QRO review), they picked up the energy with “Black Rainbow” from their latest record Haiku from Zero and spiraling jam “Where I’m Going” that had hands pop up in the air. At straight up 7pm, just as band was performing their hit “Lights and Music”, Cut Copy’s audio was abruptly cut off. Unbeknownst to the fans at Zilker Park, a tribute like no other to the late Tom Petty was commencing. The entire park was washed in the sounds of “Free Falling” while three parachutists jumped from a plane high above the festival. The three descended to earth with a Texas flag in one parachutist’s hand and sparklers trailing the other two divers. 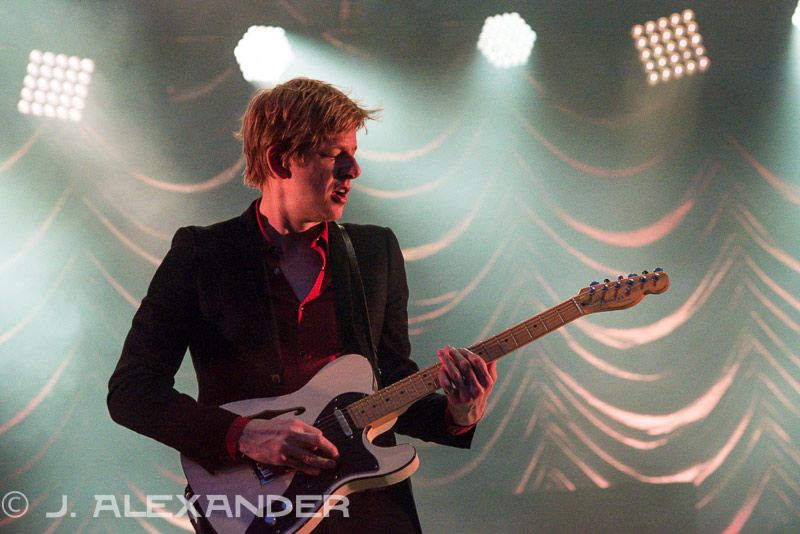 Local indie rock stars Spoon took the stage in front a crowd of tens of thousands at the Miller Lite Stage as soon as the Tom Petty tribute skydivers landed in a nearby field. Kicking off their set with the pounding drums of Jim Eno in “Do I Have To Talk You Into It” from their ninth studio album Hot Thoughts (QRO review) – the track rocked a crowd eager to see the sexier than ever Britt Daniels strut across stage. The catchy pop tune “I Turn My Camera On” from 2005’s Gimme Fiction had the crowd shimmying and singing along as darkness fell over the park. Spoon worked through material from five albums before closing their set with the fuzzy emotive synths of “I Ain’t The One” from Hot Thoughts performed only once before live, last month in Milwaukee. 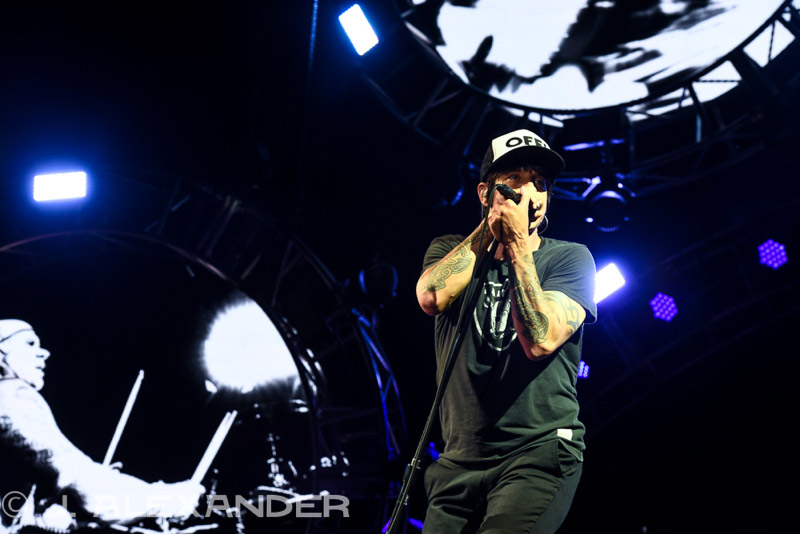 ACL festival favorites Red Hot Chili Peppers returned for another headlining set on Saturday night at the America Express Stage, just four years after their last appearance, and they haven’t aged a bit. Rocking through over twenty years of material, the band slayed the crowd with all the energy expected of the top spot. Moving seamlessly from hard hitting tunes like “Can’t Stop” from 2002’s By the Way to the funky vibes of “Dani California” that had Flea bouncing around the stage in typical fashion, the band ripped through 18 songs to an epic crowd that went all the way back to the Homeaway Stage. 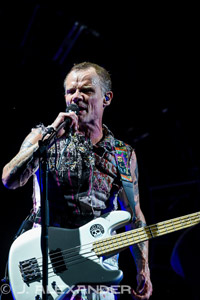 The band kicked out hit after hit before frontman Anthony Keidis stopped to address the crowd, saying “Tom Petty did not die in vain,” before covering the Funkadelic song “What Is Soul”, dedicated to the southern musician. The tribute continued on the first song of their encore, a moving solo version of Petty’s “Face In the Crowd” performed by guitarist Josh Kilnghoffer. Coming off of the short rest, the remaining band members returned to stage for 2016 song “Goodbye Angels” and a spirited version of “Give It Away” from their 1991 masterpiece Blood Sugar Sex Magic that had Keidis throwing windmill kicks as the crowd shuffled to the exits.