Sunday afternoon of Weekend Two was warm and sunny, proving to be a great day to walk around the 350 acres of Zilker Park, which would seem to reach... 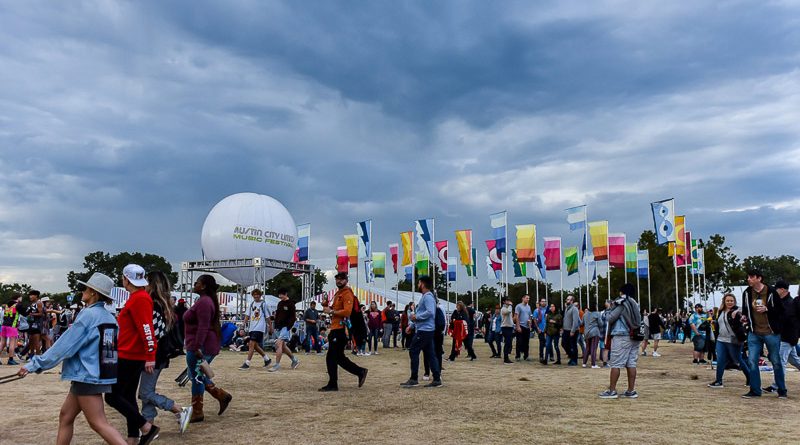 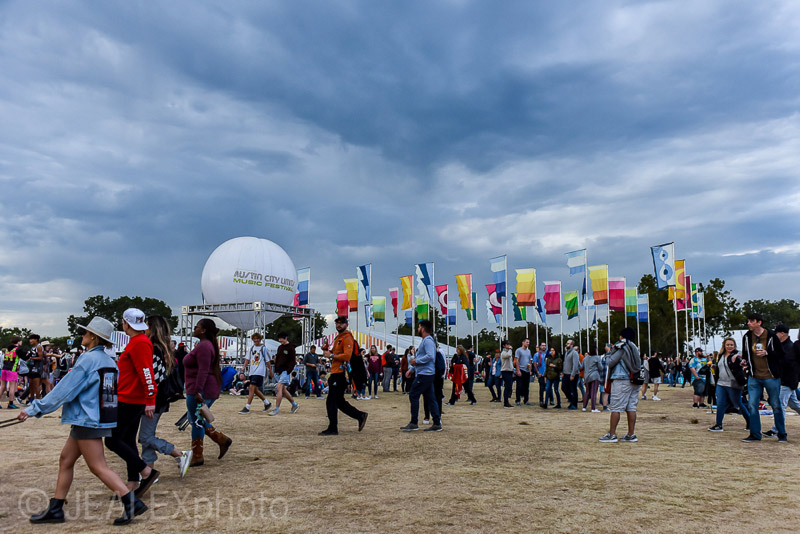 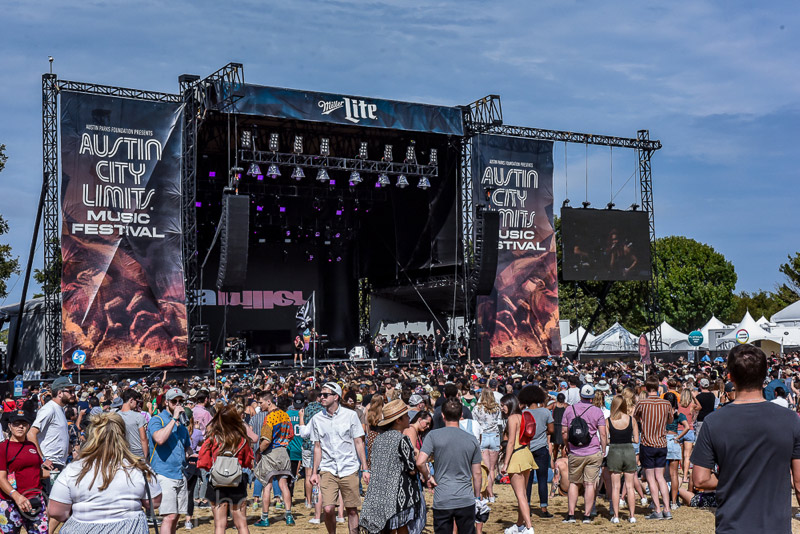 Sunday afternoon of Weekend Two was warm and sunny, proving to be a great day to walk around the 350 acres of Zilker Park, which would seem to reach capacity later in the evening. Early arriving concert goers were rewarded with a chance to see the raw power of the English rock band IDLES with frontman Joe Talbot gyrating around the stage and into the crowd. This is one of the bands you have to experience in person. 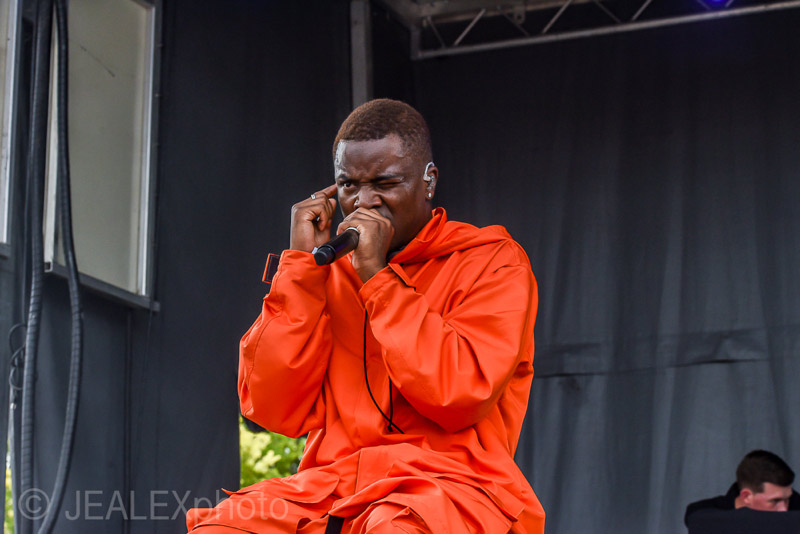 Over at the BMI Stage, known for emerging acts, the Maryland hip-hop aritst IDK pumped up the crowd with an intro of “Smells Like Teen Spirit” by Nirvana before getting on stage with a bright orange biohazard jumpsuit. Overly excited young fans sang along to every word and even helped IDK support himself as he jumped into the crowd several times. Having recently released his studio debut album Is He Real?, it was apparent that the album is well-received thus far in the US market and amongst his fans. 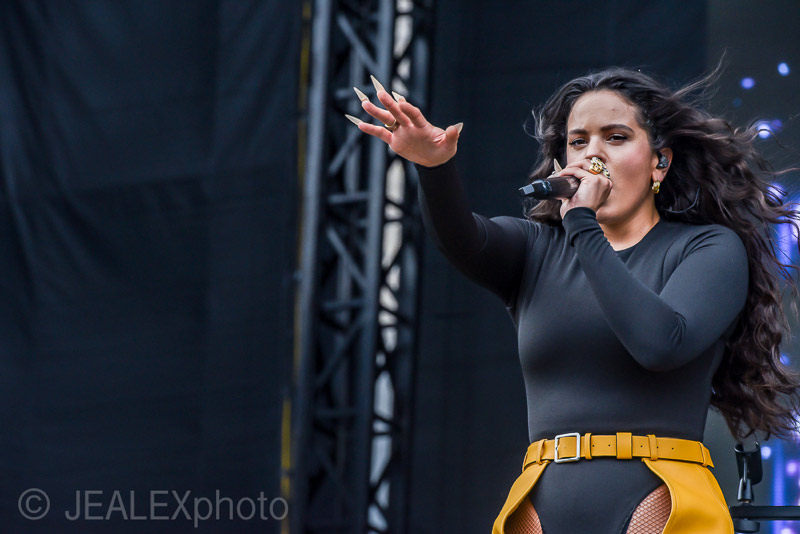 Latin flair was hard to find at this year’s ACL, but Rosalia all but made up for it with her afternoon set at the Honda Stage. Dressed in a black leotard with fishnets and school bus yellow assless chaps, the 26-year-old Spanish singer/songwriter drew a significant crowd to hear her blend of flamenco, hip-hop, and reggaeton. Surrounded by back up dancers, Rosalia stopped her set at one point and gave a shout out to her favorite artist James Blake who performed on Friday, before breaking into bilingual singing in “Barefoot in the Park”, a 2019 collaboration between the two. 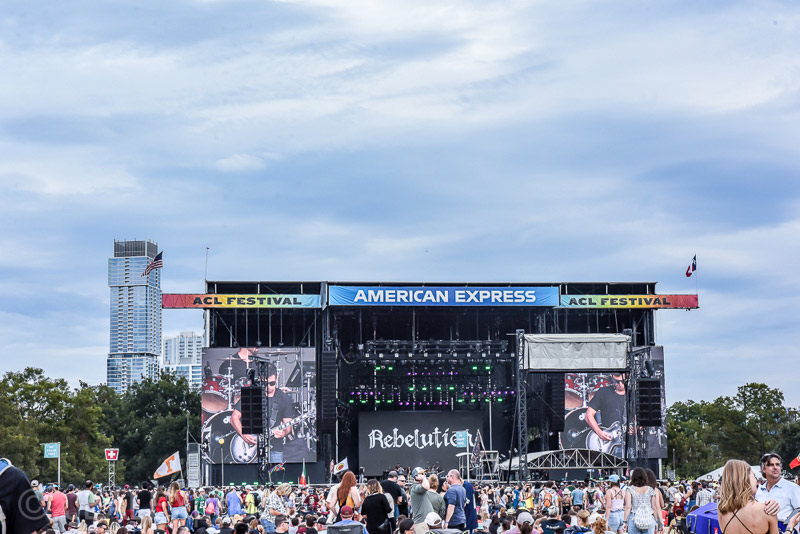 Let’s give it up to the dads who often foot the bill of the weekend fest. Sunday was the chillest lineup of the festival, with the shorts and sandals wearing dads walking alongside their bright haired tweens. It was clearly their day as the only plane to fly over the park that weekend was on Sunday and it was an advertisement for a male pattern baldness treatment. This gave California reggae band Rebelution a huge audience on the eastern side of the park at the American Express Stage – appropriately slotted to perform at the 4:20 hour. Over at Miller Light Stage, the image controlling pop singer Banks drew a significantly female dominated crowd to her afternoon set. Fans were treated to a half a set of tracks from the artist’s new album III that was released in September. 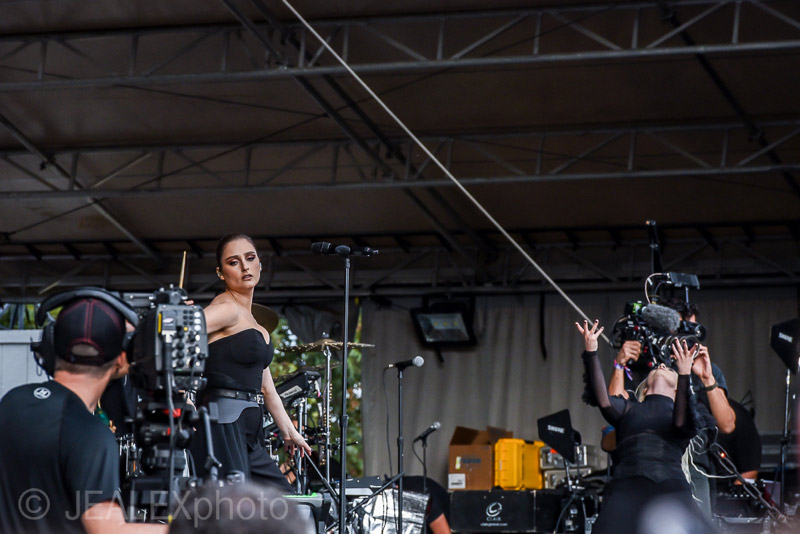 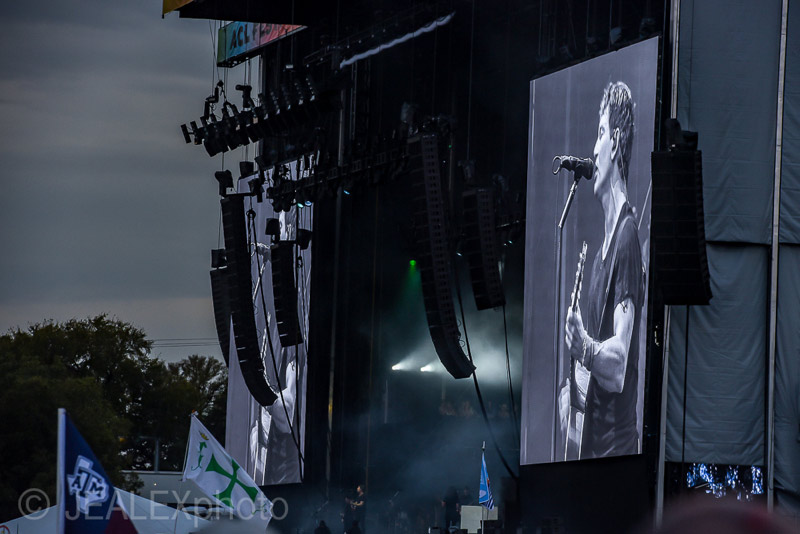 Those dads from the American Express Stage picked up their lawn chairs and mosied over to the Honda Stage to catch the ‘90s pop rockers Third Eye Blind perform. The veteran San Francisco musicians split their set up between the sing along bangers like “Semi-Charmed Life” and “Jumper” to the more obscure songs from their new album Screamer. Cover songs were abundant at ACL 2019 and Third Eye Blind was no exception, as they channeled Led Zepplin with their Birkenstock rendition of “Stairway to Heaven”. 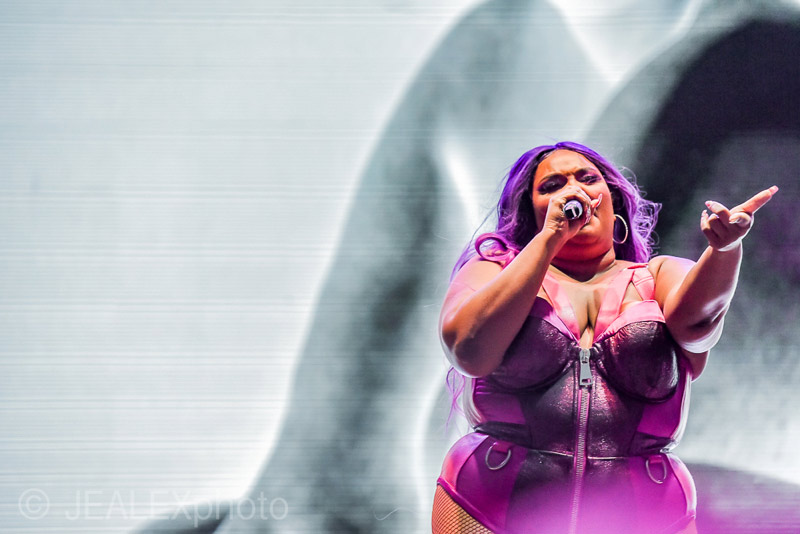 With an absolutely incredible showing Weekend One, Lizzo once again garnered the largest crowd on the smaller Miller Lite Stage Sunday night. Due to her popularity on Week One, festival organizers put her video on the monitors at the adjacent Honda Stage in order for the whole side of the park to see. Wearing her signature positive radiance and updated purple facade (including bright purple hair!) she shared her affirming messages with the massive audience, even managing to get the substantial crowd (that filled the surrounding area all the way to the nearby Honda Stage) to participate in a human wave. She Instagrammed the video clip, inserting how amazed she was by the size of the estimated 75,000 fans there to see her, yet again. 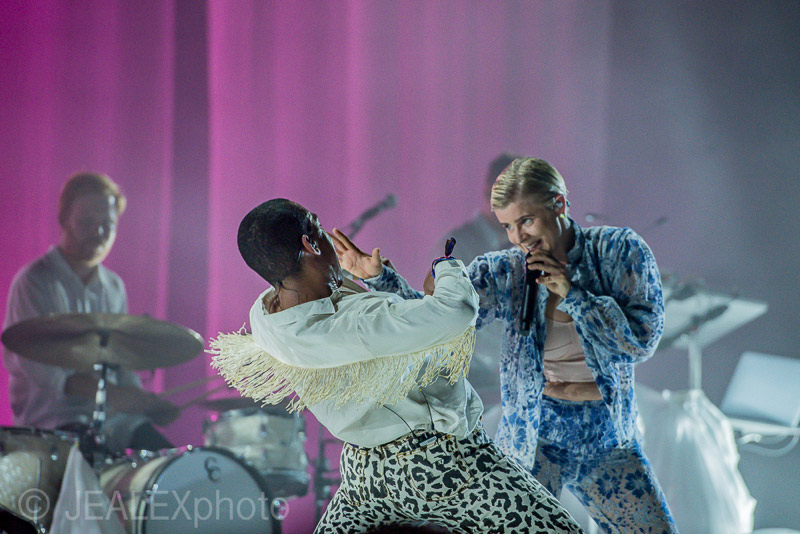 Attendees had three choices after Lizzo’s phenomenal set. They could go home, go across the field to Mumford and Sons, or they could go crazy at Robyn few dozen yards away. Following Lizzo is no easy feat, but Robyn killed it. The presence and confidence of the 40-year-old Swedish singer commanded the festivalgoers with a little more juice in their tank. With dark thumping beats, Robyn would shake, shimmy, and spin across the stage for nearly an hour and a half. She was joined on stage by a black gymnastic dancer who would break into beautiful passages of movement to her set. The EDM side of her music was delicious and captivated a crowd pumped up by Lizzo’s self-love sermon. The artist could feel the love and was all but alone during the sing along to “Dancing on My Own”. Robyn brought a headline worthy performance to ACL 2019, blowing out Cardi B’s half-hearted set the weekend before, proving to be the perfect way to end the festival.