After a successful return to Zilker Park on Day One of Weekend One of the Austin City Limits Festival, fears of an overcrowded and wet weekend were alleviated.... 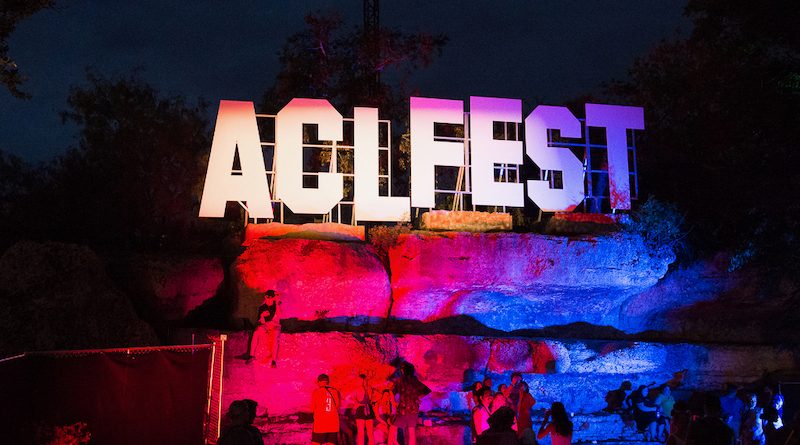 After a successful return to Zilker Park on Day One of Weekend One of the Austin City Limits Festival, fears of an overcrowded and wet weekend were alleviated. Saturday’s forecast was warm and humid but mostly dry for festival-goers who were pleased to have a little extra space to roam around in their cowboy hats and colorful festival gear. Highlights of the day included guttural vocals and headlining first-time performance from New Zealand-based electronic trio RÜFÜS DU SOL and the back-to-back appearance of the wildly popular Billie Eilish.

As usual, the younger fans streamed into the park early in the day to brave the Texas heat and see some up-and-coming performers. Over at the sun-drenched Lady Bird Lake Stage was 22-year-old Norwegian indie-pop singer/songwriter girl in red, followed by American Idol’s 25-year-old Remi Wolf at the nearby T-Mobile Stage, who delivered soulful R&B Grooves to an impressively sized crowd.

Americana vibes and a Texan swagger are intoxicating and naturally Charley Crockett came out on the VRBO stage for his 3:20 PM set in a vintage lavender two-piece bedazzled suit; the man is simply a show stopper. Crockett can croon with the best of them and his newest album, 10 For Slim: Charley Crockett Sings James Hand pays homage to the late country singer James “Slim” Hand, and has been receiving critical acclaim since it was released a month ago.

Continuing the Texas vibes was Austin-resident and Latin-folk singer Gina Chavez, who has become a notable feature of the local community, and she got to pump up a large festival crowd. Chavez has long been known for being a high-energy performer, and her ACL Festival performance did not disappoint. Chavez’s eclectic mix of reggaeton, cumbia, folk and anything in between had the modest-sized BMI Stage crowd dancing and hanging on to every word she belted out, especially as she sang in Spanish off of Up. Rooted.

Festival mainstays Future Islands gave the lineup on Saturday a weighty presence during the middle of the day. The Baltimore synth-pop band has been a feature of SXSW, Float Fest, and several other local appearances over the years, so their set drew a large crowd of growing fans eager to hear songs from their 2020 release As Long as You Are. Half of their set was devoted to songs from their new album such as “In For Sure”, “Hit the Coast”, and “Plastic Beach”. In typical fashion, lead man Samuel Herring sang life-affirming baritone ballads while writhing and pulling at his shirt and power lunging at the crowd. Punctuating songs were his guttural vocals such as heard in “Season (Waiting On You)”, which give the band such a unique sound juxtaposition typically reserved for metal groups but with ancient origins.

While a wave of concert-goers flooded the eastern side of the park to see TikTok phenom Doja Cat, others lingered by ACL Eats for some late afternoon metal. The modest-sized Tito’s Tent Stage often features eclectic acts and Saturday’s was no exception with The Hu. In their first tour since the pandemic, the Mongolian metal band with throat singing and folk instruments got fists pumping to ancient poetry and war songs with a Led Zeppelin-like vibe. Their ancient guttural chanting set to modern metal was authentic and quite a contrast to Future Islands frontman’s use of the technique earlier that day.

New albums are perfect to release before major music festivals, and Modest Mouse’s The Golden Casket release in June (QRO review) gave loyal fans the opportunity to enjoy singles such as “Fuck Your Acid Trip” and “We Are Between” (QRO review). Some argue that Modest Mouse does not deliver the same energy as other rock acts of the same time period in a music festival format, but true fans were lined up by 1:00 PM to get a front row spot for one of the most solid rock bands to still be performing 20 years after forming.

As the sunset on Saturday, the west side of the park began to swell for Jack Harlow and RÜFÜS DU SOL. When you think of Kentucky, a charismatic rapper such as Jack Harlow’s doesn’t immediately come to mind. After bedroom mixtapes in high school and releasing singles such as “Routine” and “Dark Knight,” Harlow’s career began to form and sky rocket. Opening his ACL Fest set with hit single “Tyler Herro,” young fans feverishly danced and sang along. Although casual music fans might say they don’t know Harlow, his catchy rap songs are definitely commercial hits and will propel him to remain relevant for years.

Saturday night really came alive with dueling headliners Billie Eilish and RÜFÜS DU SOL. Billie Eilish’s rise to fame is no mistake; at not even 20-years-old, the young Gen Z superstar has built a huge following over the years; her humble homeschooled upbringing meant creating music with her brother at a young age. Returning to the ACL Festival for back-to-back years, the maturing artists played hits for the massive crowd from their recent album Happier Than Ever. Eilish entranced her fans as they hung on every word and lyric she spoke, even taking a middle-fingered jab at Texas Lawmakers for a “My Body My Choice” expletive statement which was met with a roar of approval. Single hits such as “You Should See Me In a Crown,” “Happily Ever After” and “Bad Guy” prove her staying power and have stamped her name in pop music history forever.

Two years of distancing and isolating has changed us as a society. Compounded by civil unrest, these times call for a cathartic release and RÜFÜS DU SOL delivered with their hour set of trancey and tribal electronica set to blinding lights at the Honda Stage. Having just come from a sold out show at Red Rocks in Colorado followed by Governor’s Ball (QRO recap), the Australian electronic is just getting back to dazzling crowds and giving them hope for a better future. With their slow build ups and showering breakdowns set to Tyrone Lindqvist’s comforting vocals, a sense of communion enveloped the crowd inspiring us to rise up and overcome this sad moment in history.