As the dust settled from ACL Day One (quite literally) patrons began slowly trickling into the festival at a snail’s pace.... 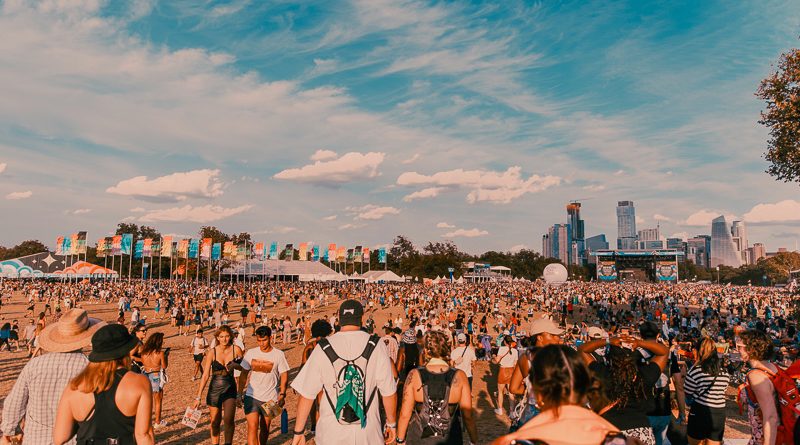 As the dust settled from ACL Day One (quite literally) patrons began slowly trickling into the festival at a snail’s pace. This was likely due to Longhorn football coinciding with the days first bands or the hangover attendees received the night before. As always the Austin Parks Foundation and their clean-up crews did an amazing job keeping the vast park at the heart of the city free from debris. A new addition to the festival this year was the introduction of orange reusable cups from the company TURN. While a good amount were left lying as wounded warriors on the battlefield, one would hope the green initiative did some good.

Neil Frances took the Miller Lite Stage at 1:30, using their psychedelic funky vibes to attract anyone not watching football in the beer tent. The groups energy and sound were flawless, bending vocals and introducing live synths to their fans. As the band played their groovy rendition of “Music Sounds Better With You” towards the back end of their set there wasn’t one hot sweaty person in the crowd not twisting their hips to the beat.

Playing the American Express Stage in almost unbearable heat, The Midnight came out showing their cool. This is one of those bands where you everyone on stage is an absolute show-stopper . Whether it’s the amazing vocals of Tyler Lyle, the responsive guitar solos of Tim McEwan, the badass female bass licks or the ear-soothing saxophone show stoppers; this band has it all.

On the Barton Spring Stage, Princess Nokia had fans steaming in sweat to see her. In response, she came out with her Kirby (Nintendo) fashioned Star Rod that doubled as a water gun to cool the crowd down. It was an uproar in the best of ways. Burning down the shadiest stage at ACL with her fire outfit, sexual energy and well performed popular songs, Princess Nokia was a certified hit.

While one could give you 13 Reasons Why to see Wallows you only really need one: They are fantastic musicians. Not all bands get asked to come back and perform at one of the most popular festivals in the nation after all. They definitely have the young crowd’s hearts.

As a part of their Wet Tennis tour, married electro pop duo Sofi Tukker pulled one of the biggest crowds the Miller Lite Stage had seen yet. The crowd was going nuts ready for the show a good 15 min before call time. The groups production was set up as if you had a front row seat to the US Open of tennis, where they performed earlier this year. While performing Tucker let the crowd know that they would be doing a competition between the current crowd and that of the first weekend. After their hit “Purple Hat” played towards the end of the set, it was safe to say Weekend Two was victorious.

Death Cab For Cutie was a late addition to ACL’s Weekend Two line up, but certainly one of the most desired acts of the weekend. The Honda Stage crowd boiled over with millennial teenage angst as the band took the stage at 6:15 opening with their hit off their newest released album, “I Don’t Know How I Survive”. Joking to the crowd about a conversation he had with his mom earlier, Ben Gibbard claimed that he was playing for a crowd for 200,000. After hearing the crowd unanimously singing “I Will Follow You Into the Dark” by themselves he claimed he couldn’t tell the difference. Fans faces, whether they were smiling or crying happy tears, said it all. It was a show for the ages.

Fans strolled to T-Mobile Stage as the sun set over the Austin, Texas skyline to hear The War On Drugs. The ambiance was what the day needed to help recenter the crowd. They were the obvious choice for most diehard ACL patrons as the other options were more geared towards an electronic/rap esthetic. The lighting for the set was phenomenal, the bands production team and light designer deserve a pat on the back for their performance. The bands lead singer, Adam Granduciel, laid his emotions on the line through his raspy yet elegant voice and his band accompanied beautifully.

Bangers after bangers, Flume didn’t hesitate to pull out all the stops for his headlining performance on the Honda Stage to close out day two of ACL. Swinging his bleached hair around his customized dual controllers, the “Never Be Like You” creator made everyone witnessing feel nostalgic and energetic at the same time. He even brought out guest artists and changed his production half way though the set keeping the crowd on their toes. As one of the most decorated producers of the last decade, he was defiantly worthy of closing out Austin City Limits.

Yumi and The Weather – It’s All In My Head