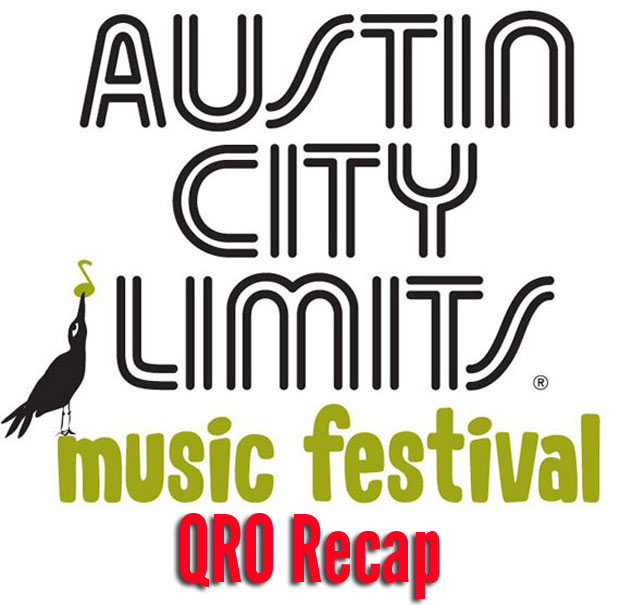 Austin is weird, and the modern adage of “Keep Austin Weird” accurately describes the weird metropolis that I have come to call home.  Austin City Limits Music Festival was a testament to that as it set out on its 11th year, Friday-Sunday, October 12th to 14th.

The three days of madness could easily be summed up with one word: insane.  It was my first time covering a festival and it was an experience that I will never forget.  From talking with intoxicated drunkards, meeting new people, to getting mud all over my clothes, I had my first taste of the chaos that ensued at the renowned festival.

Although Austin City Limits has been criticized for being ‘top heavy’ – having only a number of ubiquitous talents only to be followed by a slew of nobody acts – all the artists came with artillery and guns on tow.

Photos of M83 at Hammerstein Ballroom in New York, NY on October 3rd, 2012

On the first day at the festival, I was blown away by M83‘s set.  Lights set their sights to the sky as people congregated to the Barton Springs stage for M83’s grandiose and heartfelt performance.  To begin their set, Yann Gonzalez and Morgan Kibby’s guttural croons were lightly coated by the metallic synths in “Intro”.  Later into their set, Morgan Kibby’s dulcet falsetto in “We Own the Sky” climaxed off into a chaotic precipice, as a clarion of synth arpeggios and distorted guitars floated in the chaotic soundscape.  The band followed with fan favorite “Midnight City”, where sax man Ian Young stole the night with a sexy and sweeping solo.

The M83 exodus began to migrate to the Bud Light stage to see The Black Keys, but that didn’t hinder the band’s energy that was soon to follow.  While people left, the bubbly synths to “Couleurs” began a groove amongst the sea of flailing bodies.  It was a futuristic spectacle, as flashing neon colors adorned the stage while electric tom-toms, aggressive drumming, and deranged saxophone solos fused together into a six-minute unbridled jam.

Photos of The Black Keys at 2012 Catalpa Festival in New York, NY

Photos of The Black Keys at Frank Erwin Center in Austin, TX on April 25th, 2012

Photos of The Black Keys at 2012 Coachella Festival in Indio, CA

Photos of The Black Keys at Bell Centre in Montreal, PQ, Canada on July 11th, 2011

Photos of The Black Keys at 2010 Osheaga Music Festival in Montreal, PQ, Canada

Photos of The Black Keys at SXSW 2010 in Austin, TX 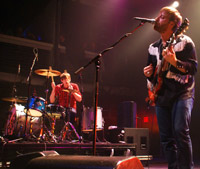 However the day ended on a lackluster note as The Black Keys closed off the first day of the festival.

Patrick Carney commenced the madness with his militaristic drum roll in “Howlin’ For You”.  The band immediately followed the song up with the languid and sleazy, “Next Girl”.  Frontman Dan Auerbach’s charming drawl and fuzz driven solos took me back to my earlier days of listening to the blues masters of Jimi Hendrix and Howlin Wolf.

After “Next Girl”, I soon lost interest as they kept regurgitating replicas off their album, El Camino (QRO review).  It’s not that I don’t like the Black Keys because I do.  Their first album, The Big Come Up, was on a constant loop when it first came out, but their performance was disappointing.  In most rock concerts, I’m used to seeing impromptu jams, and longer renditions of songs, but in their performance I got none of that.

The second day proved to be the wettest out of Austin City Limits 2012.  I was pretty exhausted but as I ventured to Zilker stage to see La Vida Boheme, my exhaustion soon went away.

Formerly unknown to me, La Vida Boheme, was surprisingly one of the best bands of the day.  Once the band went into the fan favorite, “Radio Capital”, a complete riot ensued as the roaring voice of Henry D’Arthenay fueled the audience into all out mud war.  Dressed in white uniforms spattered in paint, it was hard to believe that these rail-thin men could transform a crowd into a crazed mob.

Some die-hard fans dancing in the front of the stage even waved a large Venezuelan flag, screaming in approval of the band’s performance.  The crowd loudly sang, “Tu Eres Mi Calma!” in “Flamingo”, marinating the band’s charming harmonies as the band decided to let the crowd take over.  La Vida Boheme closed their set with the energetic “Danz!” where they graciously thanked the crowd with “Muchisimas Gracias, Austin!”

Photos of The Roots at 2012 Greenville Music Festival in Berlin, Germany in the QRO Concert Photo Gallery

Photos of The Roots at 2012 Great Googa Mooga in Brooklyn, NY in the QRO Concert Photo Gallery

Photos of The Roots aboard The Intrepid in New York, NY on September 29th, 2011

Photos of The Roots at Prospect Park Bandshell in Brooklyn, NY on July 11th, 2010

However, The Roots took the best performance of the night.  The talent behind the eight- piece hip-hop group is impeccable as they effortlessly seamed throughout each song without any difficulty and with such confidence.  Before barraging through their set with “The Next Movement”, keyboardist Kamal Grey picked up a languid melody of seventh chords while vocalist Black Thought paid tribute to the past hip-hop icons, J Dilla and MCA.  Black Thought’s cadence was aggressive as he plowed through “Mellow My Man”.  However, I was most impressed with the guitarist, Captain Kirk Douglas.  Like a modern day Jimi Hendrix, he retained some cool detachment from all the avid applause he was receiving.  The band even offered some interesting renditions of Kanye West’s “Mercy” and Slum Village’s “Fall In Love”, before finishing it with The Root’s mantra “Here I Come”.

Unfortunately, the most disappointing act of Austin City Limits was Neil Young.  There, I said it.  Then again, what should I expect when his performance began with an over blaring 14-minute jam before finally beginning his set with an 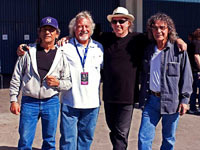 underwhelming “Love and Only Love”?  The only memorable parts of his set were “Cinnamon Girl”, “The Needle and The Damage Done”, and “Powderfinger”.  Yet nowhere to be heard was the most expected, “Cortez, the Killer”.  Before ending “Walk Like a Giant”, the band even ran into an exhausting jam of repetitious power chords that was enjoyable for the first minute but turned into an overwrought annoyance.  I may seem extremely bitter but I’m sure I wasn’t the only one who thought the same.

Luckily enough the sour taste in my mouth after the Neil Young’s performance soon dissipated with day three. 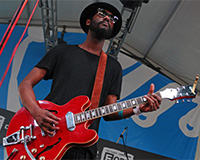 I’ve seen Gary Clark Jr. twice, and was my third time at ACL and he never ever fails to deliver.  His cool and hoarse drawl made it seem as if he had a cigar in one hand and shot of whiskey in the other before his performance.  Midway into his opener, “When My Train Pulls In”, he went into a wailing solo, as Clark got lost in the moment, strutting his confidence like a modern-day Prince. 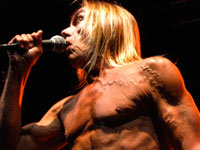 Another enjoyable and nostalgic act was Iggy Pop and the Stooges. “We’re the f$%king Stooges and we come from hell, baby!” said Iggy as guitarist James Williamson went into the dark riff of “Gimme Danger”, resulting in a chaos of frantic guitar solos and blasting saxophones.  Iggy perpetuated the riot as he screamed, “Bum rush this f#%king stage.  Shake this shit up a little bit!”

The chaos enfolded as guitar scratches and thunderous bass hooks fueled the deranged mess of “Fun House”.  One glassy-eyed kid yelled, “Iggy takes me back to the ‘70s, man!”  The Stooges definitely transported the audience back to the psychedelic ‘70s of unbridled proto-punk. 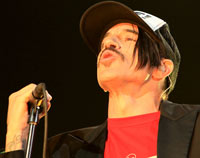 However the most impressive act all of ACL was to close out the third day.  “We came here specifically to mess with Texas,” shouted Flea, and that the Red Hot Chili Peppers did.

The crowd joined in a clamoring yell as the staple drum line segued into fan favorite, “Dani California”.  However, John Frusciante’s (RHCP’s previous guitarist – QRO solo album review) absence was glaring at times.  Although Josh Klinghoffer was an impressive talent (who delivered for the most part), he was sitting in a chair where Frusciante’s energetic persona would have been preferred.

Luckily bassist Flea made up Klinghoffer’s lackluster showmanship.  He stole the show as his fingers frantically danced across the fretboard, resulting in a solo of guttural bass slaps and precise plucking.  Seeming to be the calm of the storm, Flea settled down into a quiet lull of repetitive bass notes.  Yet, the band only kicked the volume up to eleven as they went into crowd pleasers “Can’t Stop” and “Otherside”.

The lights dimmed and the faint chords of Led Zeppelin’s “Ten Years Gone”, flowed through the late-night air that was soon followed by fan favorite “Under the Bridge”.  Proving to be the most intimate part of the show, the crowd joined in a communal sing along as some even lit sky lanterns that flew up into the dark sky.