Azealia Banks played a special show at Prelude To The Shed.... 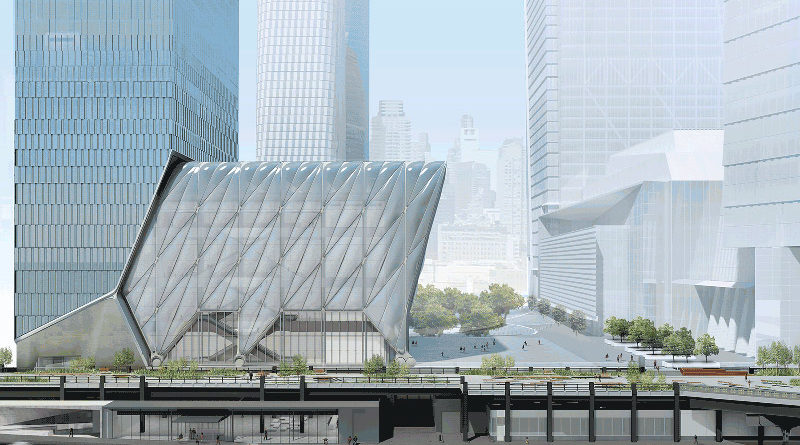 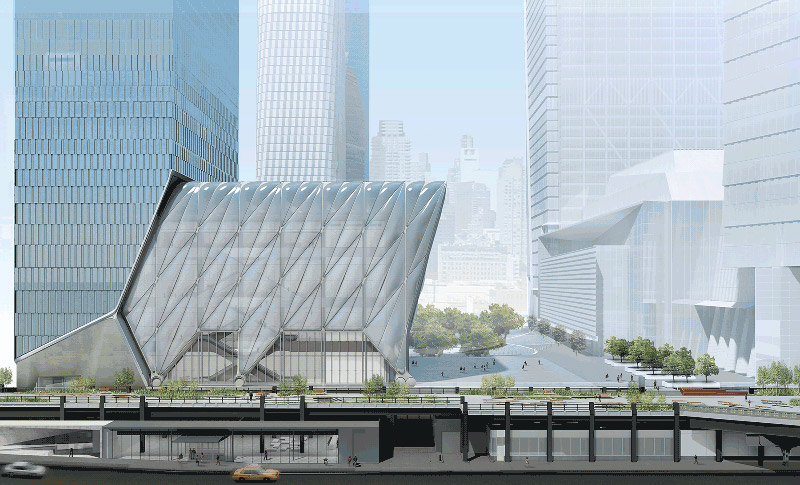 In the spring of 2019, there will be a music/arts space right on the Highline, 10th-11th Avenue, on 30th-31st Street. It will be called ‘The Shed’, and it is being built right now. Indeed, there was just a ‘Prelude To The Shed’ series of events, sort of across the street, which included a number of artists performing, like Azealia Banks on Thursday, May 10th.

First thing first: it was nigh impossible for your correspondent to find the place. The Shed’s website mostly focuses on what they will do, and it takes serious search on the site just to determine where The Shed is. Even then, the website doesn’t give a clear point as to where to go for Prelude To The Shed. Indeed, it didn’t seem to be on Google or Apple Maps, and one could very well get it confused with The Shed’s offices, up near 55th Street.

Your correspondent went to 30th Street Highline, and flailed around for a long while. He looked other ways, until he asked a doorman, who explained where the Prelude was happening. There were others also unable to find the place (though they might have been tourists…).

The actual space for Prelude To The Shed was a classed-up lot across 10th Avenue, with an unusual sort of set up. The main stage was a square, covered by a rather low-hanging ceiling, while the crowd areas to the left, right, and in front were uncovered squares, which mattered as rain threatened. It did give a rather interesting view of the area, as one could see from an ultra-modern high rise to others under construction to lofts to even an old abandoned mill exhaust tower. Meanwhile, the walls to the space blocked any view of the construction being done on 10th Avenue (if also the actual Highline).

In some ways, it wasn’t ideal, as there were bottlenecks to go from one crowd area to another, and the ones on the side were at the same level as the stage, so only good views for first or second rows of people. Indeed, there were a lot of barriers and blocked off areas. On the other hand, those who did get a view got a lot closer to Azealia Banks than is usual for her shows.

And enough with the complaining, Banks was still great. While she didn’t have her customary light show, and maybe could have stepped forward in the deep stage, she did bring her able dancers, and of course her own strong presence. Banks is rather notorious for her feuds and the like (stretching from Delta Air Lines to Sarah Palin to Russell Crowe), but her music stands up when she does it, like breakthrough single “212”, or when she busted out the megaphone.

Banks did end her set rather abruptly at 8:45 PM, with no encore despite the please from the crowd – a crowd that was fashionably dressed, and even able to dance in the tight confines. But rain started almost exactly after Banks ended, proving her prescient.

Other events occurred at Prelude To The Shed, including a NSFW performance piece by Arca (see below). And who knows what the actual Shed will bring to the classy, if a bit stiff-necked, uptown. But it is sure to be artsy. 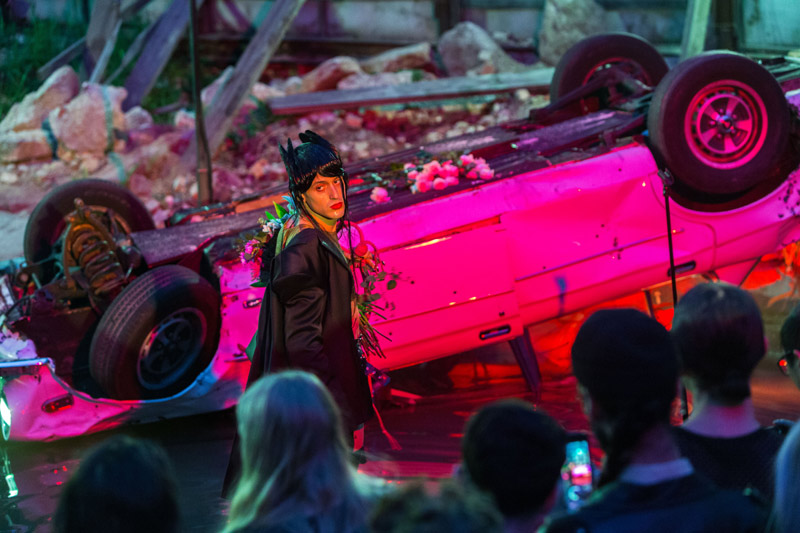