Baby’s All Right is located on 146 Broadway in Brooklyn, right after turns and South 6th Street splits from it.  A new venue, it opened to concerts at CMJ... 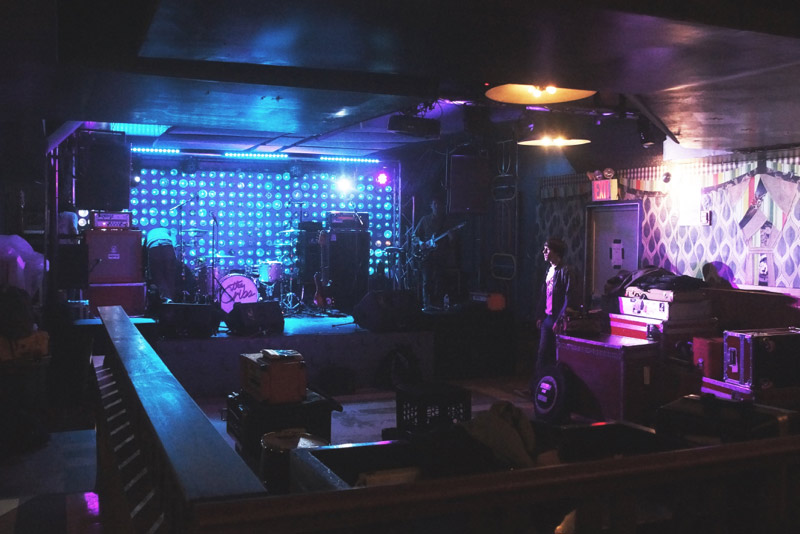 Baby’s All Right is located on 146 Broadway in Brooklyn, right after turns and South 6th Street splits from it.  A new venue, it opened to concerts at CMJ 2013, with a series of free shows from Brooklyn Vegan.

Hearing ‘new Brooklyn venue’ and that it’s not a few blocks from the Bedford Avenue subway stop, a.k.a. hipster central, and you might think that it’s a DIY place akin to Shea Stadium.  In fact, Baby’s All Right is a much classier joint, which includes a restaurant.  There is restaurant seating just to the right of the entrance, raised above the entryway (which has a neat light-up glass bricks curve on its left), and in a separate section to the further right.  There are three bars, one past the entryway facing the entrance, one to the right in the separate dining area, and one on the other side of the bar, facing the stage in the back of the space.  The bathrooms are rather confusingly located downstairs through the separate dining area, past a number of turns and doors/curtains for staff only, practically asking for drunks to wander into some place they shouldn’t.

The concert space itself is about on the level of Manhattan’s Mercury Lounge, though a little bigger, with poor lighting but better sound.  Baby’s All Right, despite not having the booking pull of Mercury, has not only tapped the local well but become a favorite for secret and one-off shows.  It was even featured in an episode of Aziz Ansari’s Netflix series, Master of None, where he gets a “hot ticket” for a special Father John Misty show there.  However, when the space is packed for ‘big band playing intimate space’ shows, the main back room can not only become unbearably hot, but also unbearably crowded, with the rather inexplicable barriers on the stage floor creating even more audience flow problems.  But with Williamsburg proper getting gentrified into high prices like the Lower East Side was before it, the Marcy Avenue area is due for it’s own music scene. 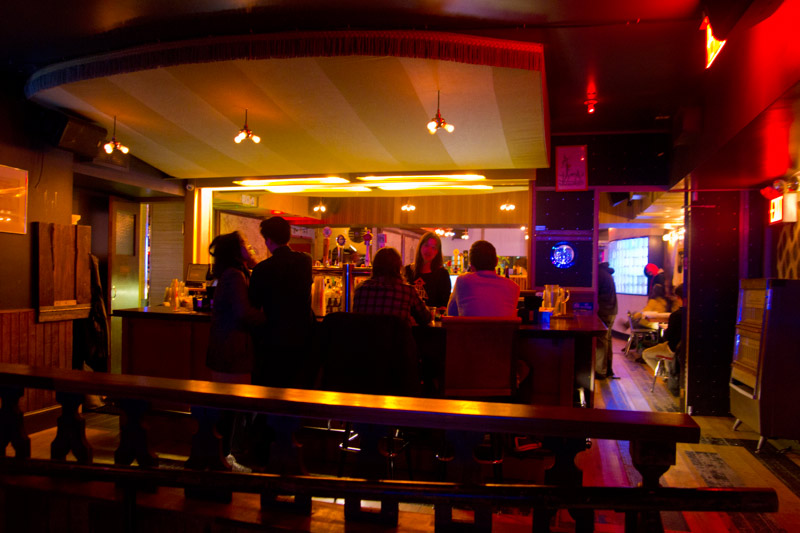