What better way to celebrate Cuba Libre than with Bacardi?... 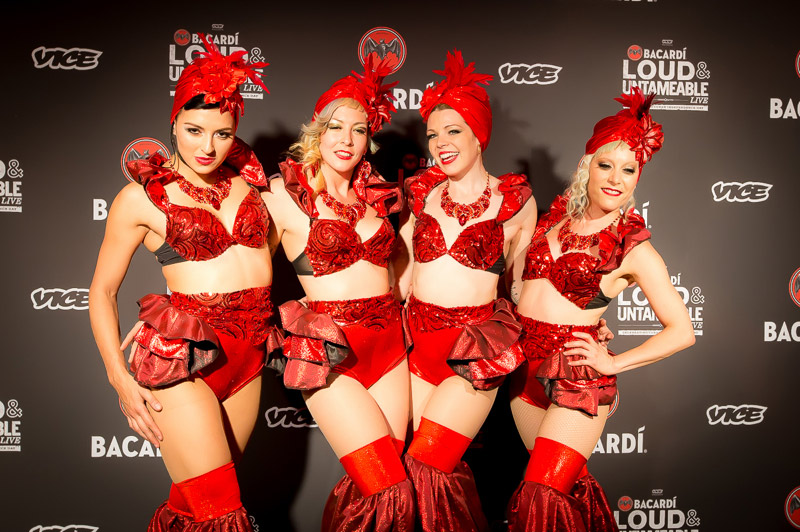 While more Americans know Cinco de Mayo, May 20th is an independence day more closely related to our country. It celebrates Cuba’s liberation from Spain, achieved thanks to the U.S. in the Spanish-American War of 1898 (that’s also when America got the Philippines, and, to be fair, later gave it independence on July 4th, 1946…). Even though our relations with today’s Spanish government are much better than those with Cuba’s, it’s still a day to celebrate, which Bacardi and VICE did in Brooklyn at Weylin B. Seymour’s.

Just next to the Williamsburg Bridge, Seymour’s was always a sight to see (like if you were going to across-the-street Baby’s All Right – QRO venue review), lit up and looking like a cross between a mosque and a Masonic Temple, but on this Tuesday night it was even more done-up. There was a line around the block well before doors even opened for those who’d RSVPed. Meanwhile, in the space between the building and the wrought iron fencing, a tented red carpet was set up for photographers to catch the celebs attending. Actress Jenny McCarthy, actor Taylor Kinney, Victoria’s Secret model Erin Heatherton, actress Jamie-Lynn Sigler, singer LeAnn Rimes, her husband & actor Eddie Cibrian, NY Jets’ Mohammed Wilkerson, Houston Rockets’ Chandler Parsons, Saturday Night Live’s Noël Wells, and more crossed the carpet, along with the evening’s performing artists, Future and Twin Shadow. Among those celebrating their own Cuban heritage was Sigler (which is why Meadow Soprano was east of Manhattan, not west) and Cibrian (who took in stride how the media was more interested in his country super-star wife, and not the Third Watch actor – he eased out with grace when the photographers asked for photos of just her, and joked surprise when they asked for photos of just him). 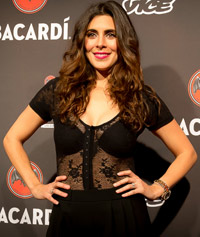 Inside, admittedly the space at first didn’t seem ideal. All marble and stone like an old bank, it was split into two sections, with the stage all the way on one side, leaving some people far from it. Also, the ledges that were part of the stone walls might have been useful for putting down your drink, but meant that one couldn’t even lean (and legs could have been tired after waiting in that line). But there were drinks – Bacardi is best known for its line of rum, and that’s the main ingredient in a Cuba Libra, the drink created by mixing Cuban rum and American Coca-Cola (along with the universal lime) upon the liberation of the island from Spanish rule. A lot of times at musical events, the free hard alcohol from one brand doesn’t mix in well (think of the free whiskey at the old summer afternoon McCarren Park Pool Parties…), but it was very fitting this evening, not just because of the Cuba Libre connection, but also the drink itself, which can kind of work anywhere, any time.

(the outdoor space, after the red carpet was rolled up, was converted into a classy smoking section, replete with waiters handing out cigars like a male version of a cigarette girl – though doubt they were Cubans…) 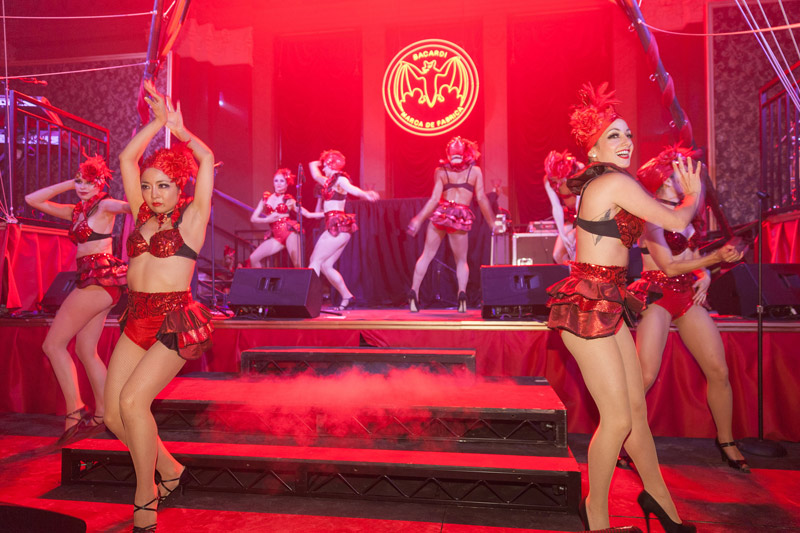 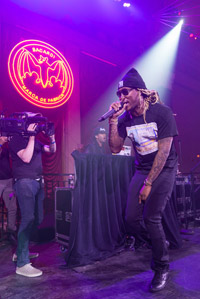 Initially more of an event than a concert, with burlesque dancers in red walking on stilts and hanging from a trapeze, Latin-American orchestra Yerba Buena put on an exciting performance, though it was just a DJ set from Twin Shadow. By the time the headliner came on, the crowd had changed, and the set-up of the space actually worked in its favor, as you could get up close if you were there for Future, hang in the back by the bars if you were there for the drinks, or alternate if you were there for both. The rapper certainly had the crowd going as he did a full set, and had drummer and keyboardist helping him out – but it was the crowd that helped out when Future asked for everyone to put their hands up.

America is a melting pot, but we certainly have our own tendencies on what we put into the pot – we seem to take the holidays of other nations as an excuse to drink: St. Patrick’s Day, Cinco de Mayo, and Cuba Libre (whereas our own national holidays, Fourth of July & Thanksgiving, are excuses to eat). But there’s never really a bad reason for a Bacardi, and May 20th is one of the better ones. 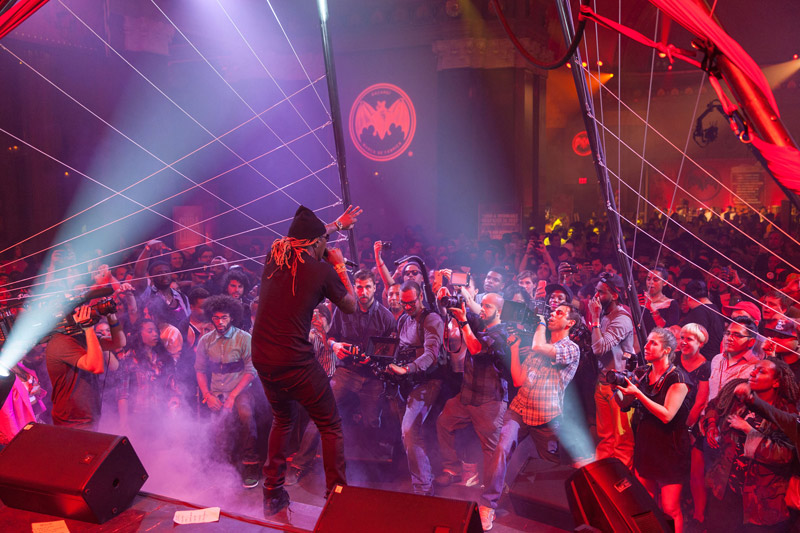