Backstreet Boys back to Winnipeg﻿... 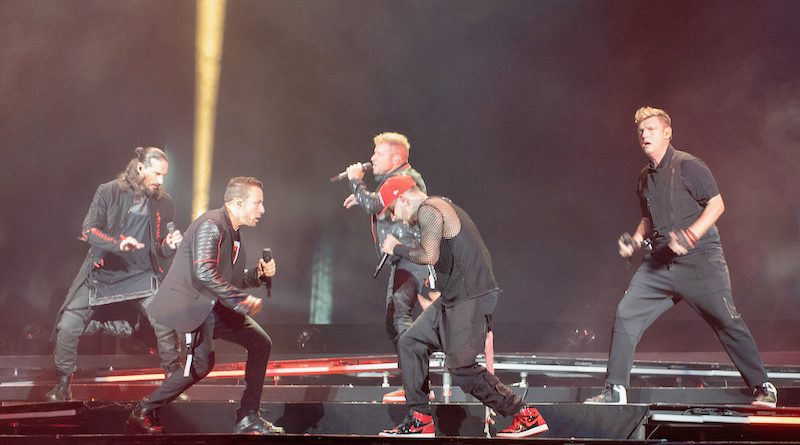 Backstreet Boys back to Winnipeg

The night of August 29th at Canada Life Centre in Winnipeg began with a DJ set, playing hits from Bon Jovi, Bruno Mars, and more to get the crowd pumped for the 29 year old pop boy band Backstreet Boys for the evening. It was a very sold out Canada Life Centre on Monday evening with 16,000+ people in the building. You could see and hear everything that happened.

Backstreet Boys’ last time when they came to town was 2019, actually, for the same DNA Tour. Guess they really liked Winnipeg a lot, that they had to come back so recently. The tour kind of stayed roughly the same as for songs goes. They added two new ones to the set since then, including “Backstreet Boys DNA Tour Remix” and “Everyone Intro”. But of course, Winnipeg was excited to hear the hits and see the place light up to the max. Hearing Canada light up for “As Long as You Love Me”, “I Want It That Way” and “Everybody (Backstreet’s Back)” was amazing to see and witness.

The Backstreet Boys are continuing the DNA Tour for US/Canada until the middle of September, then are doing a European leg in October and November, as well as a Latin America and Oceania tour at the start of 2023.