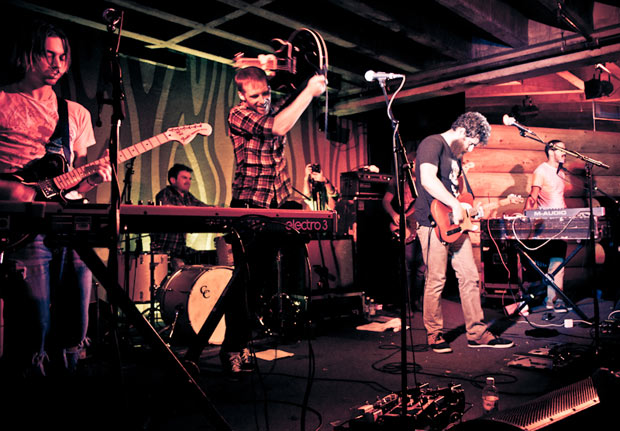 Click here for photos of Bad Books at Pearl Stable in San Antonio, TX on April 29th, 2013 in the QRO Concert Photo Gallery

The Bad Books show in the cozy, subterranean Doug Fir had the feeling of a house show – a very respectful house show in the company of friends.  The show itself was a bipolar ride, oscillating between comedy and serious music, in which the audience was included and very responsive. 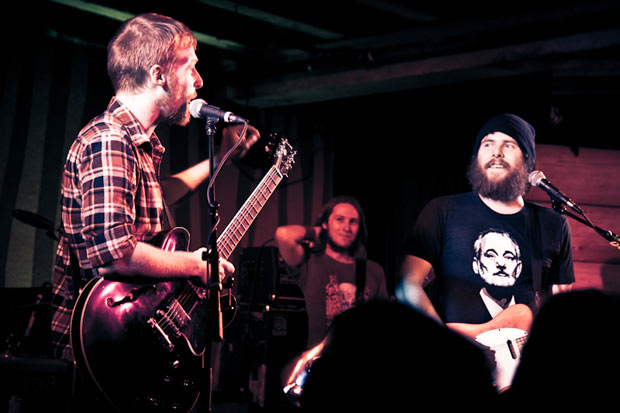 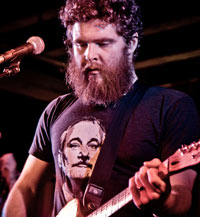 They opened with “The After Party” by Hull.  The three powerful guitars paired with Devine’s harmonies plucked right at the heartstrings of a surprisingly hushed audience.  Hull’s presence and delivery on stage is one of complete authenticity and connection to the songs.  His openness to chat about his feelings on stage and personal life enhanced the intimacy of the songs.

Devine seemed to dance between seriousness and absolute play throughout. 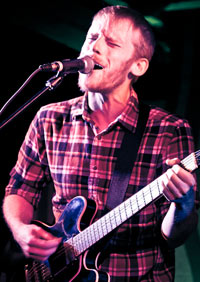 He would rock out, thrash his guitar around in complete joy, playing off of Homola on drums and Robert McDowell on guitar and then come to a dead standstill, and compose himself to move directly into a slow, serious song.  They all moved effortlessly from slow, melodious ballads like “Pytor” straight into the highly charged rock intro of “No Sides”.

Songs like “No Sides” and “Holding Down the Laughter” took on a much more edgy rock vibe in the live setting.  The Doug Fir, with its amazing sound and cozy intimacy, was the perfect place to experience the mellifluous harmonies of Hull and Devine.

Hull and Devine’s almost magical vocal layering became even more personal after experiencing their back and forth joking, bantering, and personal stories throughout the show.  While Freeman kept everyone chuckling with his cricket and rooster calls, Hull admitted that Manchester Orchestra got his guts all tied up in knots whereas Bad Books is a place where he can play freely and have fun with his friends.  Whether he said this before or after forgetting the words to “Pytor”, this music enthusiast can’t recall…

Bad Books – You’re a Mirror from Veronica Rose on Vimeo.

Part music and part comedy, experiencing Bad Books in the flesh feels as though you’ve made new friends with them.  One can scarcely believe that this was only their 11th live show together as a band.  It’s one you ought to catch while they’re still playing the small venues.  Who knows, you might even leave with a new friend or two. 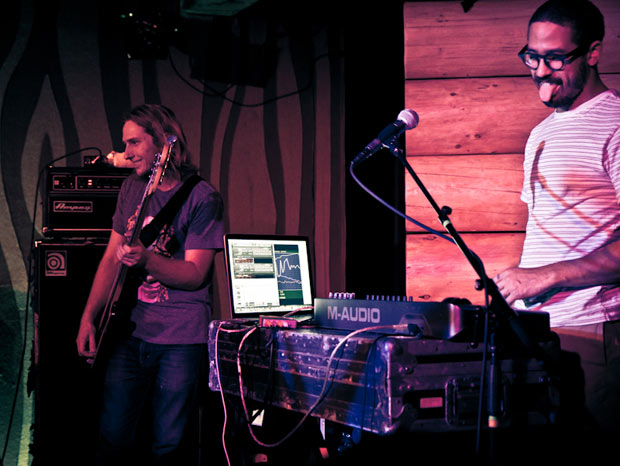 The After Party
No Reward 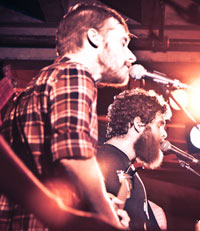 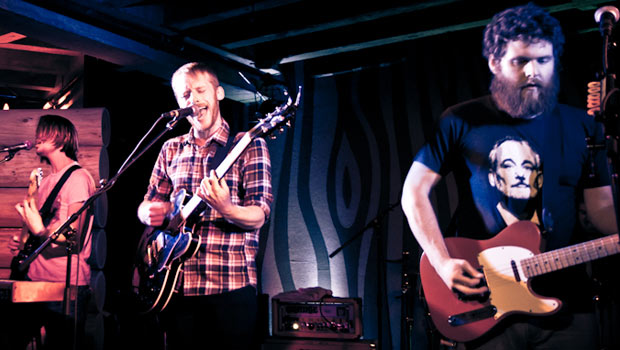 Two Gallants : The Bloom and The Blight