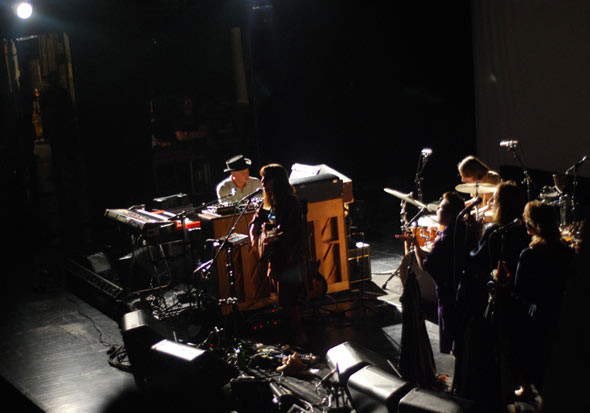 A turn-of-the-century theater, the large BAM building has a lobby with multiple doors from the street (up a few stairs), as well as the escalator to BAMcafé.  The lobby has a bar in the middle, on the street side, right in front of a large four-sided poster display, with elevators to the other side, service window to the left, will call to the right.  The lobby has a rather poor crowd flow, thanks to the sides being used and an obstruction in the middle.  The doors to Howard Gilman Opera House are to the right of entering (one cannot bring in drinks).

A seated theater, Howard Gilman has two balconies, as well as box seats to either side of the stage.  There are four sections, three aisles, with seat numbers counting off from the middle, odds to the left, evens to the right.  The main area, as well as the balconies, is rather sloped, which gives good lines of sight, though the massive stage itself, with high ceiling, can feel a little big for a band.  The sound and lighting system are naturally top-notch, though the lighting is more ‘theater’, with multiple rows of spotlights, than ‘rock show’, less specialized lighting effects (and no disco ball), and can get a bit overboard in the brightness to compensate.

While Howard Gilman Opera House usually just hosts performances of theater, dance, classical, world, and even opera, there are occasionally less ‘adult’ performances, most notably around end of January/beginning of February for their ‘Sounds Like Brooklyn’ festival of current Brooklyn music (previously ‘BrooklynNext’).  Even the rock shows book fairly artsy acts like Feist or The National, though the wilder punk rock act Les Savy Fav played there in 2010.  The staff includes ushers in the actual theater, who are more ‘museum security’ than ‘venue security’, older, less understanding, and unused to handling large amounts of young people (more so amongst the crowds milling in the lobby than in the seated theater itself).  They can feel a little ominous during a rock show, but other than enforcing a strict no-photo policy, are not actually overbearing.  What is rather nice is that, during rock shows at least, fans are often allowed (either by security or the artist) to leave their seats and head up front.  The classy place can feel slightly odd to those used to ‘regular’ rock venues, a little less relaxed than even other seated venues such as Town Hall or Radio City Music Hall, but with the advantages an up-market place brings as well, and when in the front pit, can get something close to the best of both ‘classy theater’ & ‘rock club’ worlds. 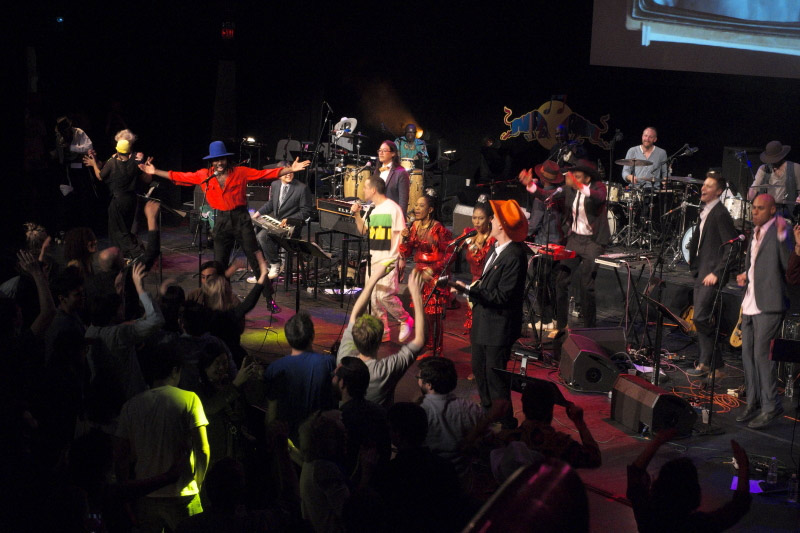