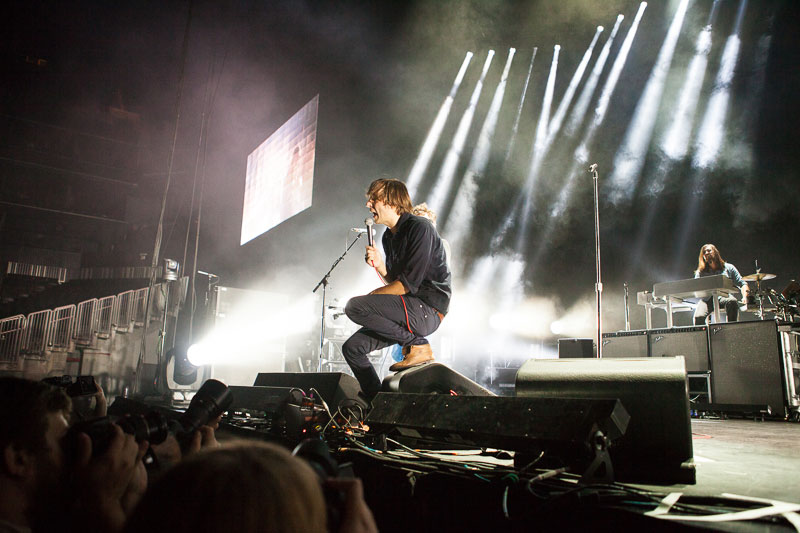 Barclays Center is located at 620 Atlantic Avenue in Brooklyn, overlooking the plaza on the southwest corner of Atlantic Avenue and Flatbush Avenue.  It opened on September 28th, 2012, with a series of concerts by then-part-owner Jay-Z.  It is also the new home of the Brooklyn Nets, will be home of the New York Islanders in 2015, and is part of the future business and residential complex known as Atlantic Yards.

The main entrance to Barclays Center all along the side that faces the plaza at the southwest corner of Atlantic Avenue and Flatbush Avenue.  Similar in size and ambition to Manhattan’s venerable Madison Square Garden, there are multiple levels of seating that circle around a central pit/floor (as one gets higher and closer to the rafters, the seats become increasingly pitched for a better angle of view, though can be a slightly disorienting walk to your seat).  For concerts, the stage is usually placed at one of the smaller sides, with no seats sold behind the band (occasionally bands perform ‘in the round’, without a backdrop, wherein seats all seats are on sale).  The floor is often divided into either two majority-seated sections, or one seated and a smaller standing-room pit in front of the stage.  But Barclays can be arranged in many different ways, including risers for bands that can rise or fall during a performance.  Naturally for such an important venue, the lighting and soundsystem are top-notch, with acts playing there often taking advantage of both, as well as utilizing the numerous big screens.

Directly challenging MSG (not to mention massive metropolitan area venues like Nassau Coliseum, Prudential Center, and IZOD Center), Barclays Center may be seen as the biggest example of the ‘rise of Brooklyn’ (though it’s far more rapper name-check than Williamsburg hipster).  The bands that play there are usually the biggest of the big – even those artists that can fill larger spaces outside of New York will still try to vary their tours by sometimes booking dates at Barclays instead (especially during winter months, when outdoor spaces can’t be used).  But the New York location and capacity limit do mean that the headliners don’t have to be the absolute biggest bands in the world – Paul McCartney can play there, but so can the biggest alternative acts out there, such as The National or Pearl Jam.  Like any arena, the fans are far away, though the pit is at least relatively close.  “Brooklyn!!!” has another exclamation point. 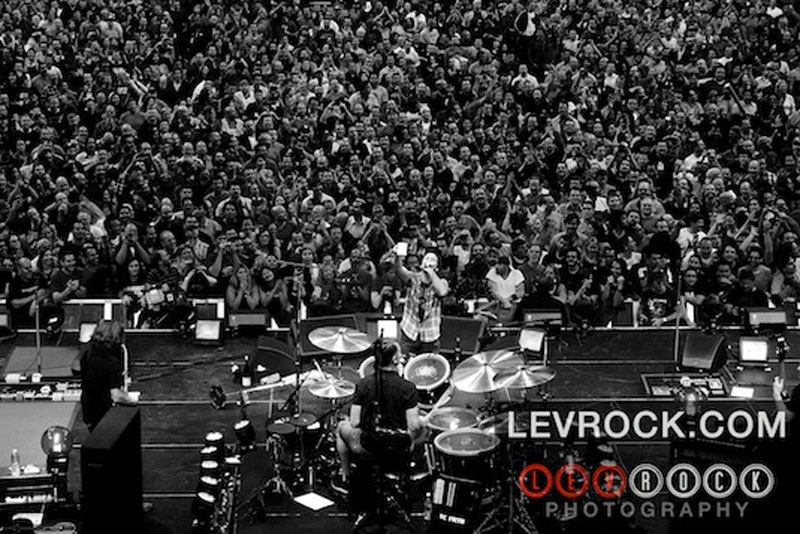