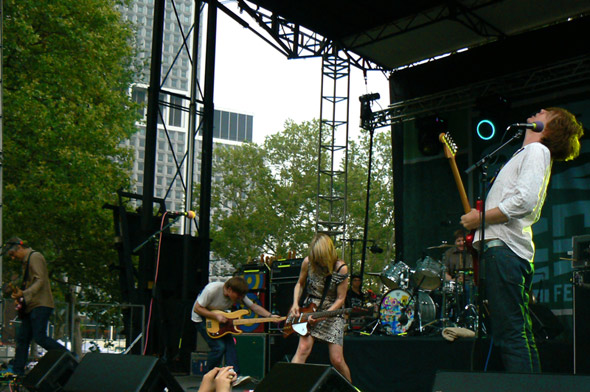 Battery Park is located on at the southern tip of Manhattan, wedged between State Street, Battery Place, and the Atlantic Ocean.  When events are held there, there are two entrances: a media/guest check-in on State Street, one block from the ocean, and a regular crowd entrance on Battery Place, one block from the ocean.  During the summer, the annual River-to-River Festival holds its largest concert there on the Fourth of July.  It is one of the venues used by River-to-River Festival during the summer, along with nearby Castle Clinton, as well as South Street Seaport, World Financial Center, Rockefeller Park, and others.

The actual stage is located on the eastern side of the park, closer to State Street than Battery Place, facing perpendicular to the sea.  One used to have to register online for free tickets for the Fourth of July shows, and they could go quite fast, but that was discontinued in 2009.  What’s more, one has to go to one of three designated times/places to pick up the physical tickets (these are arranged to be before other River-to-River events).  The park itself is fenced in for shows (though still open to the sea).  There is a photo pit up front (for the first three songs), and a guest area to the house-left (on the other side of the crowd from the sea).  Being the largest event, the sound and lighting equipment is top-notch, and the area is relatively well shaded from the sun or rain by trees.

The Fourth of July concert is not just the largest River-to-River event, but also features the biggest-draw act, yet still within the alternative music scene: previous acts have included Sonic Youth and The New Pornographers.  The crowd gets quite large, with a crush up front, but there is more than enough space farther back or to the house-left, in front of the guest area.  The crowd itself is remarkably diverse, from hipsters and young, proto-hipsters to parents with their children, thanks to it being a daytime show on a federal holiday.  While sometimes a bit too relaxed, it’s one of the – if not the – top free outdoor concerts of the summer, and a great way to spend the Fourth. 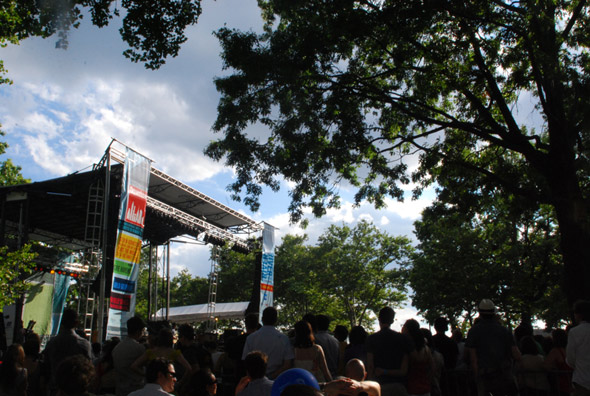 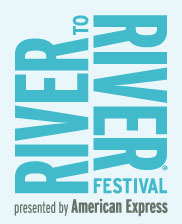