When the official schedule for the 2017 season of House of Vans was announced for Brooklyn, it stuck out that while there were events in early June & early... 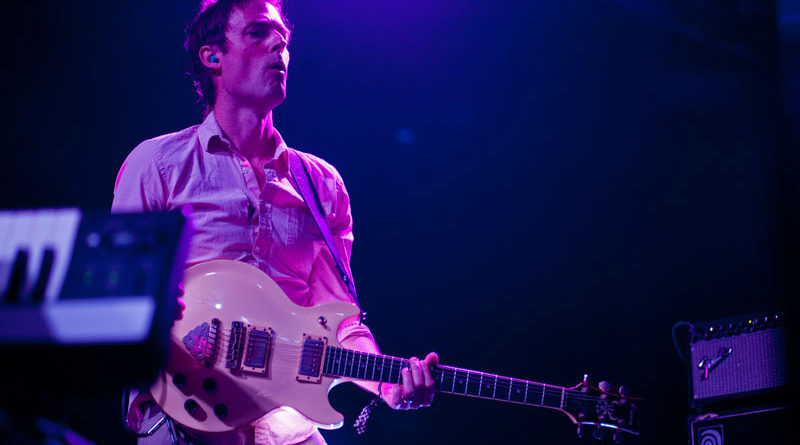 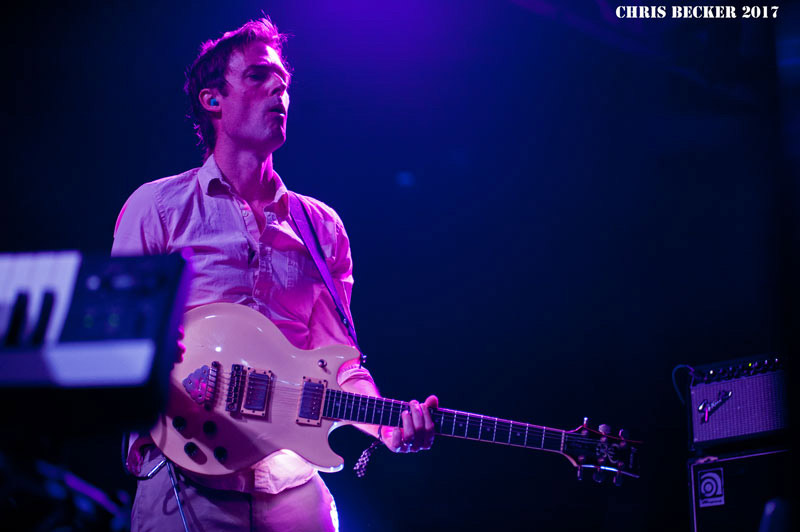 When the official schedule for the 2017 season of House of Vans was announced for Brooklyn (there’s now one in Chicago as well), it stuck out that while there were events in early June & early July, but none in late June. But extra events are always announced late for the venue, as it’s well-suited for special summer events: big, open space that’s both indoors & outdoors, already set up with a stage, sponsor, and free beer, all-ages & free. So Battles & Protomartyr came to House of Vans (QRO venue review) on Tuesday, June 20th for a show announced only the Friday before. 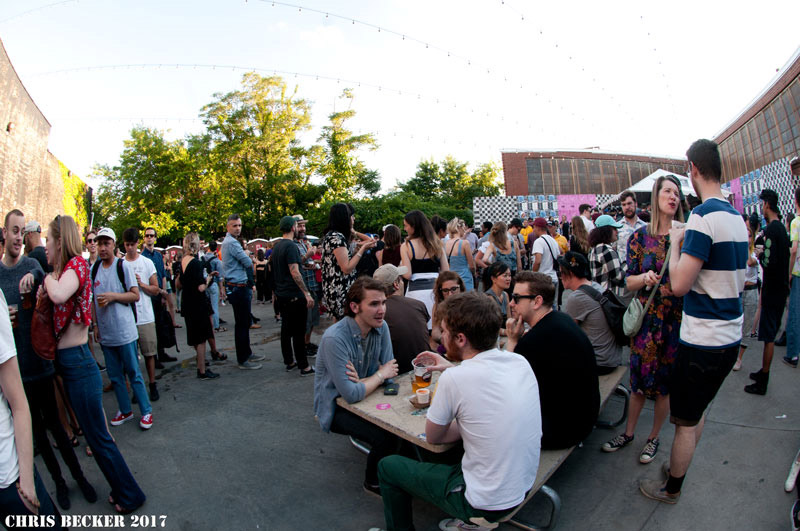 That late announcement, combined with the more alt-experimental nature of the acts playing (as compared to the Vans likes of big-name punks Rise Against – QRO live review – or nineties hip-hop greats Digable Planets – QRO live review), made it not so surprising that the line at doors wasn’t down many blocks like at other House of Vans events. However, inside the line for free beer was longer than your correspondent has ever seen it [and he’s been at House of Vans a lot], stretching all the way across the outdoor space and into the indoor warehouse. Folks would get a beer (one maximum), and then go to the end of the line and drink it while waiting for another. However, the line moved faster than it looked – and if you got to the front with beer still in your cup, you had to finish it before getting another (though the bartender would cheer you on with a mock-chant of “Chug!”). There were even lines for drinks in VIP (though that might have been because it had the vodka left over from the NYLON event at House of Vans the week before – QRO photos). 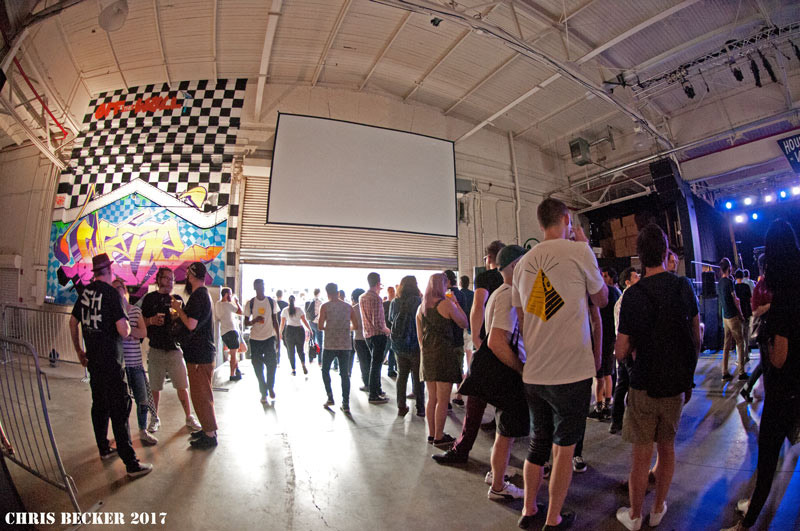 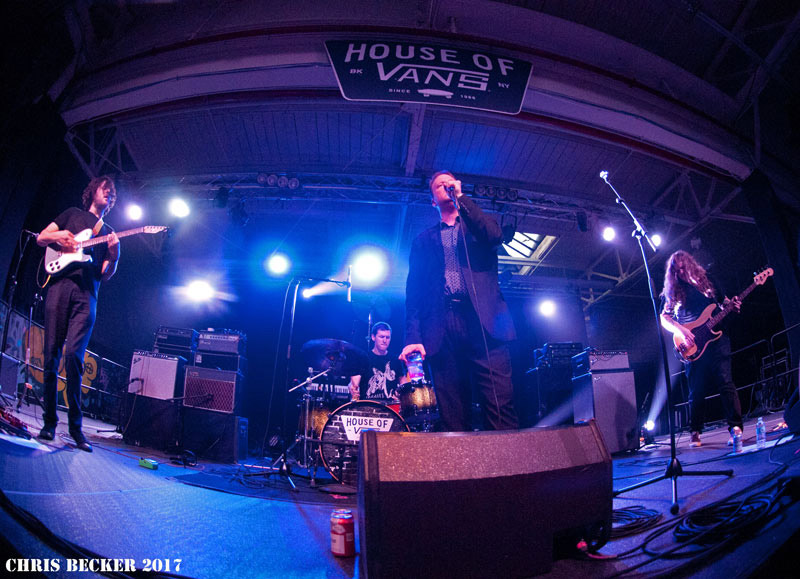 Click here for photos of Protomartyr from 2016 4Knots Festival in New York, NY in the QRO Concert Photo Gallery 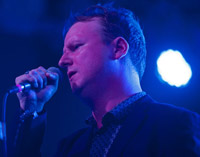 Protomartyr employ a post-punk sound that is uncompromising without being off-putting or full of itself, as so much experimental music can come off, ‘not for the hoi-polloi’ and the like. Singer Joe Casey is like a post-punk version of Dick Valentine (QRO interview) of Electric Six (QRO spotlight on) in his suit and stance, fitting as both acts hail from Detroit. They played “everything but the hits,” according to Casey. 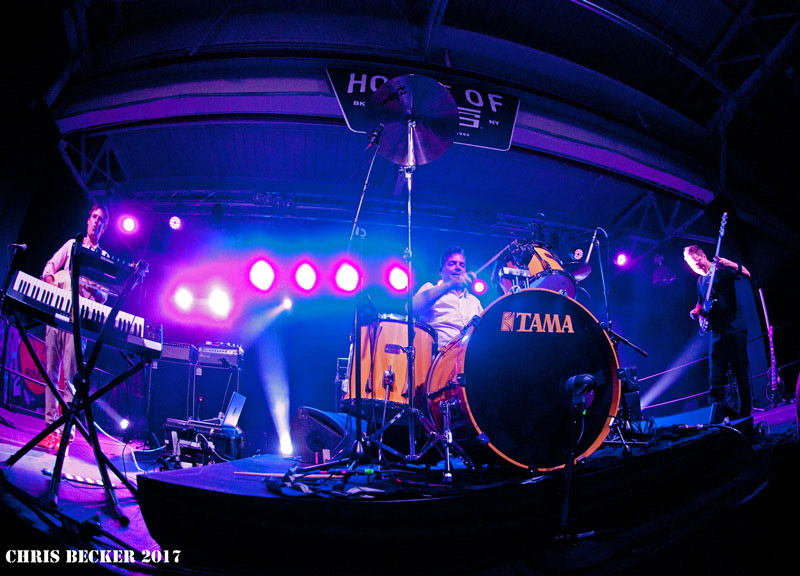 Photos of Battles at Forest Hills Stadium in Queens, NY on September 23rd, 2017

Photos of Battles at 2015 Day For Night Festival in Houston, TX

Photos of Battles at Webster Hall in New York, NY on October 20th, 2015

Photos of Battles from 2015 FYF Fest in Los Angeles, CA

Photos of Battles from 2011 Primavera Sound in Barcelona, Spain

Photos of Battles from 2011 All Tomorrow’s Parties in Minehead, U.K.

Photos of Battles from 2011 All Tomorrow’s Parties NJ in Asbury Park, NJ

Photos of Battles at Terminal 5 in New York, NY on September 4th, 2009

In the world of instrumental, vocal-less post-rock, most acts frankly aren’t that interesting to watch, but a definite exception has been Battles. Their driving and explosive sound has real fire live, up to and including drummer John Stanier’s very high (in elevation) symbol. The band mentioned being locals, said they could be met at the merch table afterwards before asking if people still stick around for merch (at House of Vans, depends whether security wouldn’t move the folks out of the space after the show), and added, “Don’t forget to give us a good review on Yelp…”

House of Vans has two more shows scheduled, punk rockers with Royal Headache, Sheer Mag, and Downtown Boys on July 12th, and Descendents & special guests on August 3rd. And hopefully/probably more in between. 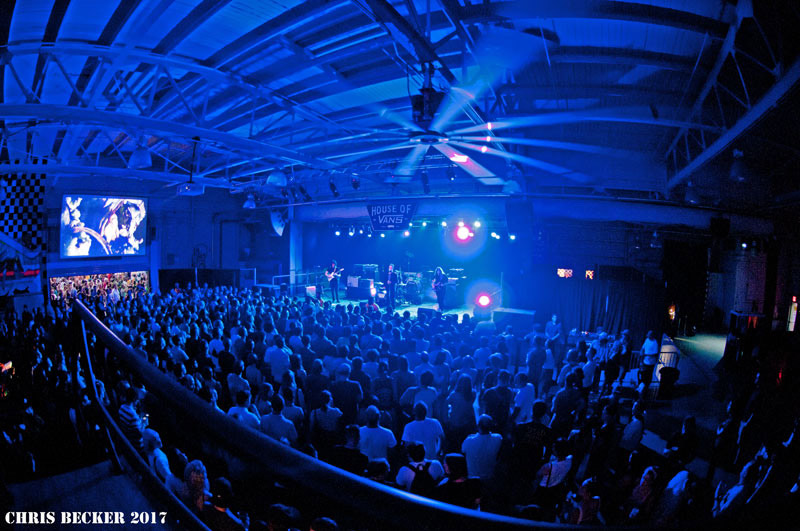