After a two year delay the most highly anticipated tour in punk music finally launched at Revolution Live in Fort Lauderdale.... 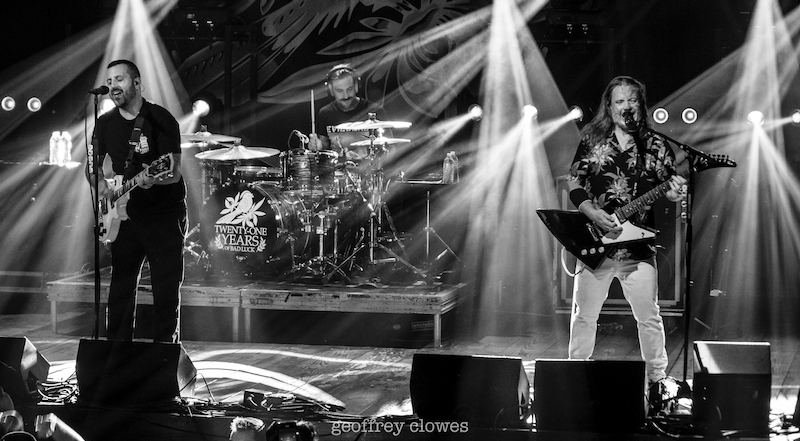 Click here for photos of Bayside at 2021 Riot Fest in Chicago, IL in the QRO Concert Photo Gallery

Click here for photos of Bayside at House of Blues in Boston, MA on May 30th, 2018 in the QRO Concert Photo Gallery

Click here for photos of Bayside at Manchester Academy in Manchester, U.K. on January 30th, 2011 in the QRO Concert Photo Gallery

Click here for photos of Bayside at 2009 Warped Tour at Nassau Coliseum in Uniondale, NY in the QRO Concert Photo Gallery

After a two year delay the most highly anticipated tour in punk music finally launched at Revolution Live in Fort Lauderdale on Saturday, August 28th. Anthony Raneri and his mates from Queens, Bayside, kicked off the ‘Twenty One Years Of Really Bad Luck’ tour along with fellow punks Senses Fail, Hawthorne Heights, and The Bombpops, the last of which were a last-minute replacement for Can’t Swim. The tour features a setlist that draws from the first two decades of the band’s career as well as their latest album, Interrobang.

Playing before a packed house that saw fans arranged like sardines on the floor and the two upper levels, the band didn’t disappoint. The floor quickly turned into a frothing mosh pit as Bayside kicked off “Already Gone” which led uninterrupted into “They’re Not Horses, They’re Unicorns”. There was sweat flying and there was blood, lots of blood, all in the name of good, clean, punk rock fun. The two opening tracks gave way to “Bury Me” from the new release followed a few songs later by “Sick, Sick, Sick”, in which Raneri’s mic failed and the vocal duties were handled by the audience. Later a masterful and drawn out version of “Masterpiece” followed another new track, “Prayers”. There were a few surprises opening night including an acoustic “Don’t Call Me Peanut”, the already depressing song became even more so. It didn’t quite work and fell flat while the first encore song, “Winter”, was not only an acoustic version but also its live debut, and was played enthusiastically and lively.

While the term “once in a lifetime” is overused and usually with a sense of hyperbole, it isn’t in this case. This tour is truly a once in a lifetime opportunity to see two masters of the craft, Senses Fail and Bayside share the stage with two that will someday be giants, Hawthorne Heights. Bayside is happily giving back to the punk community by bringing out bands that might not have an opportunity to play in front of a packed house. Punk is here, it’s alive and moshing and coming to a city near you. Go see it.