June 1st saw the summer get into gear in NYC with a free show at House of Vans, featuring Beach Fossils, Saba, and Nyck @ Knight.... 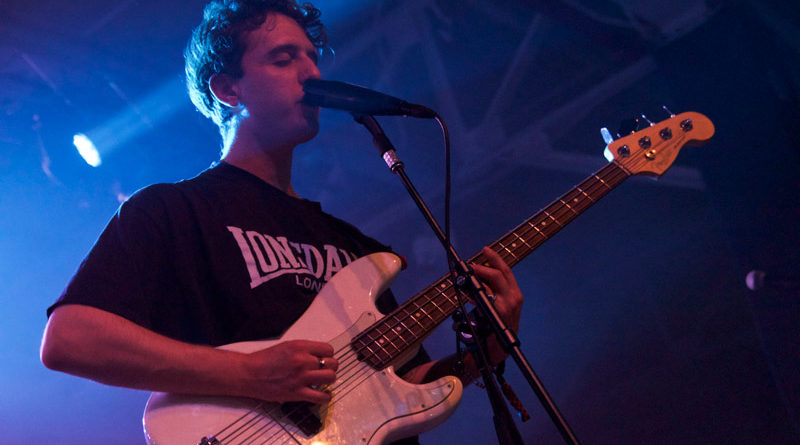 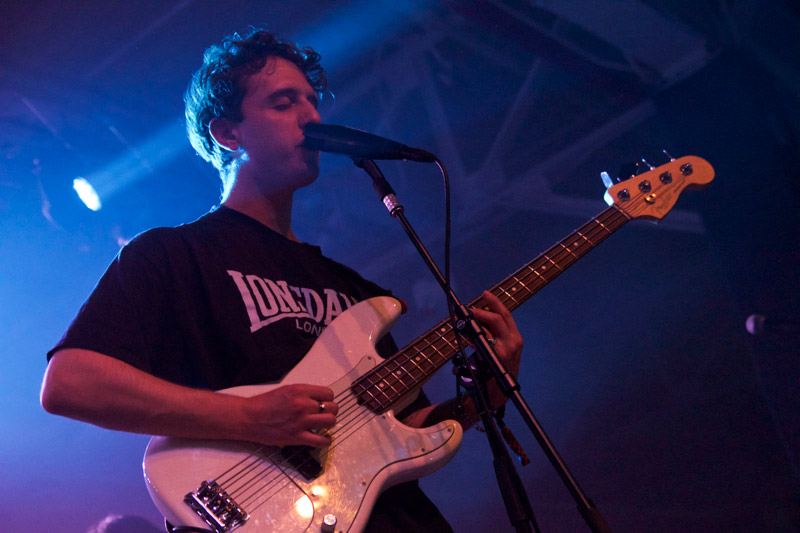 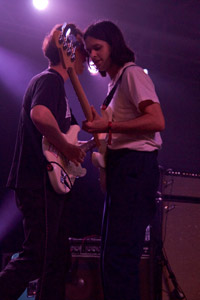 Memorial Day Weekend is the official ‘start of summer’, i.e. when you can begin wearing white and head out door a lot more. Of course, the main summer months are June, July, and August, etched in the mind of every schoolchild as summer vacation – and remembered fondly in the mind of every adult while working in the heat (or heavily air-conditioned cubicles). Thursday, June 1st saw the summer get into gear in NYC with a free show at House of Vans (QRO venue review), featuring Beach Fossils, Saba, and Nyck @ Knight.

This wasn’t the first House of Vans show of the year, or even the summer, as its official season had kicked off on Thursday, May 18th with Digable Planets and Joey Purp (QRO review). But the summer is really starting by June – i.e., more kids are out of school – leading to more folks at the all-ages House of Vans. There was indeed a massive line to enter when doors opened at 7:00 PM, and a line all night long for the taco truck inside. 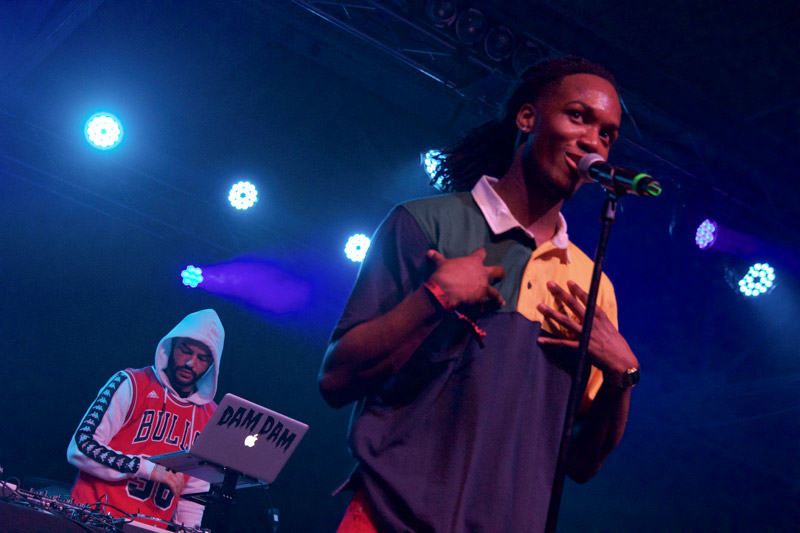 Interestingly, while the headliner was the relaxed indie-rock of Beach Fossils, the two openers were rappers, Saba and Nyck @ Knight. Having three, not two, total acts meant that Nyck went on early, with the crowd not fully there yet (though the sound was up). Saba had a fuller audience – later that night at another Williamsburg spot he made a surprise appearance with none other than big-name artist Chance the Rapper, who was in town to headline Governors Ball. 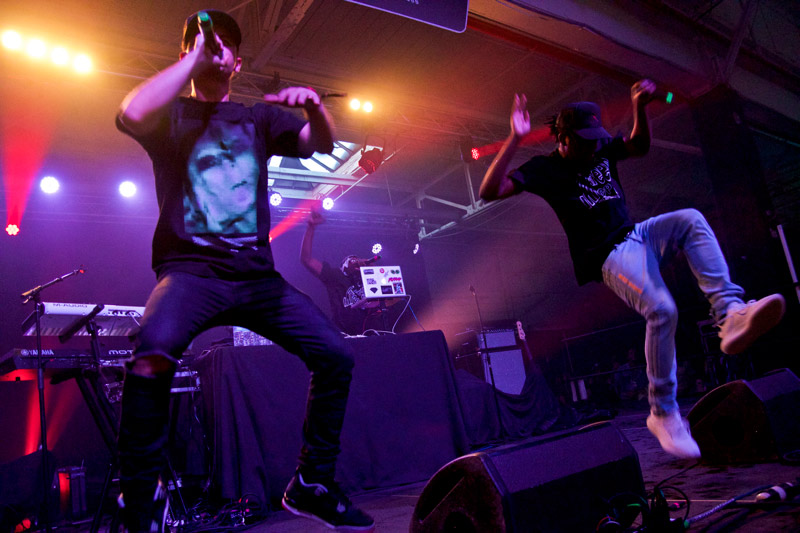 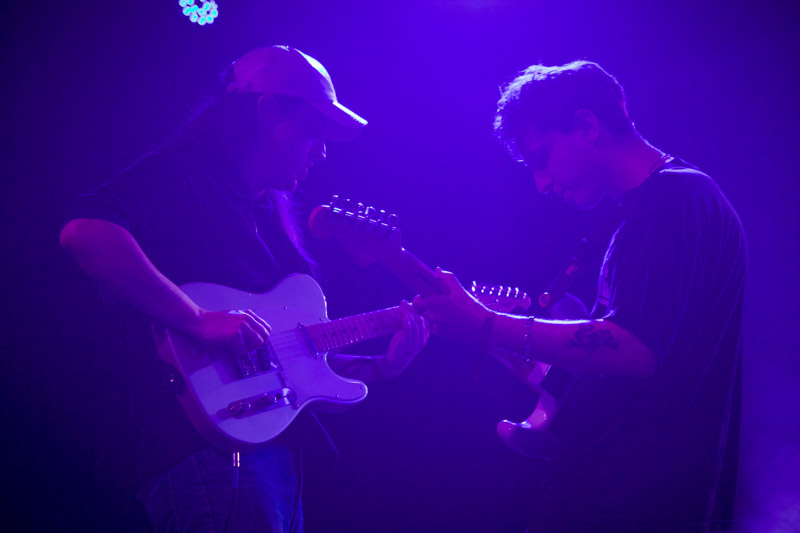 Beach Fossils have long been more a ‘background music’ type act, sweet sounds, but hardly gripping or ‘rawk’. So one could have expected the House of Vans show to be similarly laid back, especially as one would have expected a good percentage of the crowd to not know the act, between those there for the openers & those there for the free beer. Instead, it was a surprisingly wild show, including crowd-surfers. This was not only a hometown show for the Brooklyn boys, but a release party for their new Somersault, out the next day (plus, free beer…).

House of Vans quickly follows up on this show, with The Drums playing less than a week later, and two more shows in July & August: 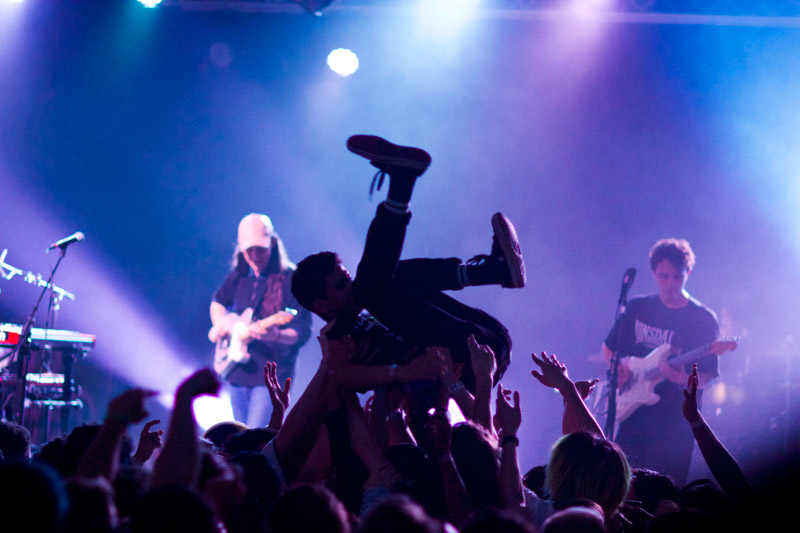