By the time you’re releasing your seventh album, you’re not a new act anymore.... 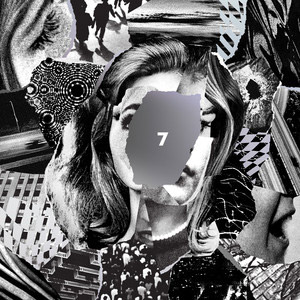 Photos of Beach House at Brooklyn Steel in Brooklyn, NY on June 8th, 2019

Photos of Beach House at ACL Live at The Moody Theater in Austin, TX on July 31st, 2018

Photos of Beach House at 2016 Sound On Sound Fest in Austin, TX

Photos at Beach House at 2016 Pickathon in Happy Valley, OR

Photos at Beach House at House of Blues in Houston, TX on October 1st, 2015

QRO’s review of Beach House at The Tivoli in Brisbane, QLD, Australia on January 13th, 2013

By the time you’re releasing your seventh album, you’re not a new act anymore. Baltimore’s Beach House have dubbed their seventh release 7, and if they don’t pop like they did when they were kids, it is a consistent continuation of their airy musical style.

Though opener “Dark Spring” begins with a refrain that brings to mind Arcade Fire’s “Rebellion”, 7 is distinctly a Beach House record, in all their ways. The strong moody air of songs like “Spring”, the beauty of “Pay No Mind” and “Black Car”, the glow of “Lemon Glow” – it’s all there. The slow glow of “Dive” goes into a more rock glow, while closer “Last Ride” marries their quiet ominous side with the band’s brightness.

This far into their career, Beach House aren’t going to reinvent their sound or shock you by going EDM or something, thankfully. But it shouldn’t be taken for granted that they can deliver as consistently as they do.