Rain has become something of an inevitable side order at English festivals these days, joining the usual main courses of inescapably overflowing Portaloos and never-ending queues for overpriced cider.... 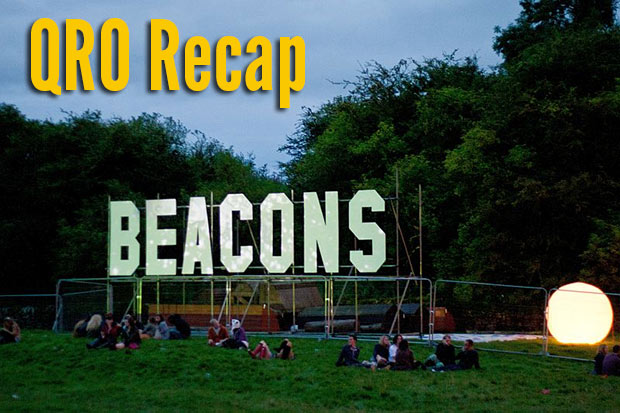 Rain has become something of an inevitable side order at English festivals these days, joining the usual main courses of inescapably overflowing Portaloos and never-ending queues for overpriced cider. For Beacons Festival, set in the heart of the Yorkshire Dales, rain has been a particular frustration; causing the boutique festival’s 2011 debut to be cancelled, and the arena moved onto higher ground in an attempt to escape the oncoming summer tide a second time round, Friday-to-Sunday, August 17th to 19th. 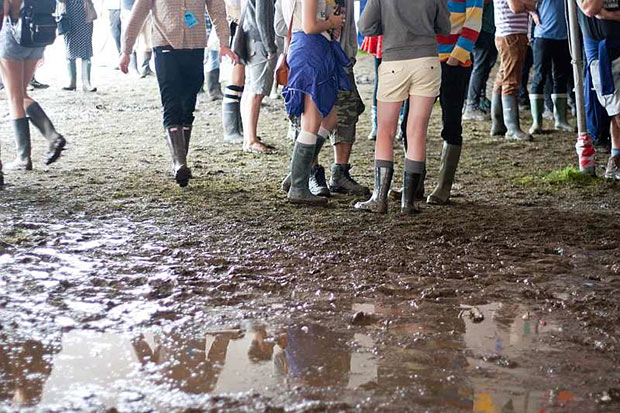 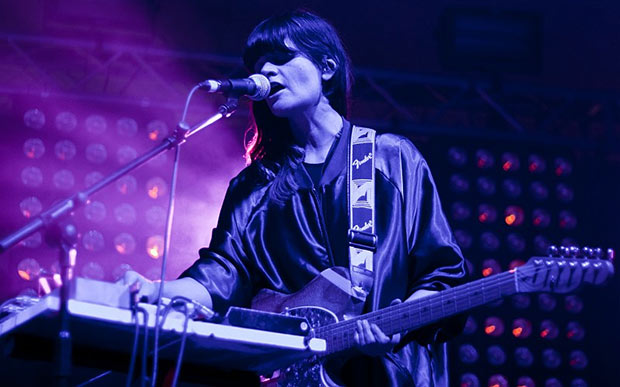 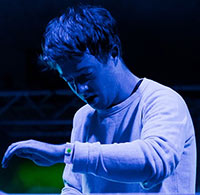 Friday didn’t get off to a good start. With thunderous clouds looming overhead, teenage sensations Disclosure suffered wet kit and continuous sound problems that left them with a set even younger than themselves. R&B crooner Jessie Ware had better luck, showcasing an array of songs from her soon-to-be-released debut album Devotion, armed with an MPC and a voice that could rival Sade. Friday night soon became a night of frenzied dancing, initiated by Factory Floor, whose set of hypnotic industrial disco, even at eight o’clock, was enough to send people over the edge. Mount Kimbie continued the trend, their genre-defying set of high definition textured noises drawing an eclectic crowd.  “This is a new one,” Dom Maker yelled, and all hell broke loose. There was an alarming pause as someone climbed the towering rigging, but they eventually hurled themselves safely into the crowd as roars of delight renounced throughout the tent. The reckless dancing continued. 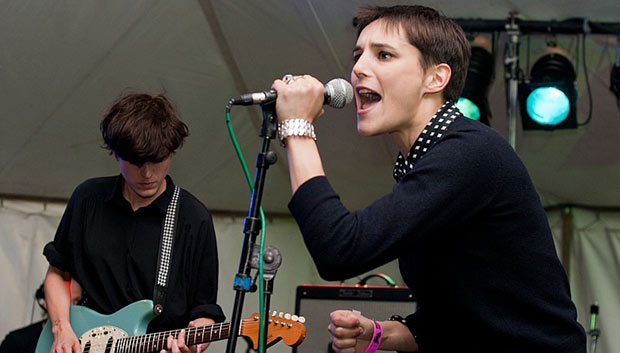 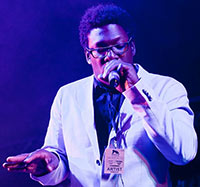 Later that night, South London rapper Roots Manuva belted out “Witness (1 Hope)” on The Stool Pigeon Stage to an audience that knew every word.  Outside, a small crowd stumbled through the mud, an excited chorus of hoarse whispers following them. “I heard she’s like a reincarnated Ian Curtis,” one animated festivalgoer nodded, pointing towards the overflowing VICE/Noisey tent which was currently being torn apart by post-punk group-of-the-moment Savages.  Clad in all black, they radiated an aggressive wave of dark intensity that surpassed all visual peripheries – a good job, as the ground level stage prevented anyone past the third row seeing them. Final track “Husbands” saw a mosh pit develop, causing jackets and drinks to fly through the air, and ensuring a few sore necks on Saturday morning. 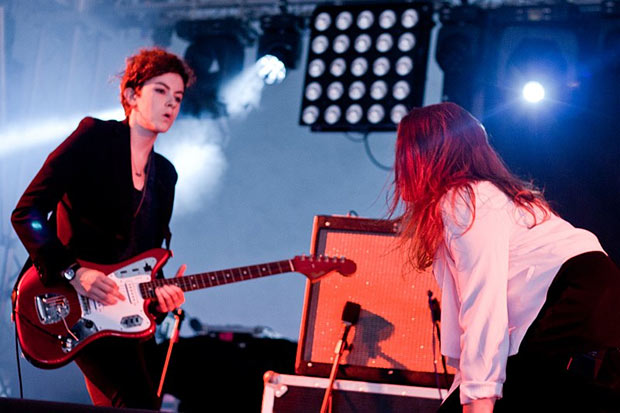 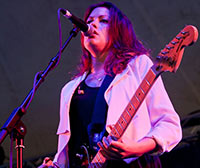 The next morning campers were awoken early by a deep rumbling; it would seem the Portaloos were finally being cleaned.  After a quick dash to use the now sparkling toilets, it’s back down to the arena, where 2:54, named after the band’s favourite moment in a Melvins song, played a fleeting passive aggressive set.  With lashings of sultriness smothered in eyeliner and razor-sharp guitar riffs, it was something you just can’t quite stand still to. 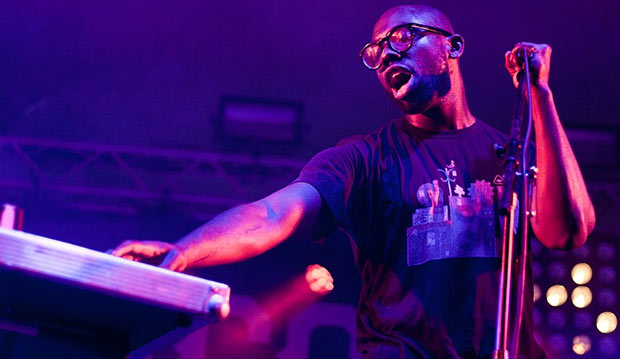 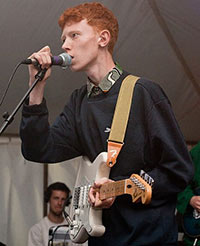 Ghostpoet immediately gained the crowd’s support by mentioning Yorkshire’s Olympic medal count, and then compelled them further through a racing set of his Mercury-nominated Peanut Butter Blues and Melancholy Jam.  With a colossal car-crash of a clash approaching around the half-eight slot, we headed over to catch a glimpse of the seizure-inducing Stay+ in the Greendales tent, somehow ending up in an underground Berlin club complete with heavy strobing and techno basslines.  Escaping by heading bleary-eyed towards the fading sunlight and the VICE/Noisey tent we found 18-year-old King Krule , who goes by a multitude of other names, including Zoo Kid and Archie Marshall, just finishing up his set (imagine a more talented, less high, Pete Doherty, over some decent production). 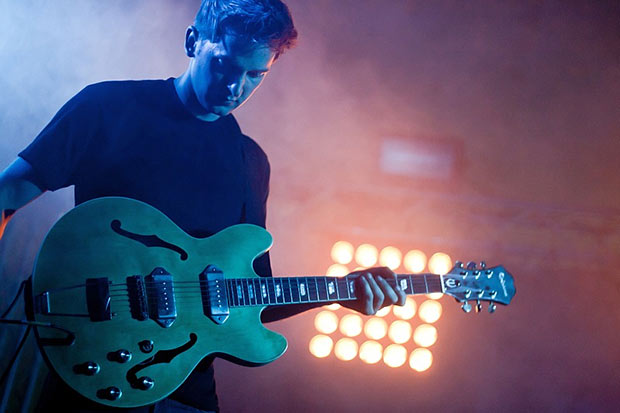 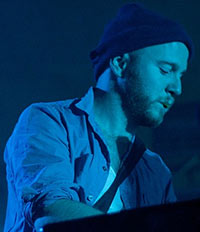 Headlining The Stool Pigeon Tent were Wild Beasts, who, in hailing from just down the road in Kendal, were local lads in every right.  Tracks such as Smother‘s “Bed of Nails” and “Lion’s Share” went down just as easily as early single “The Devils Crayon”, and it soon became evident that this band have always been destined for a stage like this, ever since their humble start some decade ago.  After a painstaking ‘Will they or won’t they?’ encore break, the band re-emerged through the dry ice balaclava-clad, (a nod of solidarity to jailed Pussy Riot members), before belting out a whopping five-song reprise. 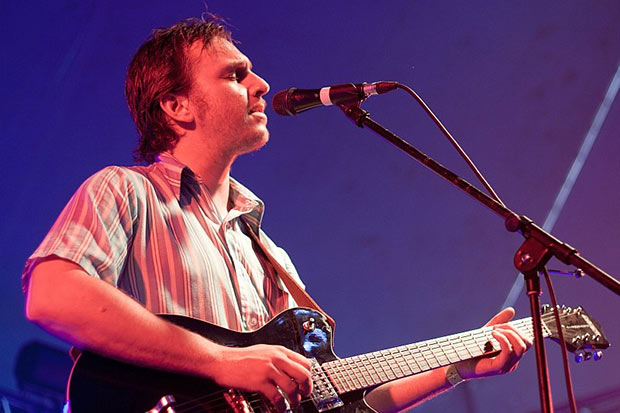 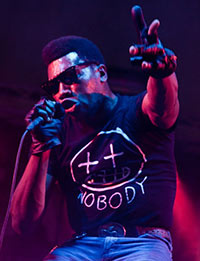 Sunday’s lineup appeared almost as if the organisers had the comedowns, hangovers and general exhaustion of everyone in mind.  First up, it was a much needed trip to Into The Woods; a haven of comfort in which you can ditch your consciousness and muddy wellies at the door.  During our stay, Sandrani, a duo combining classical Indian Raag with Western-style harmonies, lulled us into a musical coma amongst the sea of beanbags whilst we gazed dreamily at a sky of clouds and handmade lanterns.

Wellies back on, we headed back to the Stool Pigeon Stage, where Willis Earl Beal provided an early Sunday afternoon of lo-fi soul, his voice booming out with such intensity the only company it needed was a tape machine and the occasional slamming of a belt against a chair.  He left the stage to an audience swathed in goosebumps, before folk god Willy Mason played a brief but heartfelt set that wouldn’t have been out of place in your front room.

As night falls, we made a quick trip to the Impossible Lecture Tent, which had played host over the weekend to a 72-hour improvised performance art collective.  A semi-naked man named Paul Young was writhing around on the floor singing Kate Bush’s “Wuthering Heights” in a terrifying falsetto to a semi-bemused, semi-delighted sofa audience.  “Where the fuck is Heathcliff?” he screamed.  Outside, an apocalyptic fog had settled over Camp Beacons, one that couldn’t even be lifted by epic crowd pleasers Toots & The Maytals.  Nevertheless, they did their best to heat up a damp tent to furnace temperatures with an endless clapping and a call and response masterclass.  If you closed your eyes, it could have almost been summer. 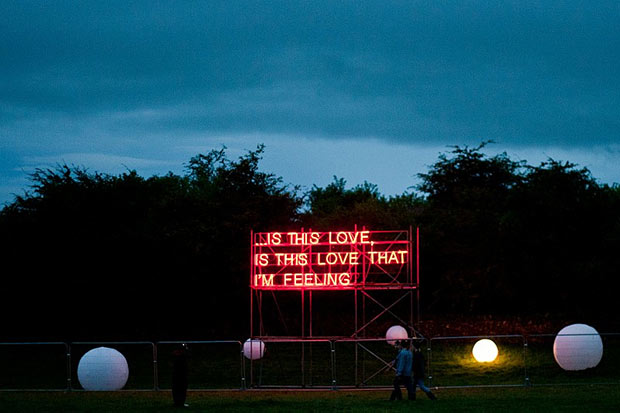