Ben Howard – Collections from the Whiteout

With every sound of every era & group available to every person, variety is being embraced not just by musicians but also by listeners... 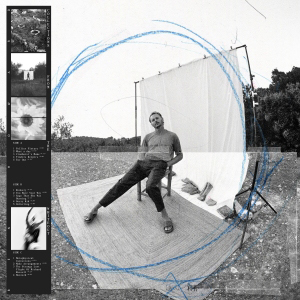 Photos of Ben Howard at Hammerstein Ballroom in New York on January 30th, 2015

Photos of Ben Howard at Music Hall of Williamsburg in Brooklyn, NY on October 29th, 2014

Photos of Ben Howard at Barclays Center in Brooklyn, NY on February 12th, 2013

QRO’s review of Ben Howard at Paradise in Boston, MA on September 22nd, 2012

With every sound of every era & group available to every person, variety is being embraced not just by musicians but also by listeners. Too often in the past, while a songwriter might to change things up with an album or even within an album, the fans wanted what they expected, and nothing more. There’s nothing necessarily wrong with that, but it is nice when an artist doesn’t just deliver the same notes, no matter how good, on a record – if they have the skills to pull it off. On Collections from the Whiteout, Ben Howard has those skills.

At fourteen songs and almost an hour length, Collections has the space to be a collection, though that can mean that it goes too long, but not too far. Airy pieces such as “What a Day” and “Metaphysical Cantations” don’t lose their meaning in that air. There are a number of stripped numbers that are interestingly low-key, including the old-timey folk ditty “Buzzard” to close. But there are also washing effects, tones, fuzz, and more. The length does mean that not all work as well (the computer notes of “Finders Keepers” are all over the place), but don’t weigh down the record.

Howard also covered some unusual subjects on this album, from a cheat-to-win yacht race suicide in “Crowhurst’s Meme” to socialite con-woman Anna Sorokin with “Sorry Kid”. Collections from the Whiteout is not a straightforward record, but rewards in its diversity.