When Bon Iver’s Justin Vernon and The National’s Aaron Dessner teamed up as Big Red Machine, it seemed like a match made in high alt-heaven... 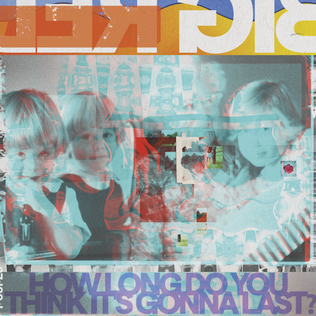 When Bon Iver’s Justin Vernon and The National’s Aaron Dessner teamed up as Big Red Machine, it seemed like a match made in high alt-heaven, two independent artists who’ve grown into true star status, even if it was one side project among many for both. Since then, their statuses have only grown, particularly Dessner’s, as he’s produced the likes of mega-star Taylor Swift. After doing all sorts of other stuff, Dessner & Vernon have gotten the Machine back together, recruiting a murder’s row of guest stars to boot, for How Long Do You Think It’s Gonna Last?, which might not be more than the sum of its parts, but those are considerable parts.

Aaron Dessner’s production skills are widely acclaimed by this point, but it should be also noted how far they reach, from the indie-rock of The National through Taylor’s pop-folk Folklore to now Big Red Machine, where he once again largely takes a supportive backseat to Vernon. Bon Iverian beauty and sadness pervades Last, even when vocals are taken by others, such as Anaïs Mitchell on opener “Latter Days” or the airy tough of La Force (a.k.a. Ariel Engle) in “8:22am”. And there are not one, but two Swiftian tracks, both the more Vernon-led “Birch” and the following Swift-led “Renegade”, the latter of which might come the closest to indie dreams of a song by The National but with Taylor Swift on lead vocals.

Naturally, some guest stars are used better than others – Naeem’s “Easy to Sabotage” is a bit too synthy, particularly for this record, but Ben Howard & This Is the Kit (a.k.a. Kate Stables) bring real intimate carry to “June’s a River”. And the melancholy of the hour-plus record does make it feel extended (the album title feels apt). Plus, Big Red Machine still feels like ‘celebrated musicians getting their friends together for a side-project,’ not the main gig for anyone involved or listening. But what a side-project.