You don’t get better value than Bingley Music Live....

You don’t get better value than Bingley Music Live. £55 for Travis, Tinie Tempah, Echo & The Bunnymen, All Saints, We Are Scientists, Black Grape, Peter Hook & The Light, Barenaked Ladies, Bill Ryder-Jones, Lightning Seeds plus lots more and a second stage featuring the likes of Kagoule and the recently reformed Ordinary Boys (although they failed to arrive and were replaced by John Power of Cast). Plus the food is good and reasonably priced, and there are lots of entertainments and even a fairground this year. You’re not going to get better value than that.

Bingley Music Live, organized by Bradford City Council, has held in Myrtle Park since 2007 and it’s the perfect spot for a family festival, nestling in a bend of the River Aire and surrounded by woods with a wide auditorium area, banks of grass on one side for those who prefer to sit and a smaller upper to accommodate the second stage, food, crafts and children’s entertainments.

This year’s line up, Friday-Sunday, September 2nd-4th, looked pretty good as it came together and by the time the final pieces fell into place it promised to be something really special. Fortunately we were not disappointed. 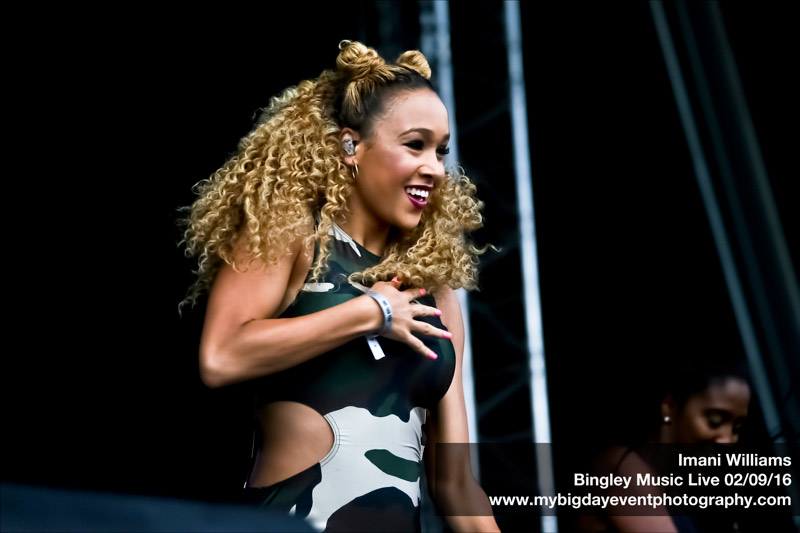 Early highlights included new soul diva on the block Imani Williams, who has worked for the past couple of years with DJ and producer Sigala, the two collaborating on UK number five hit “Say You Do”. She’s certainly one to watch, as is Sigala himself, as he demonstrated with a high energy set stage show that certainly set the crowd at the front dancing. 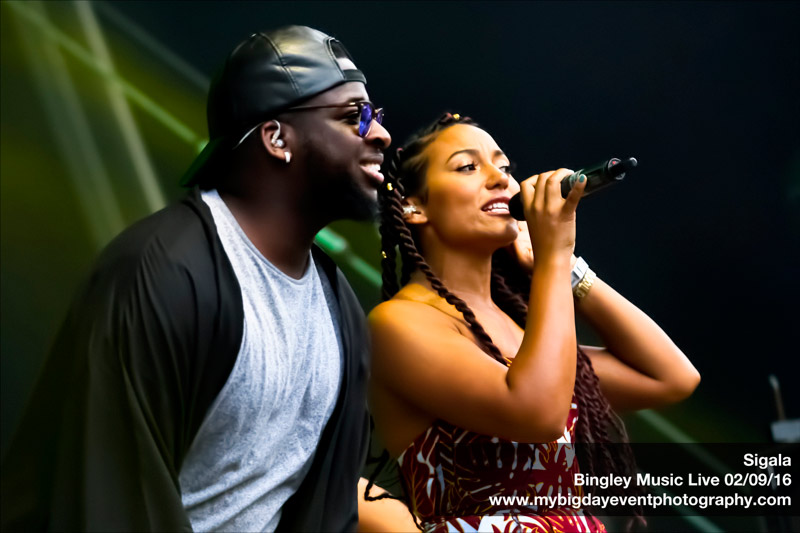 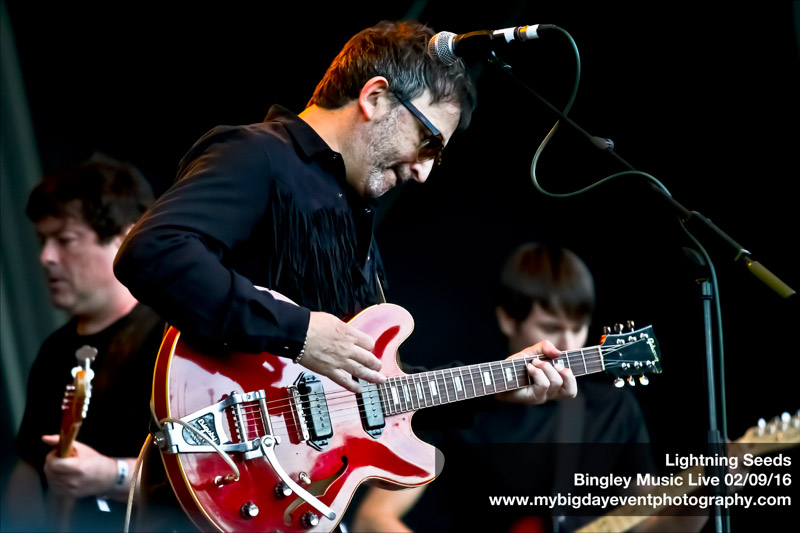 Friday night was dominated by the spirit of Liverpool in the shape of the Lightning Seeds, who were joined on stage by Abi Harding of The Zutons on keys and sax and delivered a great set, followed by Echo & The Bunnymen, who whipped up a little trans-Pennine needle, prompting the traditional response of “Yorkshire, Yorkshire!” “You only say that because your football teams are so shit,” singer Ian McCullough responded, and to be fair, he had a point. 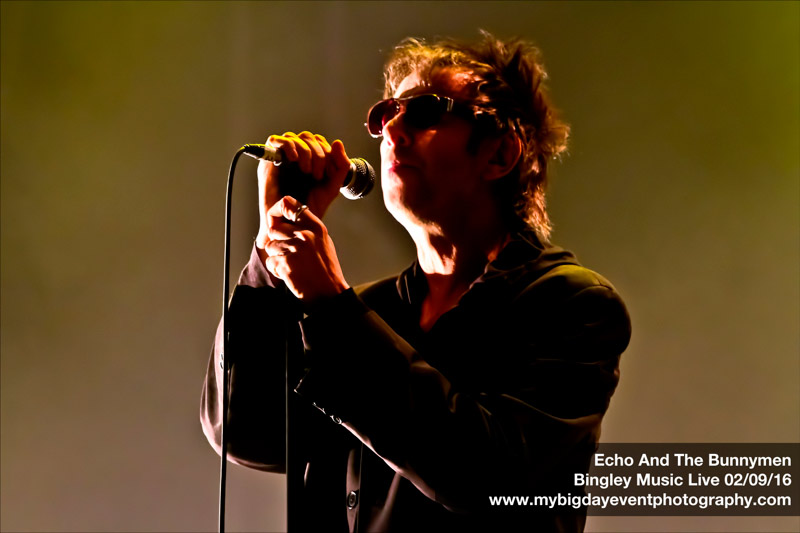 On Saturday the traditionally Mediterranean climate of West Yorkshire let us down. The heavens opened in the morning long before the music started and the rain kept going almost until the end of the day. In the press tent we sat around like polar explorers waiting to die off one by one and be eaten by the rest. Carrier bags for covering cameras were at a premium. But were the good people of going to let the weather get them down? They certainly were not, and the area at the front of the stage was rapidly turned into a muddy puddle by some of the most energetic moshing in the rain, “What a glorious feeling, we’re moshing again”, that West Yorkshire has ever witnessed. I even spotted a crowd-surfer. 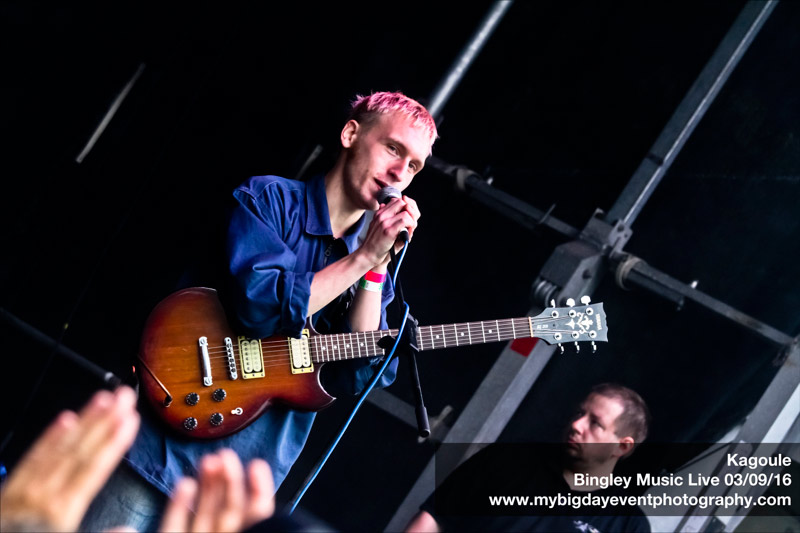 What you get at Bingley is a family friendly (for the most part – Age of L.U.N.A. made the mistake of forgetting the profanity filter and the mums and dads of Bingley let them know about it – in Bingley tradition this is known as doing an Etta Bond) mix of big names and up and comers with a few enthusiasts’ favourites thrown in for good measure and it almost always works just fine. The only problem of course is that with two stages you have to choose between seeing everybody and just listening to some. Usually I’ll admit to being a dasher, running as fast as my fat old legs will carry me between stages but this year I thought ‘What they hey. I’m getting old (I know, I don’t look it but I am), and there are bands here that nobody will ever ask me to cover again, I might as well make the most of it and listen to some music.’ 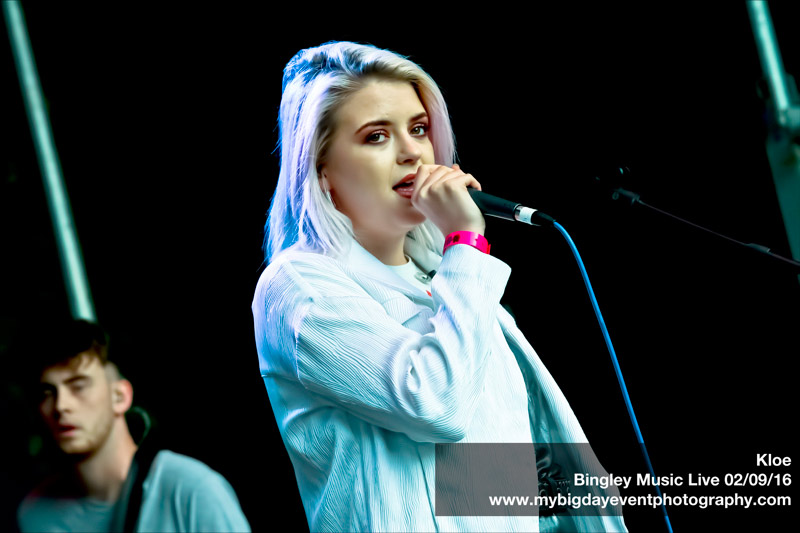 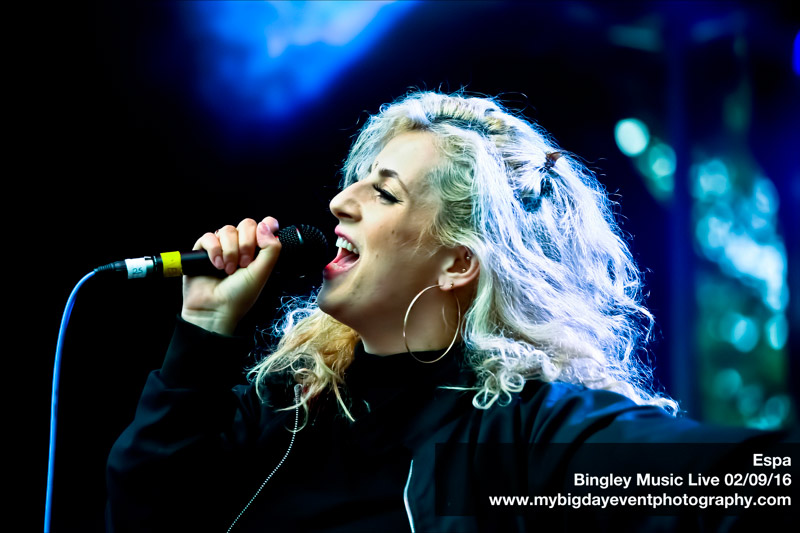 So I did. The result is that there are lots of people on the Discovery Stage who I have no idea about whatsoever. You’ll have to look them up yourselves. I did go up and see the wonderful Kagoule, however, and also and some excellent female vocalists on the Friday and early Saturday including Kloe, Espa and Anne-Marie. 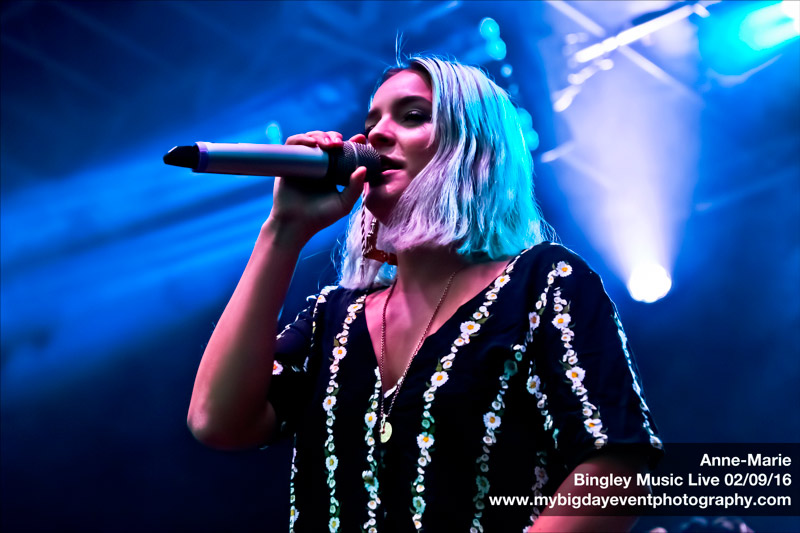 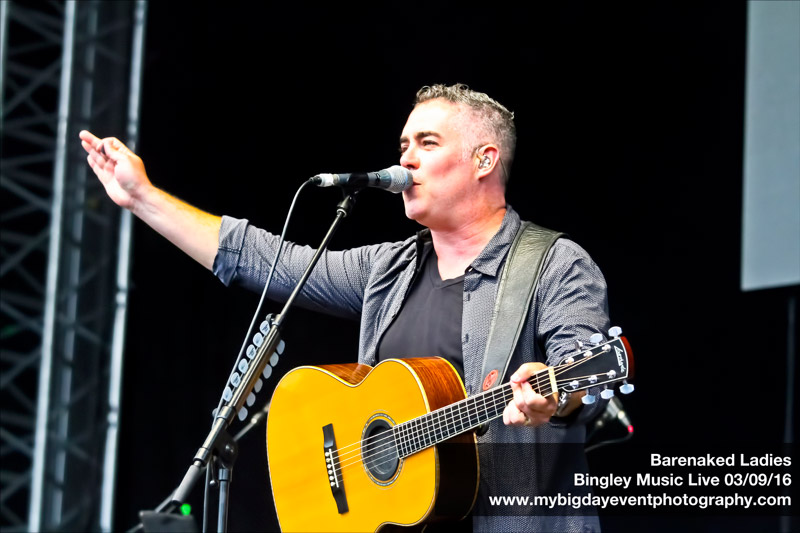 Friday afternoon brought the biggest surprise of the weekend (for many of us, me included, I’m ashamed to say), in the form of Barenaked Ladies, who arrived in the pouring rain to be met by a crow comprised almost entirely of mud covered teenagers and proceeded to take the place by storm, simply by adopting the old tactic of not allowing themselves to be phased and playing wonderfully well. An improvised rap about the Crispy Candy stall started the process and when the time came for the Big Bang Theory song everybody (and I mean everybody) sang along, despite the universe being in a distinctly cold damp state. 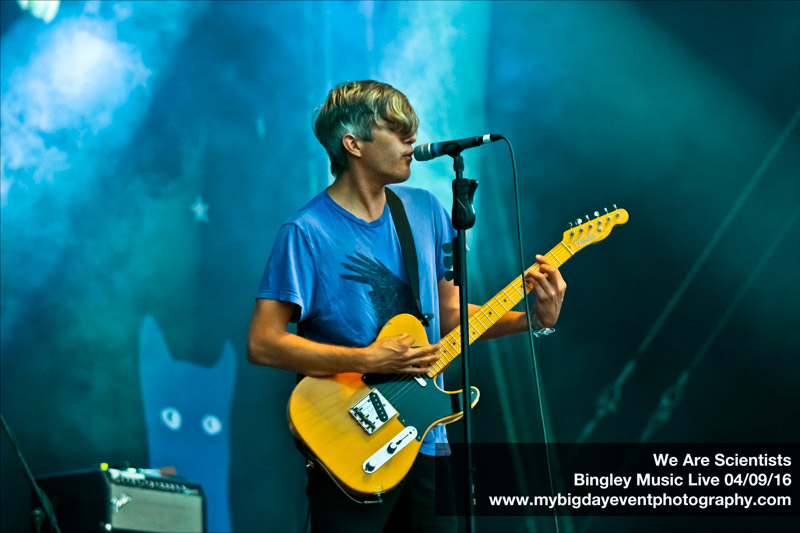 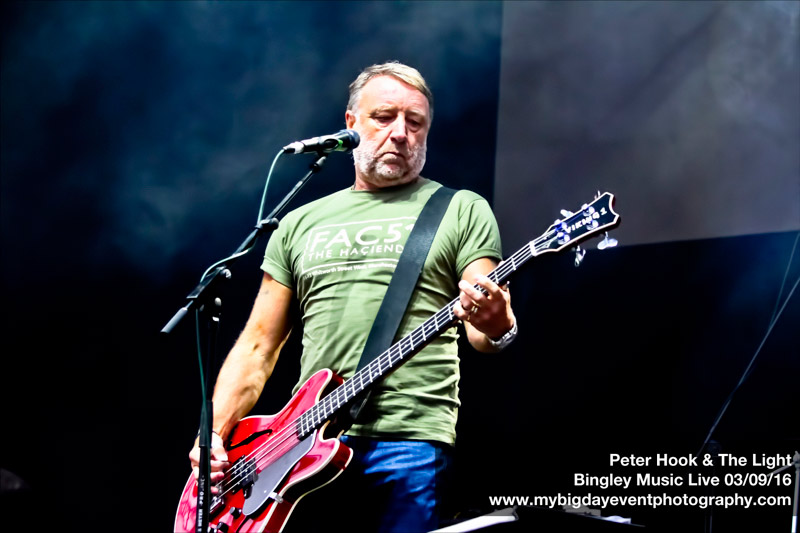 Sets from We Are Scientists, Peter Hook – “Manchester sends it love” – and DJ Sigma followed before the evening was brought to a close with a storming performance from rapper Tinie Tempah, who took the place by storm, warming the Yorkshire cockles and singeing a few eyebrows with a set that burst with energy right from the word go and never let up. 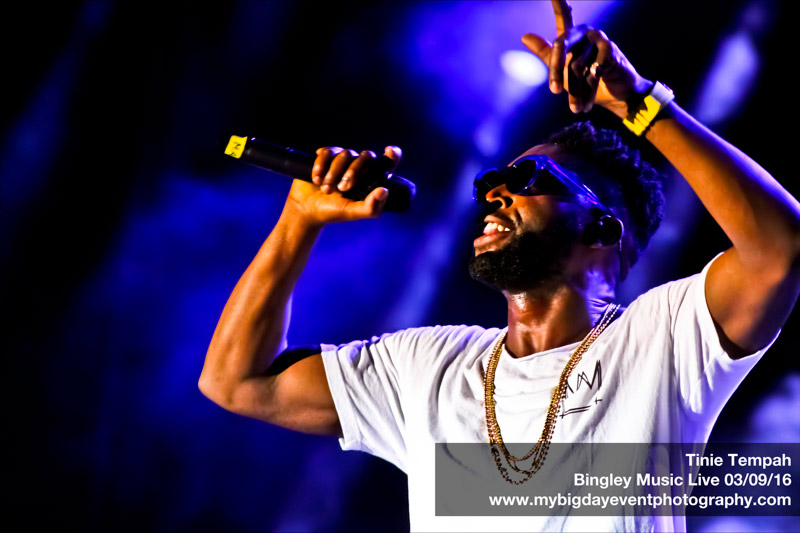 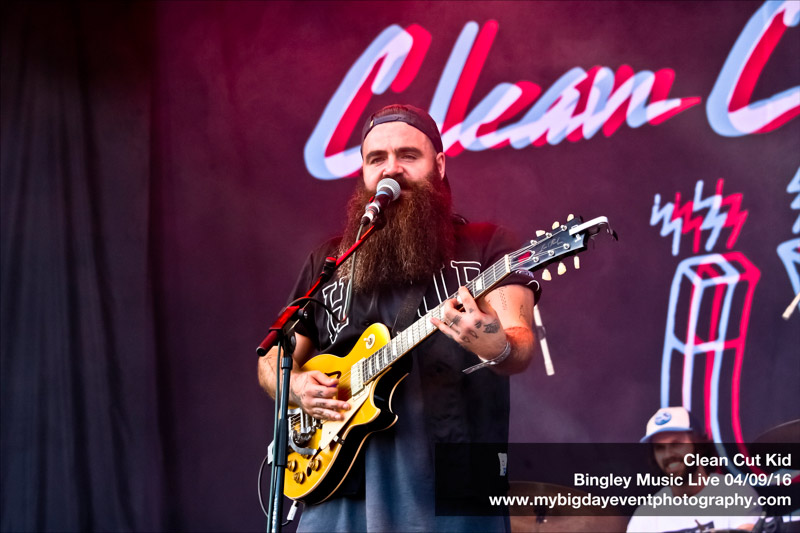 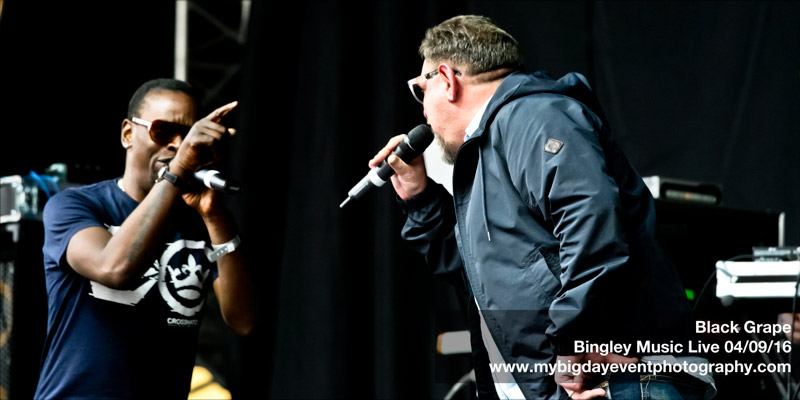 Sunday arrived bright and cheerful although the grass in the arena was brown and the ground was soft underfoot. Clean Cut Kid made plenty of friends for themselves with their slightly Fleetwood/Jefferson stylings, then it was Black Grape, with both Shaun Ryder and Kermit on great form, bouncing jokes off each other and the crowd. By the end of their set the front was dancing again and they kept going for All Saints, whose reunion has already shown that they were a much better group than we really gave them credit for all those years ago. They’re certainly fondly remembered by young and less young. “We’ve been in this business over a hundred years,” Nicole pointed out (I think it was Nicole – they move so quick), “But this is our first ever mosh pit.”  I get to a fair number of rock gigs but nowhere near enough pop and I didn’t even realize that I was an All Saints’ fan, but standing on the high path at Bingley listening to “Never Ever” and “Pure Shores” – they can’t take that away from me. 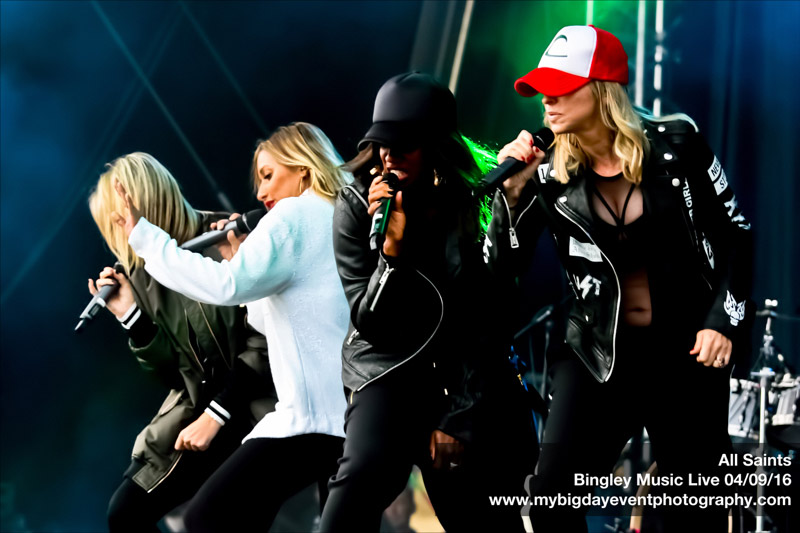 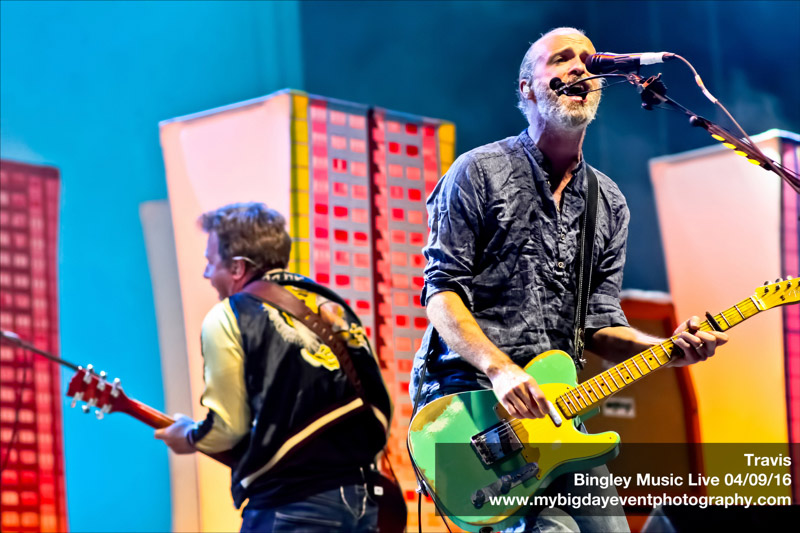 And to bring matters to a close? What a great choice Travis were – bringing their tour stage set with them and delivering a set that included all their hits, a bit of Philip Larkin and some impromptu climbing from guitarist Andy Dunlop, finishing up with “Why Does It Always Rain On Me?” The answer to which was, of course, that it doesn’t but you should have been here yesterday.

After the traditional fireworks, or before them if you had thousands of pictures to edit, we all trudged happily away from the best little festival in the North of England. Same time next year? Yes, please.