Black Lips – Underneath the Rainbow

Black Lips swap the party-garage for country-ditties that definitely work better on your stereo than what had come before.... 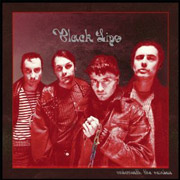 Photos of Black Lips at 2019 Shaky Knees in Atlanta, GA

Photos of Black Lips at 2014 Meltasia Festival in Lafayette, GA

Photos of Black Lips at 2014 Superuho Festival in Sibenik, Croatia

QRO’s review of Black Lips at House of Vans in Brooklyn, NY on July 3rd, 2014

Photos of Black Lips at SXSW 2014 in Austin, TX

Photos of Black Lips at 2011 Pacific Festival in Silverado, CA

The Black Lips might be one of the biggest, or at least most important, bands in the party-garage movement of this century/millennium, but in addition to their wild live shows (QRO live review) that’s also included middling-at-best records, which give you the garage-rock you’ve already heard before a million other places.  That hit its nadir with 2011’s Arabia Mountain (QRO review), an album with barely a highlight.  Yet for latest Underneath the Rainbow, while Black Lips don’t scale heights, they swap the party-garage for country-ditties that definitely work better on your stereo than what had come before.

Starting with the up-down twang-trot of opener “Drive-By Buddy”, Underneath is focused not on sloppy lo-fi rock but catchy lo-fi country(-rock).  The backbeats are quite enjoyable, and if the Black Lips don’t add a lot more, well, it ain’t exactly broke.  The songs (which are not in anyway ‘new country’, FYI) do tend to run together, but in a nice way, like different scenery on a single horse ride.  There’s the dirty ditty “Funny”, the slow grit “Boys In the Wood”, and even a more skilled party-garage closer “Dog Years”.

No, Black Lips don’t reinvent the wheel on Underneath the Rainbow, but they do shift to making a better already-invented wheel.  What’s more, and what’s still most important, is that you know the songs will be incredibly fun live.