Black Rebel Motorcycle Club consistently delivers – no one asks whatever happened to their rock ‘n roll…... 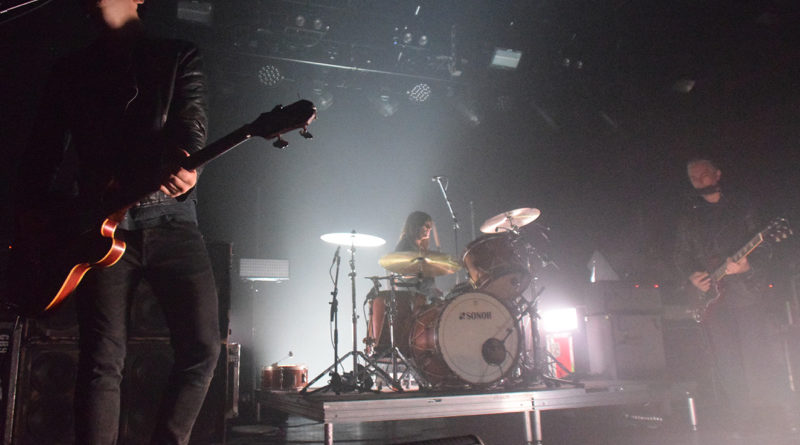 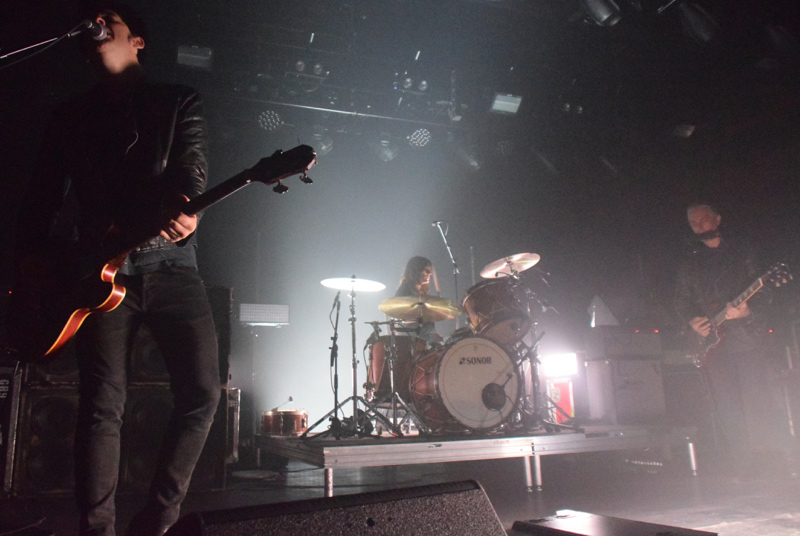 Click here for photos of Black Rebel Motorcycle Club at The Masquerade in Atlanta on November 5th, 2016 in the QRO Concert Photo Gallery

At the start of this century/millennium, there was a so-called ‘return of rock’ with independent acts reviving the raw, uncomplicated sounds and attitudes of prior decades, blowing up as the ‘next big thing.’ The mainstream take on it was always a little off, but San Francisco’s Black Rebel Motorcycle Club certainly fit into it, up to and including their breakthrough single, “Whatever Happened To My Rock ‘n Roll (Punk Song)”. Well, it’s been many years since then, and contemporaries have flamed out or worse, gone dance, but BRMC are still riding their rocky road, coming to Brooklyn Steel (QRO venue review) on Friday, February 2nd.

Now, it hasn’t been a simple journey for the band, as singer/bassist Robert Levon Been and singer/guitarist Peter Hayes saw the departure of troubled original drummer Nick Jago, but replacement Leah Shapiro has more than held up in the job (a female fan at the show referenced having a “girl crush” on her). And new record Wrong Creatures (QRO review) slows down and stretches out their reliable style. But you know what you’re getting when you go to a BRMC show.

And many were there, Brooklyn Steel sold out despite the freezing cold outside (and even inside the initial foyer, with the box office blocking the small holes in their windows when not using them), and long walk from the Graham Avenue L train stop – many fans got a cab/car right to the venue, which is deep in the borough. Those fans could afford the ride, because BRMC’s crowd has aged with the band, making the audience more up-scale than one might have expected, though there were still young ones up front with the elder die-hards. Hopefully those closest weren’t given seizures by the heavy use of strobe lights (even in the opener, Night Beats – QRO photos); there was admittedly a sign letting people know strobe would be in use, but that sign was a piece of paper – however, one should know that a BRMC has lights & smoke.

Touring behind Creatures, the set list naturally leaned towards it, opening up with three from the album, “Spook”, “Little Thing Gone Wild”, and “King of Bones”. While slower as on the new record, the live setting let the new songs boom more. Middle set pieces like “Question of Faith” & “Carried From the Start”, plus encore return “Ninth Configuration”, particularly stood up live, with audience cheers as loud as for any of the old songs. 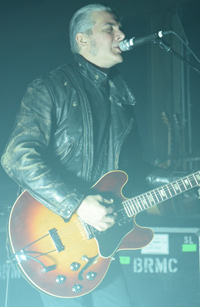 But with over fifteen years worth of material, BRMC does have a healthy back catalog to draw from. Also as is usual with a new album tour, there were fewer songs from more recent, but not the most recent, records, but there were choice picks like the title track from 2010’s Beat the Devil’s Tattoo (QRO review) after the opening Creatures three-peat, which was followed by “Ain’t No Easy Way” (2005’s Howl) and “Berlin” (2007’s Baby 81 – QRO review). However, they got fewer as the night went on – and there were no songs from the most recent-but-one record, 2013’s Specter at the Feast (QRO review).

So yes, the show was mostly, ‘display the new album, leavened with oldest songs,’ i.e. 2001 self-titled debut & 2003 follow-up, Take Them On, On Your Own, particularly later on. Take’s “Stop” and BRMC’s “White Palms” came in the middle, but so also did Been playing a solo acoustic cover of Ewon MacCool’s classic “Dirty Old Town”. The piece has been covered by everyone from The Specials to Frank Black (and just recently on Simple Minds’ out-that-day Walk Between Worlds), but there’s a reason for that, it’s working class urban decline resonant since Rust hit Belt. 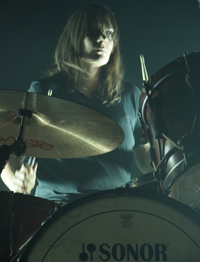 Beforehand was also some of the only words spoken by the band that night, Been remarking on playing Manhattan’s Terminal 5 (QRO venue review) last fall (QRO photos from that tour), adding that he has “New York PTSD.” The only other time he/the band spoke was before the final song of the night, warning the crowd that if they played past midnight, “They’ll turn on the lights and prove that we’re really full of shit,” adding that they could keep it mysterious with smoke & mirrors, or turn the lights on early and just keep playing – which is what they did, lights on. 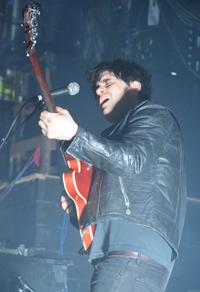 The back half of the set was almost entirely newest & oldest (though Howl’s “Shuffle Your Feet” proved a nice return for the rest of the band after “Dirty Old Town”), going into the encore break with rousing old “Six Barrel Shotgun”, “Spread Your Love”, and “Red Eyes and Tears”. The quick encore return began with Creatures’ “Ninth Configuration”, before closing with the song that you knew they were going to play, because they hadn’t played it yet and had to play it, “Whatever Happened To My Rock ‘n Roll”, with Been kneeling to the crowd and then climbing a speaker.

While everyone talks up variety in music, doing ‘bold new things’ and ‘reinventing oneself,’ there’s a lot to be said for consistency, of staying true to what your fans want (as opposed to going on whatever indulgent detour the pampered rock star feels like going on that moment). Black Rebel Motorcycle Club consistently delivers – no one asks whatever happened to their rock ‘n roll… 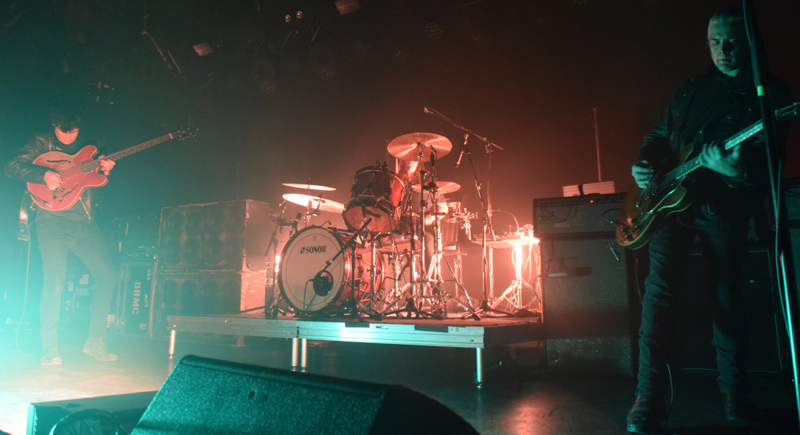