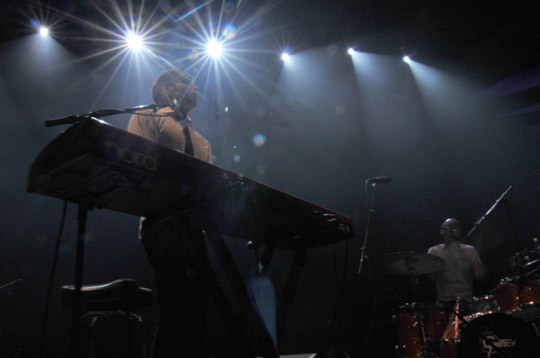 Click here for photos of Black Gold at Gibson Guitar Showroom in New York, NY on May 3rd, 2012 in the QRO Concert Photo Gallery

Click here for photos of Black Gold at WIRED Store in New York, NY on December 16th, 2009 in the QRO Concert Photo Gallery

Click here for photos of Black Gold at Hammerstein Ballroom in New York, NY on November 23rd, 2009 in the QRO Concert Photo Gallery 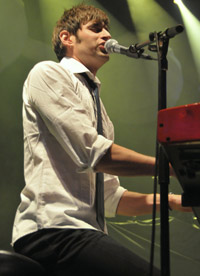 Brooklyn-based indie band Black Gold are on tour with the Pixies to celebrate the twentieth anniversary of Pixies’ seminal Doolittle.  Each performance, the Pixies will be performing Doolittle in its entirety.

It says a lot about music as the Pixies (QRO photosQRO review) chose Black Gold as their opening act in L.A., Chicago and New York (QRO concert listingQRO review).  Their performance in Los Angeles’ 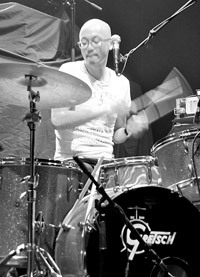 Hollywood Palladium on Thursday, November 5th gained them immediate attention by those previously unfamiliar, and jumpy sing-a-longs for those who were.  As the set progressed, the crowd heightened with energy – from toe tapping, to swaying and dancing.  People were twittering and nodding to one another throughout.  The bass was heavily turned up can’t confirm if that was the venue or the bands control, still a great addition to exciting the audience before the Pixies took stage.

The show was similar to their album, Rush, blending clean chords and fine tuned friendly harmonies.  With a comfortable stage presence, lead singer Eric Ronick stood tall, flamboyantly vibrant and interacting the audience with catchy lyrics of "Come closer, we won’t bite" and "Only if you ask nicely." 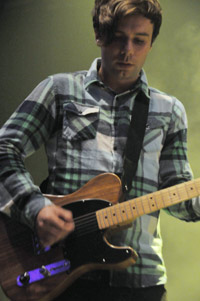 The rest of the band got down to the music, as everyone continued to join in on the excitement.

Black Gold is driven by both singer/keyboardist Eric Ronick (Panic! At the Disco and Young Veins) and friend, drummer Than Luu, along with the touring help of Alistair Paxton (Stapleton) and Shiben.  Their debut album, Rush, is a combination of electro-synths, electro-pop, analog and emo.  As many hipsters might not prefer, they are, without a doubt, worth a listen.  Their music is mathematically fine-tuned for radio-friendly songs.  Songs that stand out are "Detroit", "Plans & Reveries" and "Shine".  Equally, there is not a dull moment on both their show and the records, as they combine anthem sing-a-longs of the likes, Panic! At the Disco, U2 and Brian Adams.  Rush has an unforgettable resonating sound.

It should also be noted "every instrument you hear on our record is recorded on vintage gear, whether it’s a snare drum from the twenties or an electric guitar from the sixties," combining classic rock with modern indie.

Black Gold is continuing to attract a wide audience.  They have so many exponential layers to their songs that the more you listen, the more you hear. 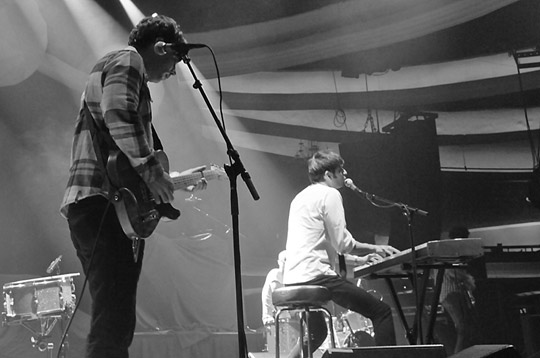