<img src="http://www.qromag.com/wp-content/uploads/2010/03/brmcmar7.jpg" alt=" " />Much like their name implies, Black Rebel Motorcycle Club is a band that is constantly on the move, looking for a place to park and... 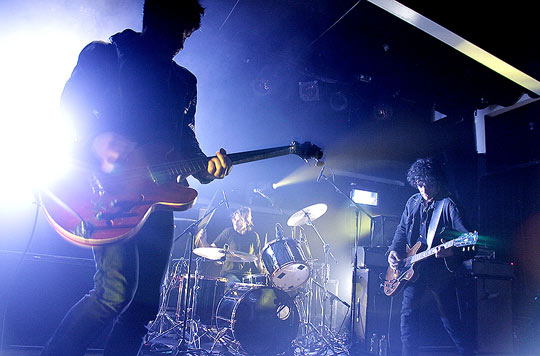 Much like their name implies, Black Rebel Motorcycle Club is a band that is constantly on the move, looking for a place to park and show off their style. 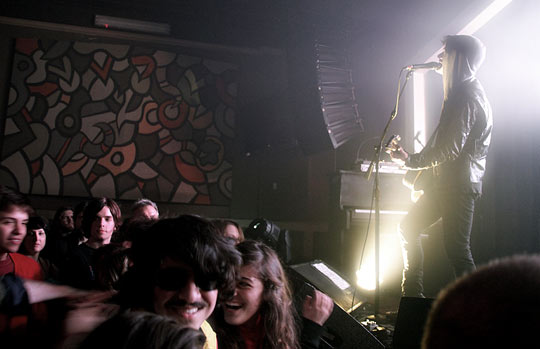 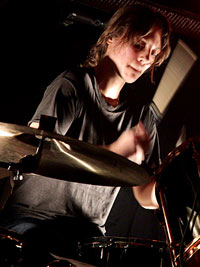 Selling out a concert on a rainy night in Portland, Oregon may not be difficult.  Make it a decent-sized venue like The Wonder Ballroom in northeast Portland, Oregon on a Sunday night in March, and that is a different story.  Jumping on stage right at 9:30 PM with the final chords of The Stooges’ “Forgotten Boy” still ringing in the speakers, BRMC began their 24-song assault on the crowd.  By the second song “Mama Taught Me Better,” with its fast and wild unifying theme, they found their groove and made it felt among the masses.  Using the first 13-song set to mostly showcase their new album, Beat The Devil’s Tattoo, they continued their genre-pilfering sound by weaving psychedelica, groove, beats, and shoegaze.  The fifth song “Bad Blood” brought the crowd to the head-nodding, foot-stomping feel, and the sixth song “Beat The Devil’s Tattoo” was a dark trip to their sexiest sound, which had much to do with new drummer Leah Shapiro, harmonizing the last few lines.  This proved that besides the perfect drum-machine-like playing from the ex-Raveonette (QRO album review), she adds a sense of femininity to a very masculine sound.  While song eight, “Loan”, started the shake, “Berlin” brought the rattle, and “Weapon” brought the roll, they were at their sonic best during crowd favorite “Berlin”.  Before ending the first set wondering what happened to their rock ‘n’ roll, they threw the audience for another genre loop with song twelve, “Ain’t No Easy Way”.  This harmonica-laden ditty reminded us that these guys are true-blue American born and bred. 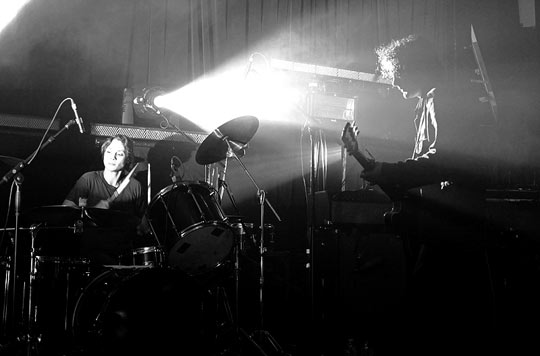 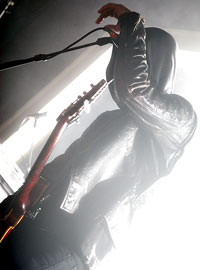 The second set started acoustically and allowed the crowd, who was ready to mosh (much to the dislike of the band), a chance to relax, catch their breath, allow their pupils a rest from the strobe lights, and grab another drink.  The six songs that followed served almost as an intermission.  This period of down-tempo, almost trance-dance switch, thanks to their obvious shoegaze influence and Peter Hayes and Robert Levon Been’s harmonizing ‘la-las,’ seemed like the time where BRMC were most at ease and content with their sound.  The third and final set included their classic, “666 Conducer”.  This allowed the long-time fans to stand out from the newer fans, as they sang along or swayed at the right parts.  Followed by the beautiful “Stella Adore”, the set ended almost unnoticed with the new one “Shadows Keeper”.  If this song is their idea of a single, they might want to keep it in the shadows. 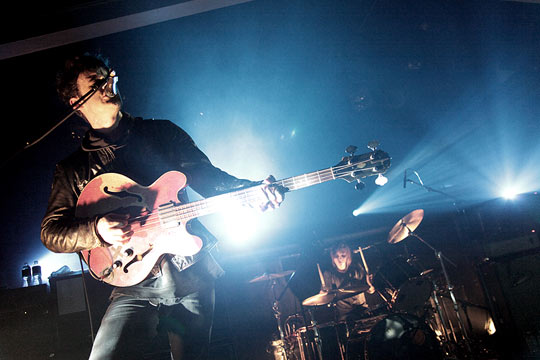 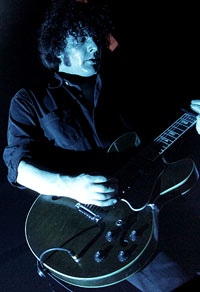 To the new listener they are a good band, and to the fans they are still a good band.  Most know they’ll never win a Grammy, sell-out stadiums, or hear them on Top 40 radio.  Maybe that is their appeal: their inability to be labeled, lack of vision and drive, but still sounding vaguely familiar.  They allow people to feel encapsulated in their own dark, original coolness, knowing that they are musically well grounded, while remembering past heroes and influences, and feeling like it’s ok to not move on.  Enlivened by hyperactive controlled chaos, strobe lights, and with a non-existent stage-presence, these semi-immobile people in black are always able to make the crowds love them, and Portland was no exception.  Thank God for lovers of garage-rock, blues, folk revival, shoegaze, post-punk revival, Americana, neo-psychedelica, religiously inspired lyrics, Marlon Brando, and HD radio, since it allows a place for Black Rebel Motorcycle Club to live.  Just remember to wear black and play it loud for optimal sound. 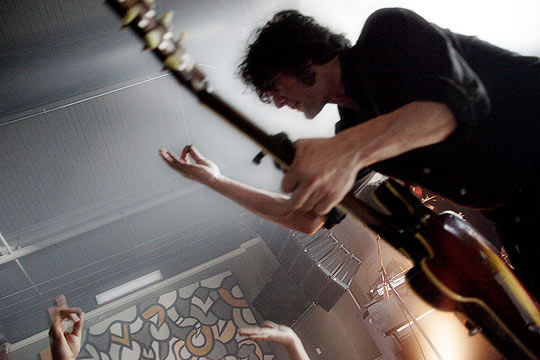