As the Vikings and Geats well knew, and respected more fervently than most, some places are so special and sacrosanct in their singularity that they exist really less as... 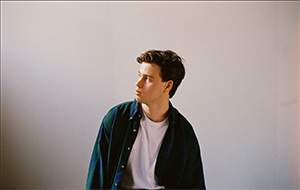 As the Vikings and Geats well knew, and respected more fervently than most, some places are so special and sacrosanct in their singularity that they exist really less as place than as topographical personage. Western Australia is one such locality. A stretch of impossibly torqued vistas within the most sublimely stranded vicinity in the whole world, a long take landscape any wise person should have to be whipped by Centurions in order to even vaguely consider departing. Likewise, any fan of Heath Ledger or Kevin Parker long ago learned that Perth propagates a department of limited-edition Bedouin-boys not fully fathomable, nor apparently available for pre-package anyplace else at all.

The writer Marianne Moore levelly articulated that it was the job of poets to create, “Imaginary gardens with real toads in them.” Perth was the gods trying their hands at this, but with the added Olympian irony that all of the toads they turned out were touched with godhead and thus materialized as very real, undisguised princes of a kind not in need of mortal kissing to come true. Joke’s on us, abiders of fairy tales! The white-horse rescuers everyone said to stop waiting for were in Western Australia (not Disney) this whole time.

Freshest off the press in presenting his streamers and banderoles at the portico of your disbelief is the stately Mr. Blake Rose. Yes, I know what you are thinking: a noble name for a paladin, Perthian or otherwise. Sounds made up. But it isn’t. Would it help at all to know that Sir Rose attended Western Australian Academy of Performing Arts, just like fellow Oceanic omegas Hugh Jackman and Dacre Montgomery before him? Wait, no, that’s just more bloody real-life princes, isn’t it? Fine then, let’s do this properly, and right in the middle of the scroll too, Grimms and Andersens be damned:

Once upon a time, in a faraway land razed by desert winds, a faraway sort of boy called Blake Rose was being raised by an armada of plains and precipices of such startling allure as to give the Tyrolean Alps pause. Ever the consummate Australian exhibition of hallowed high-low, he received classical training for voice at a very young age and was then friend-taught the basic chords of guitar a bit later. Having spent a heaping portion of his nomadic childhood as something of a backseat car gypsy on lengthy and expeditious camping trips with his parents, Rose began to pour the punctually unpredictable perspective wrought of imbibing disparate latitudes at moving angles for so many years into a kind of inner movement of its own, and one that took the form of that most migratory of all maneuvers – music.

Big hauls of time traveling in cars can make for brain-kink in the best of them, or inject the look/feel of modeling lingerie in a seedy Midwestern steakhouse into the worst. In Rose’s case it becomes clear quite quickly that ‘time-traveling in cars’ is the more apposite way to address what he has made of confinement commuting through and to transportive big-sky scenery. Listening to 2018’s habit-forming “Hotel Room” next to 2019’s “Lady”, one gets the sense that he picked up the hitchhiking prophet-vice of Hozier and the pilgrim-honor of his countryman, Vance Joy, along the highway, to beneficial effect for all concerned.

Out of Australia’s answer to Gold Rush country has come a bloke that sounds like it. It’s too lazy to call his vocal style ‘stripped’ because such a description suggests that there were ever clothes. Call it ‘in the nuddy’ instead, Oz slang for ‘naked,’ and far more accurate here. As all chivalric champions must, Rose took a youthful journey across the sea to Sri Lanka, paid for by the hard-won bullion one can only come by via relentlessly busking in the streets for untold hours, which is precisely what our wayfaring minstrel did to get it. Almost just like all the truly great heroes of harmonies used to be required to do, you mean? Yes. This particular one soon realized that same stout-hearted street stunt could be employed in earning the funds necessary to shuttle himself back and forth to musical collaborators in L.A., which it soon was. To add further vinegar to your naysaying veal, Rose even sold his early recordings door to door. Let’s see, so that’s genuine humility + pansophic work ethic + self-made ingenuity off the lord list now too. Check, check, and check.

Controlling all aspects of lyrical composition, production, and instrumentation, Blake Rose has spent 2020 releasing a tinny of freestanding singles, starting with “Gone”, a violin-venerated outcrier of an ode to romantic obsolescence so powerfully rendered that the live performance of it has replaced its recorded brother in popularity. “Rest of Us”, in Rose’s own words, stands up as a glorious, “Fuck-you to anyone who doesn’t want you to live your dream,” and an equally piquant orison not to, “Let societal norms and people who swear by them mold your entire life.”

The Aussies famously bring to bear hilarious euphemisms for nearly everything, but also work more expertly in the medium of blue collar, everyman profanity than any other human culture known to Earth. The overworked American way of swearing has cost the hallowed linguistic art form some vim, and made pretty little dirty words sound almost as overzealous as their users here. By contrast, words, even the most decorated and illustrious of swear words, cannot half explain how gratifying it truly is to listen to an enchanting boy swear so effortlessly and exquisitely in such otherwise picturesque songs. Honestly, however else could any prince earn the “charming” part?

“The Lookout” is a word-by-word account of a hair-trigger love-plummet and Rose’s captivating Filofax of interior reasons why it didn’t work, sung as if by a master gardener grafting tree cuttings onto rootstock. Though this is the opposite of some priapic plea for his own innocence in the matter. Inarguably, one of Blake Rose’s most winning attributes as both artist and man is his ability to be manifestly lovestruck without relinquishing even one molecule of masculinity for the privilege. He can be sonorously angry at a woman without being androcentric, or posing like a regular quant – an extremely rare faculty to find even in men with twice his years of experience in art, manhood, women, anything.

Referring to what Blake Rose has most recently produced to optically accompany his dream ballet of a new song entitled “Ordinary People” as a mere ‘video’ feels almost apologetic and disparaging. It implies a modicum of cloy that is fully absent here. This is a narrative necessitude with no itinerant pretension, but all kinds of tensile emotion and honesty at the ready. To borrow from Carl Sandburg, the entire experience is, “A fog that comes in on little cat feet,” in this case those of a seeming spirit-collision with Cat Stevens. The video for “Ordinary People” takes place against the cinephilic aesthetics of a Volvo parked alongside a dusky highway in – you guessed it – Kalamunda, Western Australia. Rose parks himself in the backseat with his guitar for most of the performance, all sterling and stillwater, for this audio make-out sesh with revelation he somehow unassumingly makes you feel you instigated.

Guileless integrity is so seldom seen holding hands on the streets with thrifty acumen. Yet, as Rose sing-whispers “I hope you don’t / You don’t leave… / Like ordinary people,” you come to view these seemingly gainsaying forces as the wistful-but-perfect odd couple that he and whatever person pulled this song from his chest, troublingly, could not be. The peripheral silhouettes of the visuals encasing Rose like so much sleeping Snow White glass match his murmuring voice, which matches the lyrics, which are matching your never-spoken contemplations on the one you loved but knew was never to be yours. “Ordinary People” is a delicate citadel of prescient regret illuminated by chaser lights that could be the imprint left on the air by Rose’s murmured hopes, or could be the star-packed sky above him – hard as it is to separate the two once the song is even halfway over. By the time you try, you’ll realize your singer is actually more the spell-telling rose in Beauty and the Beast than anything else, and you’ve got about that much chance of ever exiting the glassine bell jar you’re in with him upon first listen to this bedeviling beauty of a ballad.

Most of the young, male, acoustic-medium singer-songwriters in the yoke of glory today somewhat unobtrusively announce their tricot tameness, their obvious proclivity for sleeping indoors pairing well with the aspirations of the droves of polished women dreaming of having such lads eat out of their hands. No disrespect whatsoever intended toward the Shawn Mendes or Harry Styles lineage of Lancelots, but some girls want to be able to smell the wolf in their warrior’s wails. Blake Rose is here to heighten the senses for us harridans who still have hackles that raise.

There’s a persuasive argument to be made that Australia never produced too many “ordinary people,” and therein lies the strongest basis of its bottomless appeal. Without a full-length album in his ordnance yet, some might incline toward the terrible mistake of believing Blake Rose to be still in the rock tumbler of his life as an artist. Don’t cheat yourself. You’ll look like a prize boor in green marabou when he drops the long-play grail by the story’s end. Remember, the white knight in the tale always leaves some trust fall of a token early on, almost like an introductory promise, long before he completes whatever heroic act he was born into this romance for. These foretelling favors are often items such as a handkerchief, a piece of important jewelry, or, in more cases than not… a rose.

Watch the video for “Ordinary People” below: