Bleached – “Think of You”

Here’s two garage rock gems from Bleached that almost never got posted because I was being a cranky little bitch. How so? After finding "You Take Time" and "Think... 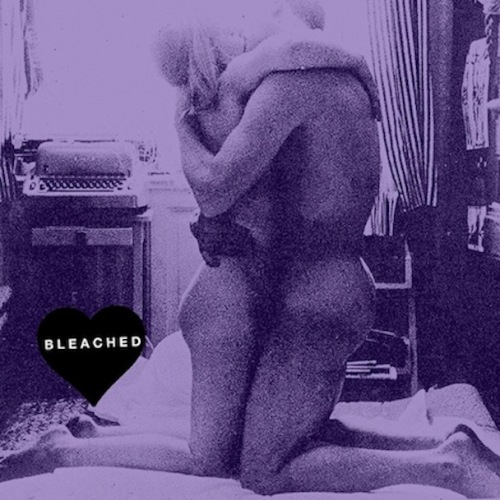 Here’s two garage rock gems from Bleached that almost never got posted because I was being a cranky little bitch. How so? After finding "You Take Time" and "Think of You" in the MMM-MMMP3s inbox, I did some "preliminary research" and found out at least one of the tracks had already been written up at Bitchspork. Sporkasted, as they say. Scooped!

Now don’t get the wrong impression. QRO isn’t a "firsties" publication. We unearth a lot of great new acts, but we also take pride in covering emerging acts after their freshman debut, through their sophomore release and beyond. (And of course we’ve always covered the indie all-stars) If it’s good, we cover it. So that’s why I sucked it up and reeled off this MMMP3 — the new Bleached 7" coming out on Art Fag Recordings is catchy, filthy, badass summer fun. Not even the corporate imprimatur by the Walmart of music coverage, Dickfork Inc., can kill the vibes.

Was I bummed out to write about this awesome 7" in the wake of an outlet that just reviewed Beyonce’s latest Billboard suppository? Sure, yeah. But you got to call a spade, a spade: Bleached make killer pop tunes. Stream the track below and visit the Tumblr and buy the 7" at Art Fag Recordings and say hi on Twitter and remember to get over your damn self.