After indie-rock boomed in the aughts, various acts that broke out then have taken different paths. ... 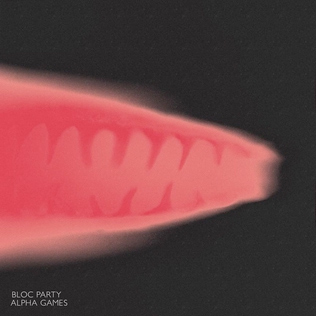 Photos of Bloc Party at 2019 Riot Fest in Chicago, IL

After indie-rock boomed in the aughts, various acts that broke out then have taken different paths. Britain’s Bloc Party unfortunately drove into the ditch of hard electro and shouted lyrics with follow-ups A Weekend In the City (QRO review) and Intimacy (QRO review), but slowly got themselves out of that rut on Four (QRO review) and Hymns (QRO review), reembracing emotional guitars & vocals. The conflicting Blocs are still present for Alpha Games.

On one side, there is the searing loss of “Of Things Yet To Come”, and the beautiful, glowing love seen in “If We Get Caught”. On the other hand, there is the hard tech trying to be tough with “Rough Justice”. The harder side is done better on the following “The Girls Are Fighting”, but then the slow journey of closer “The Peace Offering” goes on a bit too long. There are even times where the two sides mix within a track, such as opener “Day Drinker” and “Callum Is a Snake”.

So, take the good with the band, and realize that it’ll never be 2005 again (weird to think of the George W. Bush era as the ‘good times’…).