History is cyclical. It’s an old adage constantly proven true in the tastes and styles of the most hip among us.... 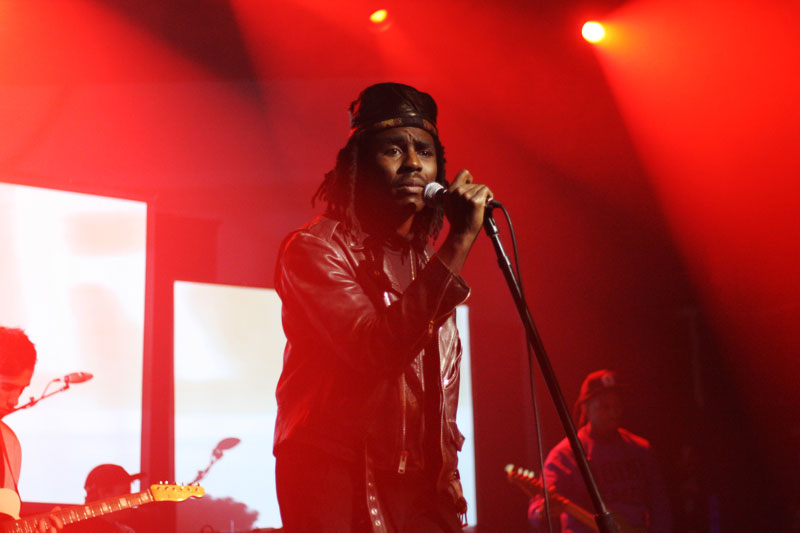 Click here for photos of Blood Orange at 2016 Day For Night Festival in Houston, TX in the QRO Concert Photo Gallery

Click here for photos of Blood Orange at Terminal 5 in New York, NY on October 1st, 2016 in the QRO Concert Photo Gallery

Click here for photos of Blood Orange at 2016 Pitchfork Festival in Chicago, IL in the QRO Concert Photo Gallery

Click here for photos of Blood Orange at Apollo Theater in New York, NY on May 13th, 2013 in the QRO Concert Photo Gallery

Click here for photos of Blood Orange at Mercury Lounge in New York, NY on August 30th, 2011 in the QRO Concert Photo Gallery

As the eight-piece outfit filed onto the stage, the crowd erupted upon first glimpse of Hynes’ entering, stage right.  Hynes has been around since his early days performing and recording as Lightspeed Champion (QRO photos) whilst writing songs for artists like Florence & The Machine (QRO live review) and The Chemical Brothers (QRO album review).  Blood Orange only has two full length albums: 2011’s Coastal Grooves, which failed to make extremely significant waves, and 2013’s Cupid Deluxe, named one of Pitchfork’s best albums of last year.

At Webster Hall on Thursday, it was pretty clear that Blood Orange and Dev Hynes were tapping into that cyclical nature of style – the one that puts Hynes’ Z. Cavaricci-style high-waist pants and leather pillbox hat at the forefront of hipness, rather in the untouchables section of the thrift store racks.

The whole band looked like they stepped out of 1989.  The keyboard player could have been a coke dealer on Miami Vice with his blazer and turtleneck.  Samantha Urbani, Dev Hynes’ girlfriend/back-up singer, sported a multi-color leather jacket.  Both the drummer and guitarist wore five-panel caps while the dreadlocked bassist churned out thumb-slapped grooves.  The mere existence of a saxophone placed Blood Orange in an aesthetic that came of age in the late ‘80s and early ‘90s.  The effect might have been cheesy if the whole show wasn’t dripping with so much cool.

The late ‘80s/early ‘90s vibe extended past clothing decisions.  Hynes sang and danced, full of vogue-ing and attitude.  Occasionally he picked up his black Stratocaster and ripped out crowd-pleasing guitar solos that tore through the new-wave-come-R&B textures that the rest of the band wove behind him.  Hynes crept up on the microphone, high-waist pants making his long strides look even longer.  Standing behind the microphone, clutching his elbows and crouching slightly, Hynes sang with quivering tenderness before finishing with a Jackson-esque spin and finger snap.  Perfectly in time with the music, he returned to the mic and sang with the well-deserved confidence of someone who just pulled off a Michael Jackson dance move.  At one point, Hynes traded his black leather jacket for Urbani’s Technicolor dream coat, proving that he could look cool in just about anything.  There is definitely a hint of Prince about Dev Hynes.

“Nostalgia is denial.  Denial of the painful present … it’s a flaw in the romantic imagination of those people who find it difficult to cope with the present.”  Perhaps embarrassingly, given recently resurfaced events, a quote from a Woody Allen movie popped into my head during the show.  Michael Sheen’s character is lecturing Owen Wilson on the misguided nature of his infatuation with the 1920s in Midnight In Paris.  Is it a failure of our collective ability to cope with the present that drives us to wear bucket hats and listen to music we could’ve heard in a department store anytime between 1988 and 1993?  Like Owen Wilson, those of us at Webster Hall on Thursday night romanticized a time period of which we were never a part.  Barring a few older attendees, the crowd at Blood Orange was almost exclusively twenty-somethings, infants during the late ‘80s and early ‘90s.  If we were listening to Prince and wearing LA Gear back then, it was because that’s what our parents put on the radio and on our feet.

So, are we denying our painful present?  Maybe slightly.  Twenty-somethings tend to occupy a transitional place.  Fresh out of school or freshly starting it, at a new job or trying to find one – the time between the ages of 18 and 27 are often spent in search of stability.  Isn’t it possible that when we listen to Dev Hynes special blend of late 80’s sentimentality, we’re reacting to the comfort and stability that we may have felt as kids?  Logically, it makes sense to romanticize a time when most decisions were made for us; a time when all we really had to do was go on play dates with other toddlers and eat our applesauce.

Recapturing a feeling of stability can’t be the only thing that draws us into Blood Orange.  The ‘80s palate from which Hynes draws his inspiration may be what grabs our attention, but it’s not what keeps up there.  Hynes music may be all about nostalgia – but it’s also all about a great guitar solo, a smooth saxophone break, a cool hat, and even cooler dance moves.  It may appeal to our memories of a more stable past, but it also appeals to our sensibility for damn good music. 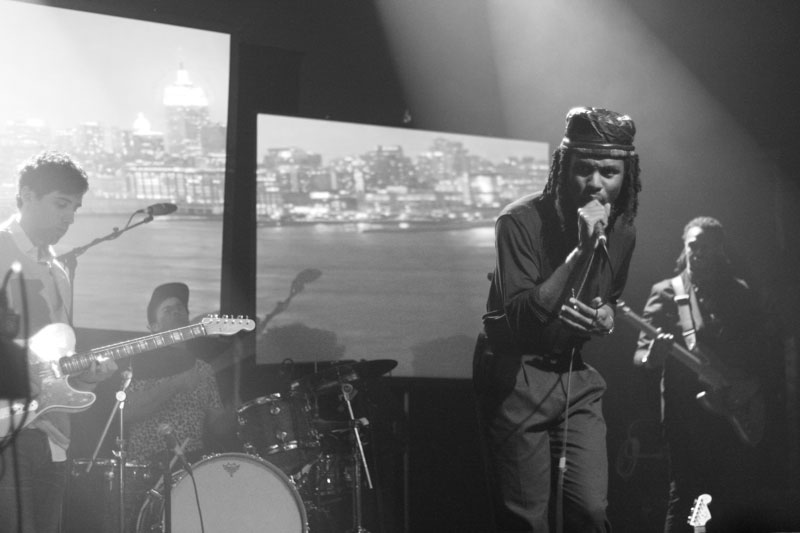